Best of The Daly News

Best of The Daly News 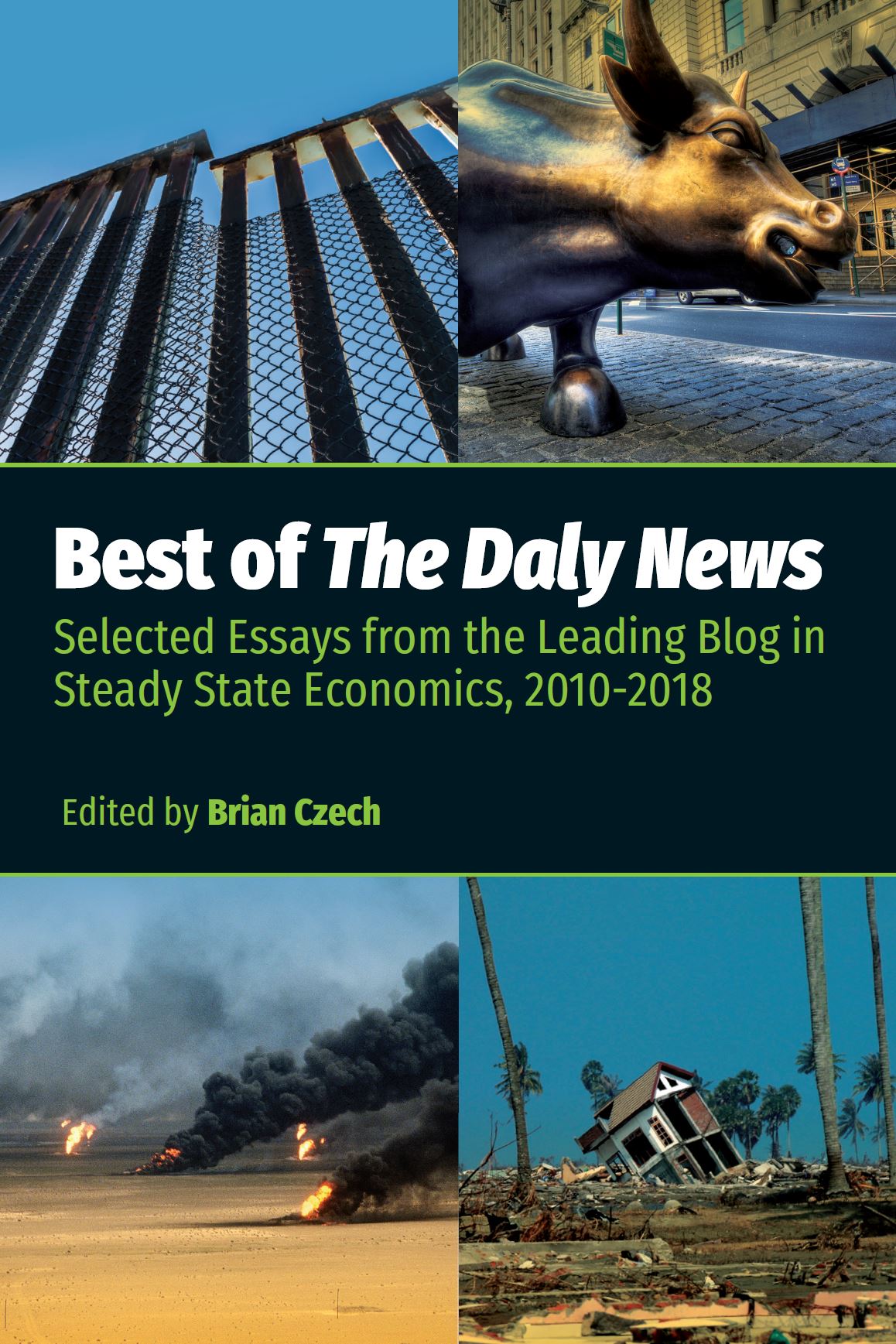 Selected Essays from the Leading Blog in Steady State Economics, 2010-2018

Price: $12.00, no tax, shipping included in the USA. (eBooks emailed outside the USA.) Options for purchasing are listed in order of CASSE preference:

1) Get a free copy by joining CASSE!

Best of The Daly News is CASSE’s membership gift.

Brian Czech has a Ph.D. in renewable natural resources studies from the University of Arizona with a minor in political science. The founding President of CASSE, Czech authored Supply Shock (2013), Shoveling Fuel for a Runaway Train (2000), and The Endangered Species Act: History, Conservation Biology, and Public Policy (2000). He has edited and contributed to numerous other books, and his journal articles have appeared in dozens of peer-reviewed outlets, dealing primarily with ecological and economic sustainability. As a long-time conservation biologist at U.S. Fish and Wildlife Service headquarters, Czech played a leading role in engaging the natural resources professions in ecological economics. He also served as a visiting professor for Virginia Tech, teaching ecological economics in VT’s National Capitol Region.