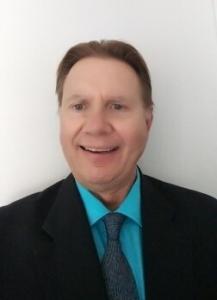 Brian Czech is the founding president of CASSE (established in 2003) and signed on as executive director in 2017. Czech served as the first conservation biologist in the headquarters of the U.S. Fish and Wildlife Service from 1999-2017, and as a visiting professor of natural resource economics in Virginia Tech’s National Capitol Region during the same period. In 2019, Czech was designated an Eco-Hero by Public Employees for Environmental Responsibility (PEER). He is the author of several books including Supply Shock, Shoveling Fuel for a Runaway Train, and The Endangered Species Act, as well as over 50 academic journal articles. Czech is a frequent speaker, commentator, and a regular contributor to the Steady State Herald. He has a B.S. from the University of Wisconsin, an M.S. from the University of Washington, and a Ph.D. from the University of Arizona. 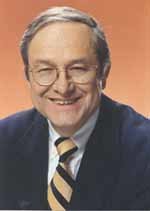 Brent Blackwelder is the emeritus president of Friends of the Earth. Brent was a founder and first chairman of the board of American Rivers, our nation’s leading river conservation organization. He was also one of the founders of the Environmental Policy Institute, which merged with Friends of the Earth in 1989. He has testified in front of Congress on pressing environmental issues more than 100 times. As a leader in the effort to save rivers, Brent helped expand the National Wild and Scenic Rivers System from eight rivers in 1973 to over 250 today. He also worked to eliminate over 200 dams and other water projects that would have destroyed rivers, wetlands, wildlife and areas of special scientific value. Brent initiated campaigns to reform the World Bank and succeeded in getting Congress to enact a series of significant reforms directing the Bank and other multilateral lending institutions to pay more attention to the environment. He graduated summa cum laude from Duke University and received an M.A. in mathematics from Yale, and a Ph.D. in philosophy from the University of Maryland.

Josh Farley is an Ecological Economist and Professor in the department of Community Development and Applied Economics at the University of Vermont.  He has previously held positions as the program director at the School for Field Studies, Centre for Rainforest Studies and as executive director of the University of Maryland International Institute for Ecological Economics. He also co-authored Ecological Economics, Principles and Applications with Herman Daly. Josh’s research encompasses finance, monetary policy, economic institutions, food system sustainability, and information and innovation. He serves on the board of directors for the International Society for Ecological Economics, Earth Economics, and Natural Paths Sanctuary. He is also a fellow at the Post Carbon Institute and the Gund Institute for the Environment. 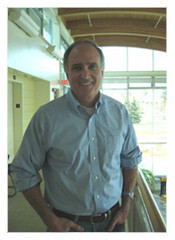 David Orr is a professor of environmental studies and politics at Oberlin College. He has written five books, published 150 articles, and serves as a contributing editor to Conservation Biology. He is best known for his pioneering work on environmental literacy in higher education and his recent work in ecological design. He is the recipient of a Bioneers Award (2003), a National Conservation Achievement Award by the National Wildlife Federation, and the Lyndhurst Prize. He was named “an Environmental Hero for 2004” by Interiors & Sources Magazine. He holds three honorary doctorates and has been a distinguished scholar in residence at several universities. In a special citation, the Connecticut General Assembly noted Orr’s “vision, dedication, and personal passion” in promoting the principles of sustainability.

Dr. Heather Reynolds is the Director of Graduate Studies and Associate Professor of Biology at Indiana University. With a Ph.D. from the University of California, Berkeley, her research has been focused on plant ecology and microbial biology. She is a recipient of Indiana University’s Excellence in Research Campus Catalyst Award, the Beth Wood Distinguished Service-Learning Faculty Award, and the Service-Learning Partnership Award. Dr. Reynolds has also been active in steady statesmanship at the local level, and played a key role in the Bloomington Environmental Commission’s precedent-setting endorsement of the CASSE position on economic growth.

Chris Robinson is an associate professor at Clarkson University focused on political theory. He specializes in societal responses to political trauma, ecological catastrophe and the political ramifications of limits to economic growth. Robinson teaches classes in Environmental Law and Policy, Constitutional Law, Politics, Human Rights, Laws and Bioethics, and Political Theory. He is a philosopher of political science with a particular expertise on the work of Ludwig Wittgenstein. In his spare time, Chris is a co-host of “Readers and Writers” on North Country Public Radio. Chris has been an active member in the U.S. Society for Ecological Economics, and collaborated with CASSE efforts to advance the steady state economy in The Wildlife Society.