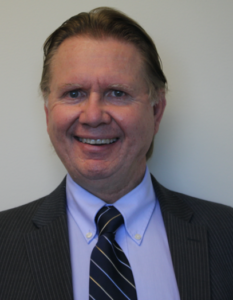 Brian Czech is the founding president of CASSE (2003), and signed on as executive director in 2017. Czech served as the first conservation biologist in the history of the U.S. Fish and Wildlife Service from 1999-2017, and concurrently as a visiting professor of natural resource economics in Virginia Tech’s National Capitol Region. He is the author of several books including Supply Shock, Shoveling Fuel for a Runaway Train, and The Endangered Species Act: History, Conservation Biology, and Public Policy, as well as over 50 academic journal articles. His primary contributions to ecological economics pertain to the trophic theory of money, the process of technological progress, and the political “steady state revolution.” Czech is a frequent speaker, moderator, commentator, and regular contributor to the Steady State Herald. He has a B.S. from the University of Wisconsin, an M.S. from the University of Washington, and a Ph.D. from the University of Arizona. Brian has been designated an “eco-champion” by Public Employees for Environmental Responsibility, an “eco-hero” by Ecohearth, and one of the “top 100 inspirational leaders” by the Post-Growth Institute. Contact Brian.

Haley Mullins joined the CASSE team as managing editor in July 2021. She has a B.A. in English with a concentration in creative writing from Appalachian State University, and an M.P.S. in publishing from The George Washington University. Prior to coming to CASSE, Haley taught middle school English, edited for an online news source, and was a freelance writer. Haley manages the Steady State Herald, book projects for the Steady State Press, and CASSE’s newsletter, The Steady Stater. Contact Haley.

Taylor Lange joined CASSE in 2021. He has a B.A. in environmental planning and an M.A. in geography from Binghamton University. Taylor also has an M.S. in resource economics and policy and a Ph.D in ecology and environmental science from the University of Maine. His work has been published in the Journal of Evolutionary Economics and the Cooperative Business Journal. Taylor leads CASSE’s GDP Correlates Project, a data-driven investigation on the environmental and social impacts of GDP growth. Contact Taylor.

Dave joined the CASSE team as development manager in April 2022, bringing over 20 years of experience in the nonprofit sector with him. He has managed multi-million-dollar portfolios for organizations such as the National Ballet of Canada, Oxfam, TVO, Toronto Environmental Alliance, and Save the Children, among others. Through his work, he has acquired a unique perspective and a deep level of sector expertise in donor stewardship, program strategy, development, budgeting, implementation, and staff management. Contact Dave.

Trevor Reilly joined the CASSE team as internship coordinator in May 2022. With a B.A. in Political Science from the University of Central Florida, he has a history of nonprofit activism through work with Churches for Middle East Peace and his tenure as a chapter leader of the United Nations Association. He draws upon his experience with political campaigning and mobilization, as well as his passion for sustainable policy in his current role recruiting, orienting, and supervising CASSE’s interns. Contact Trevor. 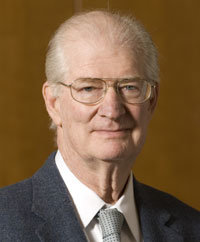 Herman Daly is on the CASSE board of directors and serves as the chief economic advisor for CASSE publications and projects. He is a professor emeritus at the University of Maryland, School of Public Policy. From 1988-1994 he was a senior economist at the World Bank, and prior to that a professor of economics at Louisiana State University. He holds a B.A. from Rice University and a Ph.D. from Vanderbilt, where he was advised by Nicholas Georgescu-Roegen. He co-founded the journal Ecological Economics and has written many articles and books, including Steady-State Economics, For the Common Good (with John Cobb), Valuing the Earth, Beyond Growth, Ecological Economics (with Josh Farley). Herman is a recipient of Sweden’s Honorary Right Livelihood Award, the Heineken Prize for Environmental Science, the Leontief Prize, the Medal of the Presidency of the Italian Republic, and the NCSE Lifetime Achievement Award.