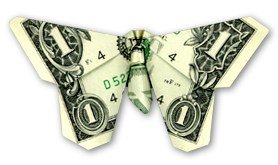 Dave Gardner is looking forward to the economic metamorphosis, and maybe you can help him get it started.