Science, including social science, cannot be normative. That is, it cannot tell us how we should act. It can predict the consequences of our actions, but should questions are ethical questions. Science is an epistemology—the branch of philosophy dealing with the nature of knowledge—for studying observable phenomena. As such, it can describe behavior, but it cannot prescribe behavior.

Prescribing behavior, whether personal behavior or public policy, requires ethics, another branch of philosophy. There are two basic ethical systems we rely on: deontological and utilitarian. Deontological ethics are rule-based. An action is right or wrong based on if it follows some rule. Among philosophers, Immanuel Kant’s categorical imperative is the most famous example of a deontological ethic, but such ethics have ancient origins. “Thou shall not kill” is a deontological ethic as is “do unto others as you would have them do unto you.”

The alternative is utilitarianism, developed formally by Jeremy Bentham in the late 18th century, although it also flowed from older roots in Greek hedonism. Utilitarianism is consequentialist; there are no rules that demarcate right from wrong, but instead the rightness of an action depends on the consequences of the action. And, in utilitarianism, the consequences are judged by whether they increase the aggregate utility of a people. Utility itself has proven a tricky thing to define, but we might consider it happiness or pleasure. Thus, to a utilitarian, a thing is right if it increases the pleasure (or decreases the pain) of a population.

Economics, including steady state economics, is built on a utilitarian foundation. The goal of neoclassical economic analysis is to maximize aggregate utility (subject to some rather subjective assumptions). Since neoclassical economics largely equates utility with consumption, the predictable result is that the best way to increase utility is to increase consumption. Perhaps just as worryingly, most economists are unaware of the ethical assumptions entailed by utilitarianism. That is, they advocate for policies that maximize utility, without any regard to whether: a) anyone should want to maximize the thing they call utility, or; b) anyone should want to maximize utility, however defined. 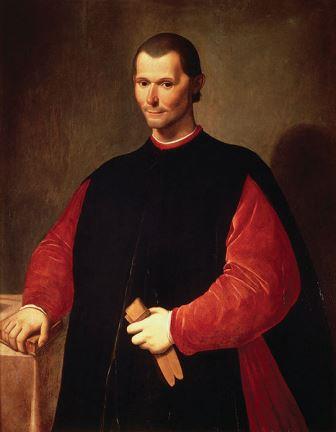 Herman Daly and John Cobb addressed the first of these questions by redefining utility in For the Common Good. Daly and Cobb argued that neoclassical economics starts with a flawed image of humanity called Homo economicus. Homo economicus is entirely self-centered and cannot derive utility from another’s happiness. Further, Homo economicus’ happiness is almost entirely dependent on the abundance of its possessions, its appetite for which is insatiable. This is no one’s ideal of humanity. Yet economists then build models to try to figure out how to get Homo economicus more of what he or she wants. But that process can only get us to a more deeply flawed humanity. By starting with the wrong definition of utility, we end up with a twisted economics.

Daly and Cobb proposed a new utility. They argued that utility was a group-level phenomenon that was more complex than just the sum of its parts. My happiness depends on your happiness and does so in complex ways, and so a policy that seeks to maximize each individuals’ utility, without understanding that humans are social inter-dependent creatures (as the neoclassical definition does) is doomed to fail. Daly and Cobb’s utility concept fit better with who humans are and who we should be, yet Daly and Cobb remained utilitarian. The purpose of their writing was to offer a better utility, not dismantle utilitarianism.

But humans are not utilitarian. Or at least most of us aren’t much of the time. Most of us fall somewhere in the middle of the deontological-utilitarian spectrum using different frameworks for different ethical dilemmas. And those of us who most clearly are utilitarian tend to be psychopaths. Go ahead. Click that link. Or this one. Or even this one. What you will find are cognitive psychology studies over the past decade that have evaluated where people fall on a deontological-to-utilitarian spectrum. In general, they provide respondents with a series of moral dilemmas that have different responses for a utilitarian and a deontologist and give these same people personality tests. What they find is that people who score highly for ratings of utilitarianism also score highly for the “dark triad” personality traits: Machiavellianism, narcissism and psychopathy.

Of course, humans devised these two ethical systems, and humans derived these measures of personality. So, what these studies mean is that people who score highly for utilitarianism also tend to score highly for traits that we typically describe as unethical.

This is not to imply that economists are psychopaths, nor even that we should scrap utilitarianism altogether. The studies mentioned above generally evaluated utilitarianism using “high-stakes” ethical dilemmas (e.g., saving people from an oncoming train) which aren’t identical to the sorts of ethical dilemmas faced by normative economists (e.g., setting marginal tax rates). But they may nonetheless lead us to wonder if utilitarianism should be the primary basis for our public policy and if we couldn’t build an economics, even a steady-state economics, on deontological, rather than utilitarian, footing.

The best part of quarantine is catching up on my Netflix queue. But the second-best part is catching up on my reading. Among the books I’ve been reading is Tenacious Solidarity by Walter Brueggemann. In many ways Brueggemann echoes the themes Daly and Cobb explored, but where Daly and Cobb started from an economic, utilitarian worldview, Brueggemann, a theologian, starts from an exegetic one. To Brueggemann, biblical history, and its secular echo, is a struggle between techne and metis. Techne is totalist, technological, quantifiable, and economic. It maximizes efficiency. It uses power and war. Metis is small, inefficient, qualitative and low tech. A craftswoman is metis; a factory is techne. Isiah and Jesus are metis, Solomon and Caesar are techne. Techne extracts from the poor and gives to the rich. Whether or not Caesar can increase the efficiency of production and thus raise “utility” becomes an expression of the totalist power of an intrinsically evil state. To Brueggemann, techne is wrong and disordered; metis is human-scaled and right. Thus, the rightness or wrongness of an act does not depend on its consequences but on its nature.

Brueggemann, like the biblical tradition more generally, is not utilitarian but deontological. Adultery is wrong, regardless of the utility consequences among its participants. Violence is wrong. Greed is wrong. It does not matter whether or not enough violence can increase the net utility of society (e.g. the Pax Romana), it remains wrong. Nor does it matter if greed can be used to motivate an efficient market, it still remains wrong.

Since the advent of utilitarianism, we have grown increasingly uncomfortable with the sort of language that describes acts as right or wrong, especially because they remind us of an antiquated religious worldview that used the same language to serve its own ends. Utilitarianism fit well in our secularizing culture because it provided an ethic that matched, not who we wanted to be, but who we already were. It did not appeal to the better angels of our nature. It required nothing from us other than that which we already were predisposed to do.

Can a Steady State Be Deontological?

Absolutely, although like utilitarianism, deontology could just as easily lead to growth mania. It is “which” deontology that matters. Bruggeman makes a compelling case that the deontology of the Hebrew scriptures is steady statish, although he doesn’t use those words. I tend to think that Jesus’s teachings against greed could lead to a similar deontological steady-state ethic. 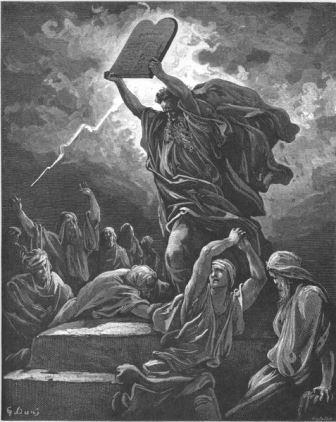 But many people are uncomfortable with religious deontology, and with good historical reason. The church has labeled homosexuality “intrinsically disordered,” and this is a deontological statement just like “love your enemies.” So, perhaps some skepticism of religious deontology is warranted.

Perhaps the better question for our secular culture is, “can we craft a secular deontological ethic?” Again, I think we can, and I think Immanuel Kant’s categorical imperative offers a glimpse forward. The categorical imperative, which is entirely secular, requires you to act in a way such that by your action you would create a universal law. In other words, Kant asks us to act such that whatever we do today would be how all people, everywhere and forever, acted. Note, deontology transcends time; whatever applies to me today will apply to people 1000 years from now. Note also that logical contradictions are fatal flaws to any proposed action. Thus, if we propose “it is permissible to steal” as a categorical imperative, it would fail due to contradiction. To say it is permissible to steal implies the existence of private property, but if theft was permissible, in essence there would be no private property.

Given this, ask yourself how much of resource X you would use, if by your use you set a moral law that would be followed by everyone? If you use less of X than you need to survive, you, and thus all other people, would die. This results in a contradiction because if there were no people to use resource X, there would be no categorical imperative regarding its use. But if you use more than you need, then you have set a precedent by which X is rapidly depleted. Again, this creates a contradiction, because if there is no resource X, then there is no maxim by which to partition it. The answer, then, is to use as little of X as required to maintain your life at the standard all people can maintain indefinitely. That is, the solution is to use resource X sustainably.

The way we think about our ethics matters, but the way we talk about our ethics matters just as much. I worry that our emphasis on economic utilitarianism may not connect with the vast majority of people who mix utilitarian and deontological systems for making ethical choices. I wonder if many of these people think in terms of right and wrong, reflecting the lessons they learned in kindergarten and Sunday school, and that if the best way to connect to such people is via similar language. Greed is wrong. Growth is wrong. Sharing is good. Sustainability is good. It is simple, maybe simplistic, and it is not intended to be a replacement for the utilitarianism, but a complement.

For the past hundred years, our public policy has been dominated by utilitarianism, at least concerning the economy and the environment. Given that this period has given us climate change, acid rain, Minamata disease, Bhopal, Chernobyl, DDT, dioxins, the Exxon Valdez and Deepwater Horizon, a hole in the ozone layer, the depletion of marine fisheries and freshwater aquifers, soil loss, deforestation, and biodiversity loss, perhaps it is time to try something else? Perhaps even an ethical system that isn’t known to be associated with psychopathy? 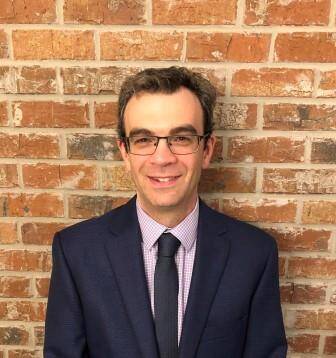