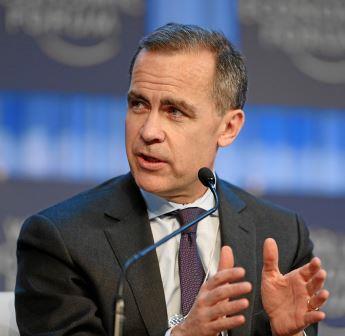 These are not the words of an environmental activist, Green politician, or concerned steady stater. These are the words of a neoliberal former investment banker. A former governor not only of the central bank of his native Canada but also the Bank of England.

Mark Carney is the latest “significant international thinker” to be invited to deliver the BBC’s flagship annual lecture series: The Reith Lectures. In his four-part series, entitled “How We Get What We Value,” Carney eloquently identifies many of the problems with the model on which many of the global West’s and North’s economies are based. But the solutions he proposes fall woefully short, offering more of the same when the changes we need will have to be more radical at this stage.

The Deity of the Market

Carney begins his first lecture with a story, spinning a narrative to shine a light on a fundamental truth:

At some point every North American child learns a sentimental story by an American writer, O. Henry. It tells the tale of a newlywed couple one Christmas Eve. Penniless and frantic to find a gift for her husband, Jim, Della sells her long tresses of hair and uses the proceeds to buy a chain for his beloved watch. When they are reunited for dinner in their small apartment […] she discovers that Jim has just sold his watch to buy a set of combs for her hair. He has no watch, she’s cropped her hair, and although they are left with gifts that neither can use, they realize how priceless their love really is. Now, when I first heard that story, it had its desired effect. I momentarily forgot about the hockey stick I’d been coveting and thought more about my mother’s need for new slippers. It’s in the giving that we receive.

Henry’s The Gift of the Maji, Carney laments, teaches a moral truth that has been eroded from our collective conscience as neoliberal values escape the confines of the market and seep into our social lives. Delivering his lectures in Glasgow, the birthplace of capitalism’s founder Adam Smith, Carney argues that our current economic hegemony is a far cry from what Smith envisioned. Whilst Smith warned of “the mistakes of equating money with capital and divorcing economic capital from its social partner,” we have blurred the lines between economic and social value since the rise of Thatcherism in the UK and Reaganomics in the USA. The pandemic has illustrated the ugly effects of this conflation in horrific detail. If we do not learn our lessons, the climate will be an even less forgiving teacher.

Carney provides a rather terrifying insight into just how powerful the market has become. He recounts how, upon joining the G7 in the early 2000s, he discovered an environment where “policymakers like [himself] had nothing to tell the market—they only had to listen and learn.” This mindset led to a poignant observation from Carney’s colleague Tommaso Padoa-Schioppa: “When we grant an entity infinite wisdom, we enter the realm of faith.”

Tommaso Padoa-Schioppa: “When we grant an entity infinite wisdom, we enter the realm of faith.” (Image: CC0, Credit: Stephen Jaffe)

If the market has become a deity, then it is not a benign one. When we remove the agency of policymakers and replace it with blind faith in the entity of the economy, we forget that it is an entity we constructed. It must work for us, or it does not work at all.

The Incentive of Civic Duty

The intrusion of market values into the moral sphere is the core problem that Carney identifies, and it is one of the key issues that a steady state economy would aim to set straight. However, Carney also offers insight into an interesting phenomenon that may hold the key to gaining mainstream acceptance of steady-state ideas.

Despite the increasing inference of economic value on noneconomic activities, devaluing them when there is a lack thereof, monetization of an activity can actually decrease its perceived value. Carney raises several examples. In the UK donating blood is a voluntary activity, whereas in the USA blood donors are compensated, and the former yields far greater participation. Fines for late pickups from childcare are viewed by parents as simply the financial cost of being late and not as appropriate chastisement. And in a study (which Carney sadly does not cite), children were shown to be more incentivized to raise money for charity when they were not paid for their troubles. In other words, a sense of civic duty is a powerful motivating tool. But when we allow the market to infringe upon civic life, it ascribes financial value to civic actions, and slowly we begin to see only the financial value and not the intrinsic one.

This logic can be mapped onto the climate crisis, though Carney stops short of doing so. In a consumerist society, the environment is framed as an asset to be exploited. If it is worth protecting, then we only protect our ability to extract value from it in years to come. This is a long-term financial motivation which, as Carney argues, is inherently weak and will always be superseded by the short-term financial incentive to exploit the natural world as quickly as possible, no matter the damage caused.

Advancing the steady state economy fundamentally changes the way we frame the environment, and we must begin changing that frame before we have any hope of achieving our economic goals. Framing the environment as intrinsically valuable—a social good or even a good thing in its own right rather than merely an economic good—is essential in order to incentivize people to protect it. Once we begin to see protecting our environment as a civic duty—to both the environment itself and our fellow human beings—the incentive is far greater. But in order to create this sense of civic duty, we must first redefine the lines between economic and social value.

The Solution Is Not Tinkering

Though the problems Carney identifies in his first lecture are sound, the solutions he identifies in his fourth fall short of the mark. He recalls the moment he sat in the UN General Assembly and heard Greta Thunberg stand up and address the room:

“You’ve stolen my dreams and my childhood with your empty words. And yet I am one of the lucky ones. People are suffering. People are dying. Entire ecosystems are collapsing. We are in the beginning of a mass extinction, and all you can talk about is money and fairy tales of eternal economic growth. How dare you!”

Greta Thunberg to the Mark Carneys: “…all you can talk about is money and fairy tales of eternal economic growth.” (Image: CC BY 2.0, Credit: European Parliament)

Whilst Carney acknowledges the “power of Greta Thunberg’s message,” he refuses to accept her analysis. “The market is not the answer to everything, but it can play a critical role in solving many of humanity’s greatest challenges,” he argues. “Continued growth isn’t a fairy tale—it’s a necessity.”

Carney’s view is that net-zero carbon emissions will only be achieved by manipulating the market to favor businesses who are environmentally conscious. By forcing businesses to work toward carbon neutrality by making it more profitable for them to do so, the climate crisis could be solved whilst growth continues to soar. Mark Carney wants to have his cake and eat it too.

In making this argument, Carney completely undermines his analysis from previous lectures. What his solution amounts to is a financial incentive, the likes of which he laments the limits of earlier in the series. It is a far easier fix than initiating a fundamental hegemonic shift, but it is also far less sufficient. If financial incentives are weaker than civic ones, why would we not aim for the latter?

Carney seems to also assume that the only issue with endless growth is that it causes carbon emissions. This is far from the truth. A society centered around GDP growth can make our vehicles less efficient, our commutes more stressful, our work more time consuming, our healthcare more expensive, our family time more scarce, and our civic calling short-changed. In other words, not only the environment but our personal and social wellbeing suffers from the obsession with GDP.

When it comes to the environment, the climate crisis is not just what we’re putting into our atmosphere, it’s what we’re taking out of our ecosystem. A carbon tax would do nothing to address the exploitation of other natural resources, the destruction of habitats, and the attitude that everything on the planet is ours for the taking. To follow Carney’s lead would be to leave the clock ticking indefinitely, solving one crisis but awaiting the inevitability of the next.

The climate crisis, just like our wellbeing and inequality crises, will not be solved by economic tinkering. In identifying that the structure of our economies has a role to play, Mark Carney has come halfway to realizing what is required. Old habits die hard, but it is time for him to let go of the notion that “the market knows best.”

James MacGregor Palmer graduated from Newcastle University with a BA in Music with Politics in 2019 and is pursuing a master’s degree in International Journalism at the University of Stirling.

Neocornucopianism and the Steady State: Part I
8 replies