In the heart of the Cold War, John F. Kennedy proclaimed, “Ich bin ein Berliner.” More than halfway to a century later, my solidarity is with a different European ideology, which traces its roots to the French scholar Serge Latouche. I say, “Je suis pour la décroissance.” 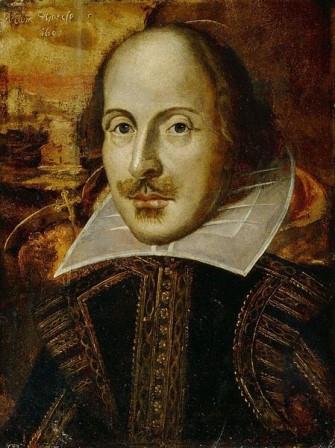 Shakespeare would have a question for degrowthers. (Image: CC0 1.0, Credit: The Washington Times)

Yes, I am a degrowther, secondarily at least. I prefer to identify primarily as a steady stater, but by now—well into the 21st century—we steady staters realize the global economy is almost certainly beyond its long-term capacity. No one in steady-state economics is advancing the notion of a perpetual, pre-covid $88 trillion economy. In other words, we’re all for “degrowth toward a steady state economy.”

In many ways, steady staters were the original degrowthers, with Herman Daly at the forefront since the 1960s. I joined the pack around 1995, in the midst of my Ph.D. research, which included an interpretation of the Endangered Species Act as an unintended prescription for a steady state economy. As the author of the CASSE position on economic growth (with input from Daly and others), and as alluded in the last two clauses thereof, degrowth was on my radar more than 20 years ago.

In the “old days,” though, the degrowth movement in English-speaking circles often went by another slogan, “contraction and convergence.” Informed by yet other steady staters—notably the ecological footprint trackers Bill Rees and Mathis Wackernagel—scholars started calling for a contraction of the global economy before striving for a steady state. Knowing such contraction wasn’t politically viable globally without the spreading of some wealth from richer to poorer nations, they coupled the concept of contraction with the concept of convergence. A convergence of wealth, income, and opportunity was required if there was to be any hope for “steady statesmanship” in international diplomacy.

Why bother with the mini-history? Because there seems to be a peculiar notion (to be explored shortly) coming out of pockets of the degrowth movement, particularly in Western Europe. In my opinion, it’s a notion that threatens the credibility and effectiveness of the broader non-growth or post-growth movement. Therefore, it becomes important at this stage to wrangle a bit on the identity and future of the movement.

Such wrangling should start with the realization that no one has a monopoly over the word “degrowth.” While the socially constructed Wikipedia might relay the notion that “degrowth” is “a political, economic, and social movement,” in reality, “degrowth” is a word, and a word with a perfectly clear meaning. The political, economic, and social program entailing degrowth can rightly be called a “degrowth movement,” but not “degrowth” per se.

Degrowth: The Meaning vs. the Movement

Hearkening back to our Shakespearian poem, and speaking as an original degrowther, I for one don’t have any doubt. Why of course I’m for lowering GDP! Not recklessly, draconianly, or stupidly. But certainly and significantly. Why deny it?

Yet many degrowthers—or many who identify themselves thusly—seem quite agnostic about GDP degrowth. Some readers are probably wondering, “Seriously? Can there actually be degrowthers—people calling for degrowth—who deny that degrowth entails a declining GDP?” And who could blame the poor reader, as the very first metric that would come to most minds, when thinking of degrowth, would indeed be GDP. From the Cold War to Brundtland Commission win-win rhetoric to Trumpian politics identifying GDP growth as Goal #1, growth has always been about GDP! When growth is all about GDP, why certainly degrowth would be all about GDP, or at a minimum decisively in favor of declining GDP!

Might I be making a mountain of a molehill? I don’t think so. Maybe a knoll from a hummock, but even a hummock is an obstacle, and hummocks have potential for growing into knolls.

As evidence for the hummock, I would like to quote a degrowther (who shall remain anonymous) who replied to a tweet in which CASSE polled the Twittersphere, “What should the priority be in the post-COVID economy?” First, let’s consider the poll results:

Of course the poll was not conducted with Pew-like research methods and standards. CASSE is followed on Twitter largely by those who get it about limits to growth, so no one would claim the results to be representative of the general public. Furthermore, the difference between steady-state and degrowth votes is statistically insignificant. The key point here, though, is not so much the tally, but rather some verbal responses to the poll and to the covid-caused recession in general, starting with the aforementioned, anonymous degrowther.

The degrowther stated in an email, “What this tweet suggests is that the current situation of economic crisis corresponds to degrowth. The problem is not just that this statement is inaccurate since degrowth does not equal less GDP, but also that it is damaging to the advocacy work that we do here…” (emphasis added).

The full email suggested that the quotee is no muddleheaded green growther, but rather a reputable and scholarly degrowther, and perhaps something of a leader in the field. Therefore, I do not think the quotee was implying, much less believing, that degrowth is congruent with a growing GDP. Rather, I think the quotee was striving to emphasize—and wanted others to strive likewise—that, in the European degrowth movement, “degrowth” is supposed to connote far more than a decreasing GDP, including a thorough political package of social justice. Unfortunately, however, the language used to de-emphasize GDP is often confusing and too inconclusive about the need for lowering GDP.

One degrowth leader, Giorgos Kallis, doesn’t offer much clarity, at least not in writing, by insisting that “Degrowth is anything but a strategy to reduce the size of GDP.” Similar to the anonymous quotee, he surely doesn’t believe in “green growth,” as the corresponding video (and recent scholarship) helps to clarify. Yet he wants the degrowth movement “to be distinguished from recession or depression” so much that he downplays the need for declining GDP.

A similar lack of enthusiasm for lowering GDP is found in the article, “Their Recession Is Not Our Degrowth!” The author, Federico Demaria, wrote about degrowth, “Our proposal is not necessarily to reduce GDP (an arbitrary indicator), but rather to ask new questions and search for alternatives to today’s society based on a predatory, unjust and unsustainable capitalist economic system.”

The Significance of GDP in Growing, Degrowing, and Steady State Economies

If Mark Twain were a steady stater (which would not be surprising), he might apprise, “The reports of GDP’s arbitrariness are greatly exaggerated.” In fact, GDP is perhaps one of the least “arbitrary” of all the macro indicators on Earth. GDP growth has been soberly and deliberately (albeit unwisely in recent decades) selected as a central economic policy goal for close to a century. The outcomes are far from unclear, either. GDP serves as an indicator of dozens or hundreds of things, and it is a rock-solid indicator of at least five:

Now this isn’t the article for refuting the increasingly irrelevant neoclassical growth economists who believe in perpetual GDP growth. That can be and has been done in many other venues. This is an opportunity, on the other hand, for squaring up degrowth and steady-state messages. Let’s start with the five points noted above.

The trophic structure of the human economy establishes that a growing GDP requires increasing throughput, even with technological progress. Pollution is an inevitable function of the second law of thermodynamics, and increases with GDP. The causes of biodiversity loss are like a Who’s Who of the economy. Biodiversity is in turn the top indicator of ecological integrity and environmental health, which decline as the economy grows. We might even view the economy as an $82 trillion giant, stomping across the landscape, leaving its ecological footprint.

In addition to the five points above, it’s no stretch of common sense—much less sound science—to identify tight linkages between GDP and:

So, does anyone still feel like ignoring GDP? Or downplaying the importance of degrowing it? Here then is one last try to get us over the hump.

The GDP Question in the Politics of Degrowth: We Can Handle It

Assuming we truly do want a decreasing GDP—which we desperately need for the sake of environmental protection, economic sustainability, national security, and international stability—we must strive for it as politically effectively as possible. For degrowthers in western Europe, apparently this entails assuaging the concerns of those who want “degrowth” to automatically connote goodness, or at least improvement from current badness. Connoting goodness or improvement is a tough sell when the public is accustomed to thinking of improvement (if not goodness) in terms of a growing GDP. But that’s our job!

One subtle approach is Timothée Parrique’s proposal (page 326 of his Ph.D. dissertation) for distinguishing linguistically, and thus connotatively, between “degrowth” and “de-growth.” The unhyphenated “degrowth,” then, would connote the broader degrowth movement and all it stands for. “De-growth,” on the other hand, would be limited to the trend in GDP.

Our attempt to distinguish, via hyphen, between neoclassical and sustainable concepts would be well understood in only a tiny corner of academia where political science and ecological economics meet (and where neoclassical economists rarely interlope). Outside of that corner, any effects would be marginal. The hope, though, is that neoclassical growth theory will fade far enough away as to leave the “steady state economy” as the only entry that really matters for purposes of politics and policy, even if “steady state” is occasionally or inadvertently hyphenated.

Similarly, I suspect Parrique’s distinction will be understood only within the tight confines of the academic degrowth literature. Outside those confines, especially all the way into public dialogue, “degrowth” will be used just as it sounds and—pursuant to the “Commoner’s Dictionary”—just as it means: Decreasing and, in particular, decreasing GDP.

The bigger point is, that’s not a bad thing! It is decidedly, decisively a good thing in the 21st century. We want GDP degrowth, all the way back to a sustainable and ideally an optimal steady state economy. Of course, it’s not the ultimate end-all goal, but it’s much more than a trivial means to an arguable end. GDP degrowth is such a necessary condition for sustainable wellbeing, it’s crucial that we strive for it.

So, if degrowthers are worried about the tarnishing of their message with the connotations associated with recession, coronavirus, or a covid-caused recession, my response is: That’s life. It’s not easy. It will take plenty of political prudence, and tireless determination, to advance the steady state economy—or degrowth toward a steady state economy—as the central economic policy of the 21st century. We have to learn how to communicate, with clarity if not flair, what Herman Daly has long emphasized; namely that a failed growth economy is not the same as a successful steady state (or successfully degrowing) economy. I think we can do it, but not if we waffle on the need to degrow GDP, which only confuses observers and allows for the persistence of “green growth” fantasies.

Je suis pour la décroissance. That’s right, I am a degrowther. And I’m all for GDP degrowth!

Brian Czech is the executive director at CASSE.

Peace, Love, and the Gift

Building Upon the Trophic Theory of Money: Preliminary Results from Canada Pandemic and the Policy Roots of a Steady State Economy
Scroll to top
$