The reason for pluralizing the “population problem” to the populations of all dissipative structures is two-fold. First, all these populations require a metabolic throughput from low-entropy resources extracted from the environment and eventually returned to the environment as high-entropy wastes, encountering both depletion and pollution limits. In a physical sense the final product of the economic activity of converting nature into ourselves and our stuff, and then using up or wearing out what we have made, is waste. Second, what keeps this from being an idiotic activity, grinding up the world into waste, is the fact that all these populations of dissipative structures have the common purpose of supporting the maintenance and enjoyment of life. 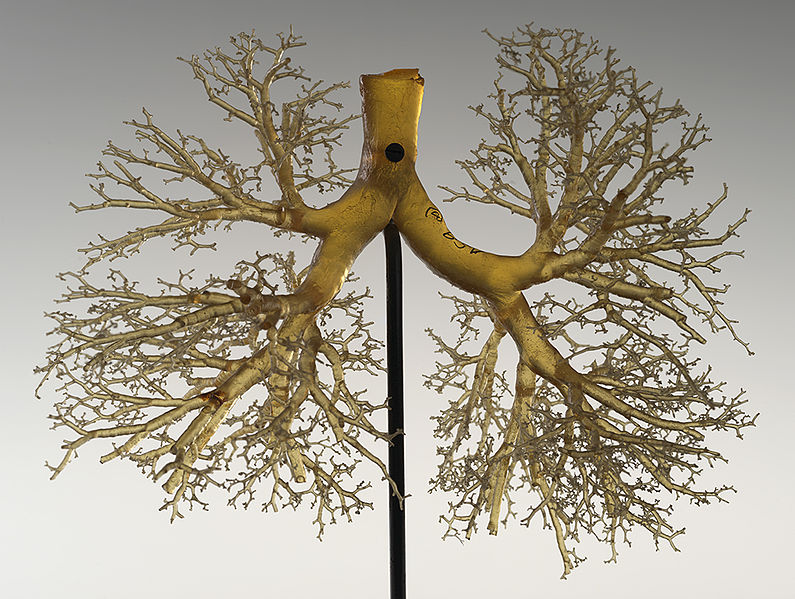 What good are endosomatic organs without the support of exosomatic natural capital? (Image CC BY-SA 2.0, Credit: Centre for Research Collections University of Edinburgh)

As A. J. Lotka pointed out, ownership of endosomatic organs is equally distributed, while the exosomatic organs are not. Ownership of the latter may be collective or individual, equally or unequally distributed. Control of these external organs may be democratic or dictatorial. Owning one’s own kidneys is not enough to support one’s life if one does not have access to water from rivers, lakes, or rain, either because of scarcity or monopoly ownership of the complementary exosomatic organ. Likewise, our lungs are of little value without the complementary natural capital of green plants and atmospheric stocks of oxygen. Therefore all life-supporting organs, including natural capital, form a unity. They have a common function, regardless of whether they are located within the boundary of human skin or outside that boundary. In addition to being united by a common purpose, they are also united by their role as dissipative structures. They are all physical structures whose default tendency is to dissipate or fall apart, in accordance with the entropy law.

Although human evolution is now decidedly purpose-driven, we continue to be enthralled by the neo-Darwinist aversion to teleology and devotion to random. Economic growth, by promising “more for everyone eventually,” becomes the de facto purpose, the social glue that keeps things from falling apart. What happens when growth becomes uneconomic, increasing costs faster than benefits? How do we know that this is not already the case? If one asks such questions one is told to talk about something else, like space colonies on Mars, or unlimited energy from cold fusion, or geo-engineering, or the wonders of globalization, and to remember that all these glorious purposes require growth now in order to provide still more growth in the future. Growth is good, end of discussion, now shut up!

Let us reconsider, in the light of these facts, the idea of demographic transition. By definition, this is the transition from a human population maintained by high birth rates equal to high death rates, to one maintained by low birth rates equal to low death rates, and consequently from a population with low life expectancy to one with high life expectancy. Statistically, such transitions have been observed as the standard of living (ratio of exosomatic to endosomatic capital) increases. Many studies have attempted to explain this fact, and much hope has been invested in it as an automatic cure for overpopulation. “Development is the best contraceptive” is a related slogan, partly based in fact, and partly in wishful thinking.

There are a couple of thoughts I’d like to add to the discussion of demographic transition. The first and most obvious one is that populations of artifacts can undergo an analogous transition from high rates of production and depreciation to low ones. The lower rates will maintain a constant population of longer-lived, more durable artifacts.

Our economy has a growth-oriented focus on maximizing production flows (birth rates of artifacts) that keeps us in the pre-transition mode, giving rise to growing artifact populations, low product lifetimes, high GDP, and high throughput, with consequent environmental destruction. The transition from a high-maintenance throughput to a low one applies to both human and artifact populations independently. From an environmental perspective, lower throughput is desirable in both cases, at least up to some distant limit. 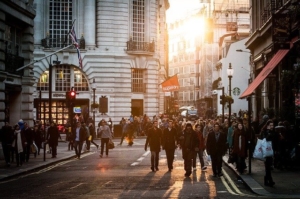 A solution to the populations problems by relying on the demographic transition to lower birth rates could put more strain on our environment. (Image: CC0, Credit: Free-Photos).

To put it another way, consider the I = PAT formula. P, the population of human bodies, is one set of dissipative structures. A, affluence, or GDP per capita, reflects another set of dissipative structures—cars, buildings, ships, toasters, iPads, cell phones, etc. (not to mention populations of livestock and agricultural plants). In a finite world, some populations grow at the expense of others. Cars and humans are now competing for land, water, and sunlight to grow either food or fuel. More nonhuman dissipative structures will at some point force a reduction in other dissipative structures, namely human bodies. This forced demographic transition is less optimistic than the voluntary one induced by chasing a higher standard of living more effectively with fewer dependents. In an empty world, we saw the trade-off between artifacts and people as induced by the desire for a higher standard of living. In the full world, that trade-off seems forced by competition for limited resources.

The usual counter to such thoughts is that we can improve the efficiency by which throughput maintains dissipative structures —technology, T in the formula, measured as throughput per unit of GDP. For example, a car that lasts longer and gets better mileage is still a dissipative structure but with a more efficient metabolism that allows it to live on a lower rate of throughput.

Likewise, human organisms might be genetically redesigned to require less food, air, and water. Indeed smaller people would be the simplest way of increasing metabolic efficiency (measured as the number of people maintained by a given resource throughput). To my knowledge, no one has yet suggested breeding smaller people as a way to avoid limiting births, but that probably just reflects my ignorance. We have, however, been busy breeding and genetically engineering larger and faster-growing plants and livestock. So far, the latter dissipative structures have been complementary with populations of human bodies, but in a finite and full world, the relationship will soon become competitive.

Indeed, if we think of population as the cumulative number of people ever to live over time, then many artifact populations are already competitive with the human population. That is, more consumption today of terrestrial low entropy in non-vital uses (Cadillacs, rockets, weapons) means less terrestrial low entropy available for capturing solar energy tomorrow (plows, solar collectors, ecosystem regeneration). The solar energy that will still fall on the earth for millions of years after the material structures needed to capture it are dissipated, will be wasted, just like the solar energy that shines on the moon.

There is a limit to how many dissipative structures the ecosphere can sustain—more endosomatic capital must ultimately displace some exosomatic capital and vice versa. Some of our exosomatic capital is critical—for example, that part which can photosynthesize, the green plants. Our endosomatic capital cannot long endure without the critical exosomatic capital of green plants (along with soil and water, and of course sunlight). In sum, demographers’ interest should extend to the populations of all dissipative structures, their metabolic throughputs, and the relations of complementarity and substitutability among them. Economists should analyze the supply, demand, production, and consumption of all these populations within an ecosphere that is finite, non-growing, entropic, and open only to a fixed flow of solar energy. This reflects a paradigm shift from the empty-world vision to the full-world vision—a world full of human-made dissipative structures that both depend upon and displace natural structures. Growth looks very different depending on from which paradigm it is viewed.

The carrying capacity of the ecosystem depends on how many dissipative structures of all kinds have to be carried. Some will say to others, “[y]ou can’t have a glass of wine and piece of meat for dinner because I need the grain required by your fine diet to feed my three hungry children.” The answer will be, “[y]ou can’t have three children at the expense of my and my one child’s already modest standard of living.” Both have a good point. That conflict will be difficult to resolve, but we are not yet there.

Rather, now some are saying, “[y]ou can’t have three houses and fly all over the world twice a year because I need the resources to feed my eight children.” And the current reply is, “[y]ou can’t have eight children at the expense of my small family’s luxurious standard of living.” In the second case, neither side elicits much sympathy, and there is great room for compromise to limit both excessive population and per capita consumption. Better to face limits to both human and artifact populations before the terms of the trade-off get too harsh.