That’s how much the UK government thinks our lives are worth.

Placing an economic value on a human being is nothing new. It’s standard practice in a growth-obsessed society that ascribes economic value to whatever it can. 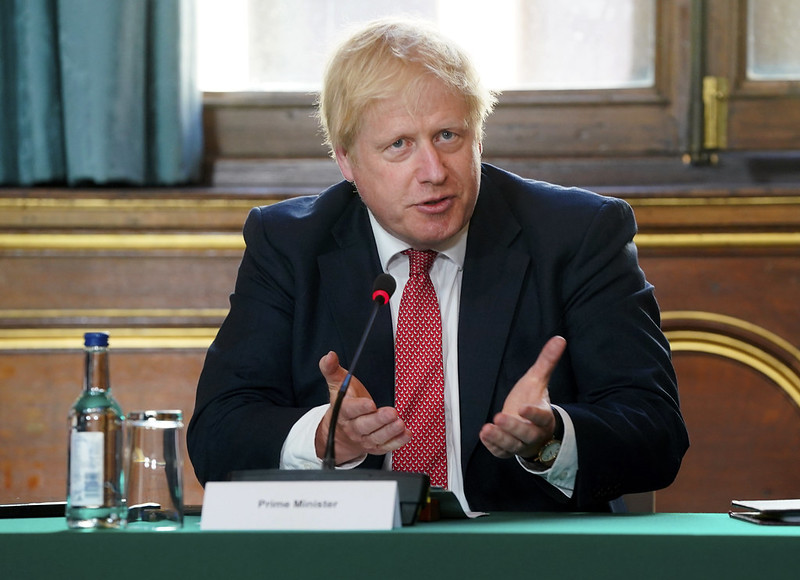 The Economy Over All

Last week the UK’s COVID-19 death toll broke the 50,000 mark. With our own wild-haired leader of the post-truth era at the helm, Britain (or England more specifically—the devolved Scottish, Welsh, and Northern Irish administrations have taken a far more cautious approach) has followed in America’s footsteps, resisting lockdowns for as long as possible. We are nearing the end of a second national lockdown, albeit one with far fewer restrictions than the first. This could have been avoided had Prime Minister Boris Johnson followed his scientific advisers’ recommendations for a two-week “circuit breaker” a few weeks ago. Instead, he ignored the science, sacrificing common sense, expert knowledge, and human life at the altar of GDP. Ironically, the result is likely to cause far more of an economic impact than a short “circuit breaker” ever would have. Now, despite cases leveling off, the lockdown is set to end on December 2nd, with shops, pubs, and restaurants reopening.

All this begs the question: Why is economic growth more important than human life? Or, in the words of De Graaf and Batker, “What’s the economy for, anyway?”

The UK government might reasonably reply that it is not just lives but livelihoods they are charged with protecting. This is true, of course, and the pandemic has hit most of us in the pocket. Small businesses have folded. People have lost their jobs. The self-employed struggle to find work. Career-seekers have seen opportunities dry up. The thing is, all of this has happened even with the government’s insistence on protecting the economy at all costs.

The government has consistently acted upon the key logical flaw that the steady state economy aims to redress: valuing the entity of “the economy” over its real-world human impact.

“The economy” is not a number. It is not a growth rate reported on the nightly news. No, “the economy” is about us. It is about our livelihoods. Our wellbeing. Our standard of living. It’s about you.

If “the economy” isn’t a number, then you aren’t either.

You Are Not a Number

The UK government has built their pandemic response around that figure. Back in March, if a lockdown had been enforced just two weeks earlier, an estimated 20,000 lives would have been saved. If we treat each of those people purely as a number—that £1.8 million—then their combined worth is £36 billion. That’s a lot of value to take out of the economy. But it pales in comparison to the value lost by two more weeks of lockdown. 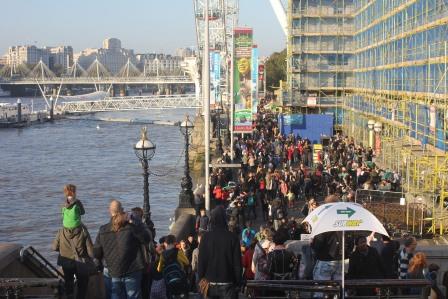 It should be obvious that human life has value that is not economic. But the ideology of the economy-over-all is so deeply entrenched, so advanced in the hegemonic war of position, that the government’s insistence on preserving the economy does not seem perverse until we recall that stark reality—that £1.8 million.

The net result is likely a less severe drop in economic activity than would have occurred with an earlier lockdown. The government’s “Eat Out to Help Out” scheme, which subsidized 100 million meals in August, helped the economy grow. It’s also been linked to more coronavirus deaths.

This is a government that has its economic priorities all wrong. When the first lockdown began to ease, the reopening of the non-essential retail and hospitality sectors was sold as a gift to the British people. It illustrated starkly the disconnect between what the government thought was important to its citizens and what was actually important to us. They wanted us to consume; we wanted to hug our families. The things we missed were not economic but uneconomic—the ability to socialize with our friends, visit people, and enjoy the beauty of the outdoors. To the government, the value of reopening pubs was in the money exchanged for drinks; to us, it was in having the space to be social.

The government has fallen hook, line, and sinker for the consumerist ideology that tells us “the economy” is a sacred cow that must be protected for its own sake. Not that the economy is unimportant, but it’s only important in how it affects people. What good is it when it’s killing them?

What is the economy for, if not to help us when we need it most?

An Economy That Serves Us

The COVID-19 pandemic has made economic shrinkage inevitable across the world. The UK government had an opportunity to manage this shrinkage in a planned way by redistributing wealth and moving toward a more sustainable future. Indeed, this global tragedy could have been the metaphorical Big Bang that resulted in the dawn of the steady state economy. But the desire for GDP growth was too strong, it turns out. 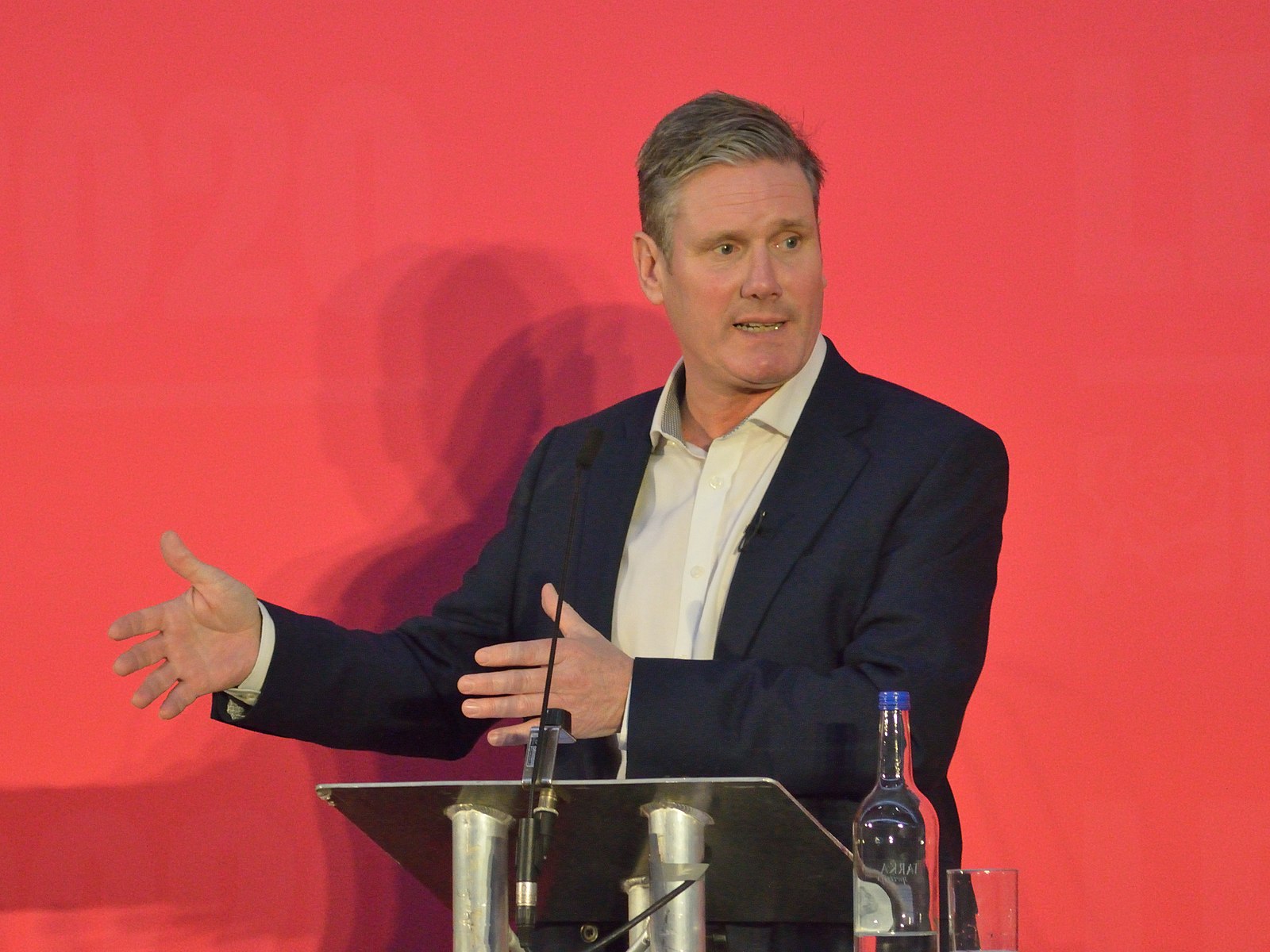 In the UK, even the rhetoric of the opposition Labour Party falls woefully short. They are championing a “green recovery”: A restoration of the economy to its former state while supposedly ensuring the growth is environmentally benign.

This is a fantasy. There is no such thing as “green growth,” especially in the huge economies of the global West and North. We are past the point where our economy can grow without damaging the environment.

Aside from this, the linguistics are off. “Recovery” implies that the economy has been damaged and must be repaired. This language is loaded with neoliberal ideology. What we need is not a “recovery” but a “reimagining.” A “recovery” is a return to the status quo, no matter what color you paint it. It would enshrine the idea that the correct response to economic crises is to minimize the hit, then build back stronger.

Instead, we must learn the lessons from this pandemic. The reason the virus has hit us in the pocket is not that the economy shrank, but that the economy is structured in such a way that it does not work for people. The logical response, then, is not to rebuild but to restructure the economy.

James MacGregor Palmer has a BA in music with politics and is pursuing a master’s degree in international journalism at the University of Stirling.

The Impact of Evolutionary Pressures on Economic Narratives
Scroll to top
$