Crazy Climate and Rigged Economies begins with a story of a boy who aspires to engineer a bridge. That young boy was author Gerry Greaves, and though he never designed a bridge during his career as a structural engineer, his new book offers a conceptual bridge to a sustainable society. Greaves guides readers through the challenges of our unsustainable and rigged economy and promotes solutions to stabilize our democracy, economy, and climate. 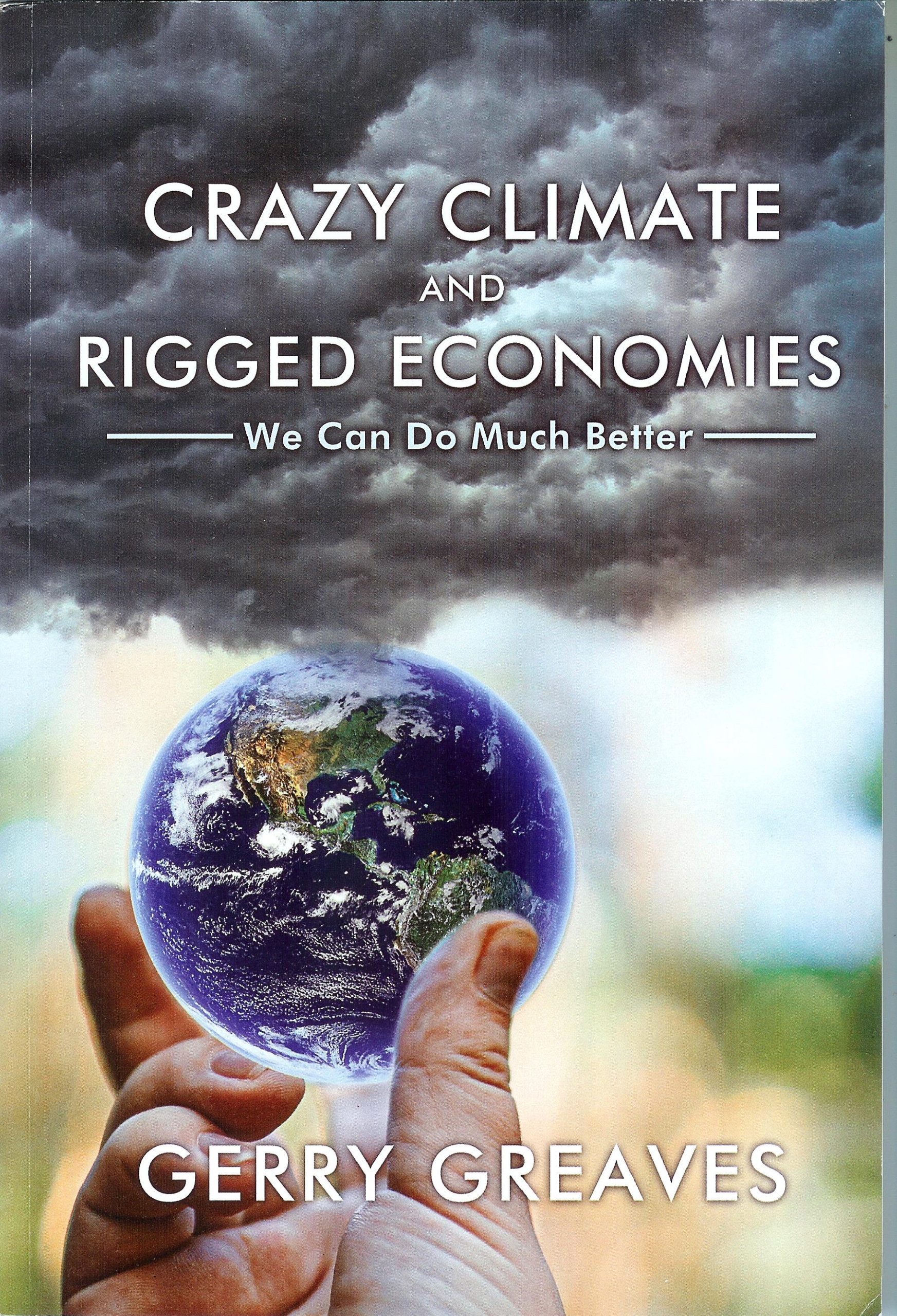 “Keep it simple, stupid” is an engineering adage that is apparent in Greaves’ writing. Crazy Climate is not overly visionary, technical, or theoretical. He does not belabor the established climate science or offer up visions of utopia. Greaves favors immediacy, practicality, and clarity. The first half of the book consists of chapters that deal with an overgrown economy, climate change, inequality, burgeoning population, and financial instability. The second half deals mostly with policy solutions to these challenges.

The degrowthers among us may question whether Greaves appreciates the gravity of the situation. He concludes the population chapter with a discussion on tax revenue. Others might have concluded with a discussion on resource scarcity, hunger, or refugee crises. Yet Greaves is forthright about the risk of collapse elsewhere in the book.

In another chapter, Greaves advocates for market solutions to climate change and uses the heavily-critiqued DICE model developed by William Nordhaus to determine an appropriate tax rate. However, Greaves also modifies Nordhaus’ most unrealistic assumptions and produces his own results. Some degrowthers completely reject any conventional model of the economy or the institutions of economic governance. Greaves, a bridge-builder by nature, is inclined to adapt rather than start from scratch. 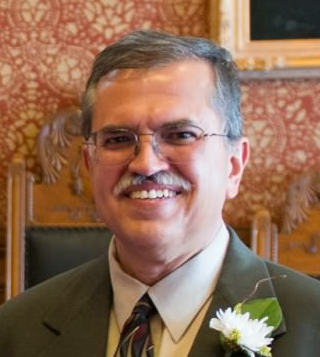 Author Gerry Greaves. (Photo used by permission of the author.)

In the solutions section, Greaves references other’s work, including that of Todd Knoop, Tim Jackson, and Brian Czech. A well-informed steady stater will be familiar with most of the arguments and the associated policies such as a universal basic income, Glass-Steagall, and the Full Seas Act. Still, Greaves offers his own unique positions, such as his argument for decreasing the retirement age. Shortening the workweek, as others propose, is useful but somewhat complicated in practice. Reducing the retirement age, on the other hand, helps to solve the overproduction problem quite simply—an insightful observation coming straight from a retiree.

Retired or not, engineers tend to gravitate to the CASSE message. Perhaps this is because engineering concepts are a natural fit with steady-state economics, or because engineers are clear thinkers. Either way, Greaves brings a much-needed perspective to the complex challenges we face.

Skyler Perkins is CASSE’s Projects Manager and past graduate fellow at the Gund Institute for Ecological Economics.

Joe Biden, Donald “Duck,” and a Steady-State Soul of America
Scroll to top
$