Ecological economics has roots in ecology and biology as well as in economics. Most of ecological economists’ and steady-state economists’ time has been well-spent correcting economics in the light of biology and ecology. And there is still more to do in this direction. However, we should be careful to avoid importing some deep metaphysical biases frequent in biology, along with its scientific truths. 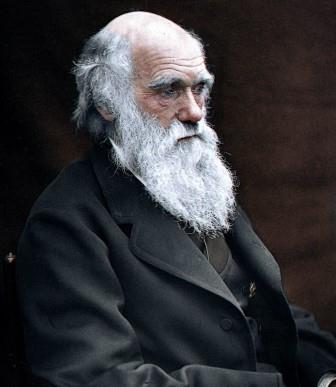 Neo-Darwinism is used as an explanation for everything; however, as many steady-state economists point out, it cannot explain consciousness and purpose. (Image: CC BY 2.0, Credit: Julius Jääskeläinen)

According to biologists, the existence of any species is an accident and its continued survival is always subject to cancellation by the all-powerful process of random mutation and natural selection as it occurs anywhere in the interdependent ecosystem. This blind process, over long time periods, is held to explain not only the evolution of all living things from a presumed common ancestor but also, in some versions, the “spontaneous generation” of the common ancestor itself from the “primordial chemical soup.” For human beings, random mutation and natural selection are thought to determine not only such characteristics as eye color and height but also intelligence, consciousness, morality, and capacity for rational thought. Neo-Darwinism has been extrapolated from a good explanation of many facts to the universal explanation of everything.

Powerful though it certainly is, the neo-Darwinist theory cannot explain consciousness and purpose. Even in the realm of materialism, it faces some serious glitches. I refer to the problem of how it happens that many interdependent parts of a complex organ, each of which has no independent survival value, can both occur and be retained until the whole organ is assembled into a complete functioning unit, which only then can contribute to survival and thus be selected. Also, there is the anomaly of altruism. Kin selection does not explain Mother Theresa or Oskar Schindler, and in any case, is now disputed among biologists. But let me leave all that for future debate. My point for now is that biologists/ecologists who teach a materialist neo-Darwinist worldview to sophomores on Monday, Wednesday, and Friday, and then devote their Tuesdays, Thursdays, and Saturdays to pleading with Congress and the public to enact policies to save this or that endangered species are in the tight grip of a serious inconsistency. 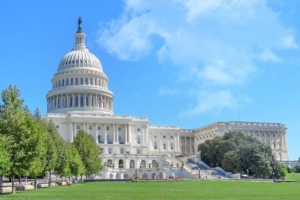 Biologist who teach a materialist neo-Darwinist worldview to students and then try to enact legislation to protect endangered species are guilty of “are guilty of the lurking inconsistency.” (Image: CC0, Credit: FrancineS0321)

Naturally, the public asks the biologists what purpose would be served by saving certain threatened species. Since many leading biologists, as scientific materialists, claim not to believe in purpose (either in the sense of cosmic telos or mere individual preferences that are independently causative in the physical world) this is not an easy question for them to answer. They tell us about biodiversity, ecosystem stability and resilience, and about a presumed instinct of biophilia that we (who systematically drive other species to extinction) are nevertheless alleged to posses encoded in our genes. But the biologists cannot affirm any of these descriptive concepts as an abiding purpose, or objective value, because doing so would contradict the fundamental assumption of their science. For example, biophilia could be appealed to as a virtue, a persuasive value rather than a wishfully imagined part of the deterministic genetic code. But that would be to admit purpose. Instead, biologists try to find some overlooked mechanistic cause that will make us do what we believe we ought to do, but can’t logically advocate without acknowledging the reality of purpose. Absent purpose and value, the biologists’ appeals to Congress and the public for conservation are both logically and emotionally feeble.

Others have called attention to this problem in the past. The term “lurking inconsistency,” as well as its meaning, is taken from Alfred North Whitehead who expressed it in the following passage that repays careful reading:

A scientific realism, based on mechanism, is conjoined with an unwavering belief in the world of men and of the higher animals as being composed of self-determining organisms. This radical inconsistency at the basis of modern thought accounts for much that is half-hearted and wavering in our civilization. . . .It enfeebles [thought], by reason of the inconsistency lurking in the background. . . .For instance, the enterprises produced by the individualistic energy of the European peoples presuppose physical actions directed to final causes. But the science which is employed in their development is based on a philosophy which asserts that physical causation is supreme, and which disjoins the physical cause from the final end. It is not popular to dwell on the absolute contradiction here involved.[1]

In other words, our scientific understanding of nature is based on mechanism, on material and efficient causation with no room for final cause, teleology, or purpose. Yet we ourselves, and higher animals in general, directly experience purpose, and, within limits, act in a self-determining manner. If we are part of nature then so is purpose; if purpose is not part of nature then neither, in at least one significant way, are we. Elsewhere Whitehead put the contradiction more pointedly: “Scientists animated by the purpose of proving that they are purposeless constitute an interesting subject for study.” Biologist Charles Birch, a keen student of Whitehead, has restated the lurking inconsistency in his insightful book On Purpose: “[Purpose] has become the central problem for contemporary thought because of the mismatch in modernism between how we think of ourselves and how we think and act in relation to the rest of the world.”[2] Clearly, not all biologists are guilty of the lurking inconsistency.

The directly experienced reality of purpose or final cause must be, in the view of materialism, an “epiphenomenon”—an illusion which itself was selected because of the reproductive advantage that it chanced to confer on those under its spell. It is odd that the illusion of purpose should be thought to confer a selective advantage in the real biophysical world while purpose itself is held to be a non-causative epiphenomenon—but that is the neo-Darwinist’s problem, not mine. The policy implication of the materialist dogma that purpose is not causative is laissez faire beyond the most libertarian economist’s wildest model. The only “policy” consistent with this view is “let it happen as it will anyway.” Is it too much to ask the neo-Darwinist to speculate about the possibility that the survival value of neo-Darwinism itself has become negative for the species that really believe it as a metaphysical worldview? Does not this lurking inconsistency have lethal consequences for policy of any kind?

Teleology has its limits and from the Enlightenment onward it is evident that materialism has constituted an enormously powerful research paradigm for biology. The temptation to elevate a successful research paradigm to the level of a metaphysical worldview is perhaps irresistible. But materialism too has its limits. To deny the reality of our most immediately direct and universal experience (that of purpose) because it doesn’t fit the presuppositions of methodological materialism, is profoundly anti-empirical. To then refuse to recognize the devastating logical and moral consequences that result from the denial of purpose is anti-rational. For those of us who consider science a rational and empirical enterprise, this is extremely troubling. Those people already unembarrassed by the fact that their major intellectual purpose is to deny the reality of purpose should now want to concern themselves deeply with the relative valuation of accidental pieces of their purposeless world is incoherence compounded.

The relevance of the lurking inconsistency to conservation biology and steady-state economics should be evident—conservation and sustainable scale are, after all, purposes that are ruled out in a world governed only by chance.

If purpose does not exist then it is hard to imagine how we could experience the lure of value. To have a purpose means to serve an end and value is imputed to whatever furthers the attainment of that end. Alternatively, if there is objective value then surely the attainment of value should become a purpose. Neo-Darwinist biologists and ecologists, who deny the reality of purpose, owe it to the rest of us to remain silent about valuation—and conservation as well. If they simply cannot remain silent, then they must rethink their deterministic materialism. Distinguished philosopher Thomas Nagel has offered to help them in his recent book Mind and Cosmos: Why the Materialist Neo-Darwinist Conception of Nature is Almost Certainly Wrong. But his “help” requires more recantation than the naturalists can bear, and, even though Nagel is a fellow atheist, he has been excommunicated from the Church of Neo-Darwinism for heresy.

Economists, unlike many biologists, do not usually go to the extreme of denying the existence of purpose. They recognize purpose in the attenuated form under the rubric of individual preferences and do not generally consider them to be illusory. However, preferences are thought to be purely subjective so that one person’s preferences are as good as another’s. Unlike public facts, private preferences cannot be right or wrong—there is, by assumption, no objective standard of value by which preferences can be judged. Nevertheless, according to economists, individual preferences are the ultimate standard of value. Witness economists’ attempts to value species by asking consumers how much they would be willing to pay to save a threatened species, or how much they would accept in compensation for the species’ disappearance. The fact that the two methods of this “contingent valuation” give different answers only adds comic relief to the underlying tragedy, which is the reduction of value to taste weighted by income.

The Enlightenment Age rejected teleology and revealed hidden recesses of superstition. The angle of the light, however, has extended into the modern world, obscuring the reality of purpose. (Image: CC0, Credit: Ancient Charles Gabriel Lemonnier).

Economics too suffers from the lurking inconsistency, but not to the extent that biology does. Purpose has not been excluded, just reduced to the level of tastes. But even an unexamined and unworthy purpose, such as unconstrained aggregate satisfaction of uninstructed private tastes weighted by income—GDP growth forever—will dominate in the absence of purpose. So, in the public policy forum, economists with their attenuated, subjective concept of purpose (which at least is thought to be causative) will dominate the neo-Darwinist ecologists who are still crippled by the self-inflicted purpose of proving that they are purposeless. Consequently, GDP growth will continue to dominate conservation.

Whitehead’s observation that “it is not popular to dwell on the absolute contradiction here involved,” remains true 85 years later. This willful neglect has allowed the lurking inconsistency to metastasize into the marrow of modernity. The Enlightenment, with its rejection of teleology, certainly illuminated some hidden recesses of superstition in the so-called Dark Ages. But the angle of its cold light has also cast a deep shadow forward into the modern world, obscuring the reality of purpose. To conserve Creation we will first have to reclaim purpose from that darkness. I say Creation with a capital “C” advisedly and not in denial of the facts of evolution. Rather, if we think that our world, our lives, and our conscious, self-reflective thinking are just a random happenstance of matter in motion—a temporary statistical fluke of multiplying infinitesimal probabilities by an infinite number of trials—then it is hard to see why we should make any sacrifice to maintain the capacity of the Earth to support life or from where we would get the inspiration to do so. This is the lurking inconsistency’s bottom-line consequence for conservation biology and steady-state economics. Our problem is not just faulty economics or biology; it is a deep underlying metaphysical and philosophical contradiction.

From Black Friday to a Better Way
7 replies