Have you ever wondered about the odd pairing of “confidence” with “consumer?” Isn’t confidence supposed to reflect something more virtuous than your shopping cart? When you’re confident, you’ll be comfortable in your own skin, right? It’s all about who you are, not what your stuff is. 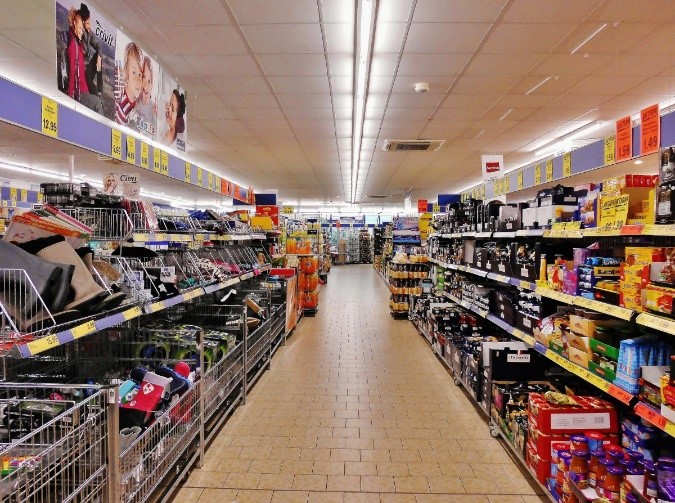 Confidence is supposed to play out in places like football fields, gymnastic events, stages, and maybe weddings, not shopping malls and dealerships. In its highest form, confidence melds into bravery. It takes some real confidence to break up a fight or charge into battle.

What kind of “confidence” is needed for buying shoes or iPads or even cars?

Nor is confidence the same as bluster, arrogance, or braggadocio. In fact, confidence is most convincingly exuded in modest dignity. Boasting, on the other hand, indicates the opposite of confidence: insecurity, neediness, and, in the extreme, sociopathy (as “certain individuals” have demonstrated in recent years).

Well, that’s what the word “confidence” connotes for me, at least. I’m confident it would to most others as well. But let’s check the dictionary, just to be safe.

According to Merriam-Webster, the confident person is “full of conviction: CERTAIN.” That’s meaning #1, and highly relevant. The point I’m making, though, is driven home even more profoundly with meaning #2: “having or showing assurance and self-reliance.”

While Fish May Be Innocent, Odd Pairings Are Fishy

It’s true enough that we’re all consumers. Furthermore, each of us fall somewhere along the confidence spectrum. Therefore, as an adjective, confidence can be applied to consumer. “Consumer confidence” is grammatically sound. Yet I still don’t buy it (so to speak). 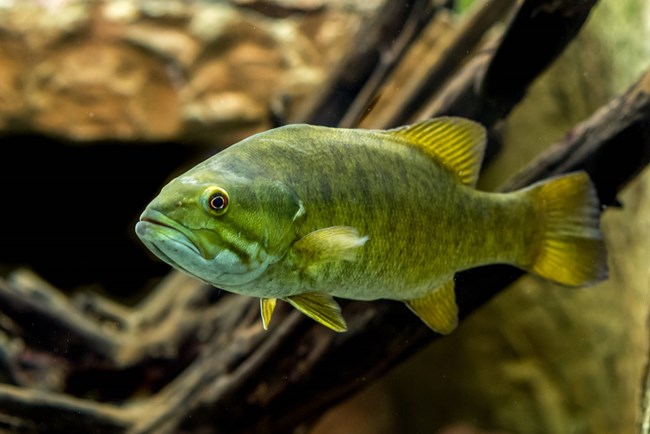 This fish is innocent. Is that relevant? (CC0, USFWS)

When’s the last time you heard talk of “fish innocence?” What about “hiker ambivalence,” or “singer colorblindness” or “dishwasher jocularity?” Presumably all fish are relatively innocent, and yes, all hikers fall somewhere on the spectrum of ambivalence, but who the hell cares? These subjects—fish, hikers, etc.—just don’t need to be described in terms of those (respective) adjectives! In each of the pairings the linkage is irrelevant at best and spurious at worst.

So, when I hear the phrase “consumer confidence,” I smell a fish. Something seems awry, and I have a vague sense of being in the polyester presence of salesmanship and propaganda. Other slick phrases come quickly to mind, such as “jumbo shrimp” and “green growth.” It strikes me that these slippery slogans tend to be oxymoronic, or at least ironic, and “consumer confidence” is no exception.

Certainly the “self-reliance” aspect of confidence is quite at odds with consumption, unless perhaps we’re talking about the purchasing of some fishing line and a hook, on our way to the trout stream for dinner. But then we’re talking about confidence in fishing ability, not the ability to cast a credit card all the way across the counter. “Fisherman confidence” makes sense, and so might “consumer solvency,” but… “consumer confidence?”

The Conference Board and the CCI

The U.S. Consumer Confidence Index (CCI) was developed in 1967 as a measure of “optimism on the state of the economy that consumers are expressing through their activities of savings and spending.” The CCI is measured monthly by The Conference Board, based on a five-question survey issued to 5,000 Americans. Essentially, “confidence” is indicated when (based on the survey) consumers are likely to be spending more than saving.

The CCI is supposed to be a planning tool for manufacturers, retailers, banks, and government. If it’s rising, for example, the retailer may decide to invest in more locations and higher inventory. It’s a bit of an odd duck in the world of economic indicators, though. Investopedia gushes about it as “A Killer Statistic,” yet its predictive value is questionable, and most sources (including another Investopedia site) view it as a lagging indicator. In other words, it’s more of a rear-view mirror than a telescope to the future. 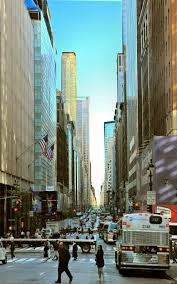 I’m less interested in its merits as leading vs. lagging than in the derivation of the name! One can’t help but suspect that the phrase was coined in some Madison Avenue conference room with the blessing of the New York Stock Exchange, the Federal Reserve Chair, and the Koch Brothers. These folks are always thinking of the margin, looking for any pro-growth influence they can possibly sneak into the system. Just imagine the scheming… “I know,” said one of them, “Let’s call it ‘consumer confidence’ and get it all over the airwaves. Nobody likes to be a chicken; people will start thinking of spending money as a way to show their bravery, by God.” [Guffaws all around.]

I jest, I guess, but the phrase “consumer confidence” clearly reflects a bias toward consumption in the business world and the economics profession. If they really wanted to know about the prevalence of spending (vs. saving), the indicator could have simply and neutrally been called “spending” (as a lagging indicator), “spending likelihood” (as a leading indicator), or even the Keynesian “propensity to consume” (as an all-purpose indicator). And, of course, they could have used “consumer optimism” (straight out of the very definition), with its less normative connotations. Instead, they attached an always desirable condition—“confidence”—to the mere act of consumption!

Actually, there is an economic indicator called “consumer spending.” It’s no mere psychological pulse, either; it’s the outright expenditure on goods and services by households. It’s monitored by the staid Bureau of Economic Analysis and, as a key variable in the calculation of GDP, it’s been around far longer than the CCI. Why wouldn’t that suffice? Why did we need a “Conference Board” to send out surveys on “feelings”?

So, while I’m not advancing a conspiracy theory, I still think there was an element of marketing, salesmanship, or PR in launching the “consumer confidence” paradigm. The CCI may seem like an objective indicator, but it’s designed to steer our subjectivity into a sense that spending is a good thing.

I’d be tempted to say, “Real men save,” but why tempt fate in the minefield of gender politics? You get the picture, though. Being a consumer has nothing to do with confidence. If anything, it’s the other way around: The more confident you are in your own skills, abilities, and general presence, the less stuff you need to show off, make you look better, or help you perform. “Non-consumer confidence,” we might call it.

Furthermore, if we associate consumption with the admirable thing to do, then where does that leave saving? Have we been led into a twisted choice between “consumer confidence” and “saver sheepishness?” When did saving become so frowned upon? What happened to Benjamin Franklin’s wise old adage, “A penny saved is a penny earned?”

Without getting into the philosophical depths of Franklin’s particular meaning(s), we have to acknowledge that “saving” means many things among many people. For the conventional, neoclassical, 20th century economist, “saving” meant little more than deferring consumption—so more could be consumed later!

For advancing the steady state economy, though, saving has entirely different connotations. After all, the steady state economy is all about stabilizing the level of consumption. The most prominent connotation of “saving,” then, is as an antonym to consumption. The saver foregoes consumption in order to…forego consumption! The income saved can be used for various other purposes: a rainy day, favorite charity, reduction in work hours, political investment, and other non-goods and non-services that don’t bloat the GDP.

Steady statesmanship, then, rejects the notion of “consumer confidence,” favoring concepts such as consumer conscientiousness, consumer frugality, and even “saver sagacity.” Sagacious savers understand they are saving far more than money. A penny saved—not spent on “consumer goods”—is a penny’s worth of planet earned. (Or at least spared.)

The New Congressional Debt Panel: An Opportunity for an Essential Economic Debate