Editor’s Note: This foreword is an excerpt from the Steady State Press’ forthcoming book, Uncommon Sense: Shortcomings of the Human Mind for Handling Big-Picture, Long-Term Challenges by Peter Seidel. Preorder a copy now.

I first encountered Peter Seidel at a Society of Environmental Journalists conference in Wisconsin. Or perhaps it was a conference of the U.S. Society for Ecological Economics in New York. Neither of us recall for sure, but we both noticed one thing: Our paths crossed regularly during that first decade of the 21st century. Not only did we find ourselves at the same conferences, but in the same sessions and in the same conversations—and invariably on the same side, in the event of controversy or debate. Most notably, we both recognized limits to growth and the fundamental conflict between economic growth and environmental protection.

Now, I have the privilege of penning the foreword for the latest in a string of salient books in which Seidel offers a lifetime of wisdom on the “big-picture, long-term challenges” facing humanity.

Seidel is an elder statesman of limits to growth, and he had been researching, writing, and conferencing on the relevant topics for decades before I came along with my specialty on the conflict between economic growth and biodiversity conservation. Biodiversity was big in the 1990s and early 2000s; bigger than climate change in academia and in the environmental movement. By then, though, Seidel had seen it all: DDT, a burning Cuyahoga River, Love Canal, the destruction of the ozone layer, coral bleaching, endangered species, resource shortages, and wars too numerous to speak of. Biodiversity loss and climate change were just two more insults—albeit huge ones—heaped upon a planet subjected to rabid GDP growth.

Seidel took an interest in my muffled efforts—with me in the silenced depths of the U.S. Fish and Wildlife Service at the time—to raise awareness of the trade-off between economic growth and environmental protection. He was one of the first 50 signatories of the CASSE position statement calling for a steady state economy, along with the likes of Herman Daly, William Rees, and Richard Heinberg. He was a no-nonsense, sound-science, non-fantasy futuristic thinker, and I took an interest in his work as well, reading several of his books and engaging in lengthy discussions with him on the future of America, the planet, and Homo sapiens.

I could see Uncommon Sense coming. I’d read There is Still Time, the predecessor book, and I knew Seidel had a rare, holistic sense of limits to growth. I was thrilled to hear of his interest in revising There is Still Time—which suffered from production problems and practically zero marketing—into a new book with an apropos title, updated data, and a solid plan for distribution. 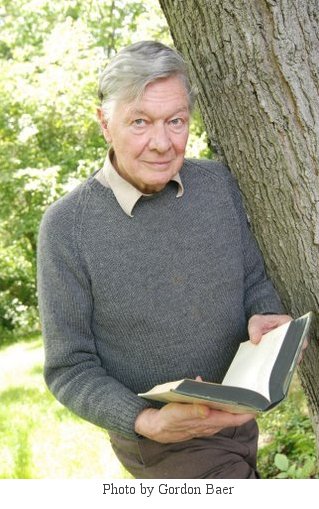 With Uncommon Sense, I believe Seidel is at the peak of his game. It may seem a peculiar thing to say about an author in his 9th decade, but it’s true in my opinion, and here’s why: While Seidel’s penchant for prose was fully developed by the time he wrote, for example, Invisible Walls (Prometheus, 1998), his inquisitive mind only found more issues to integrate in the decades since. Uncommon Sense packs an impressive sweep of issues into such a compact book. No book that I’m aware of covers environmental, evolutionary, psychological, social, political, and religious subject matter into one cogent, flowing analysis from a limits-to-growth lens. Certainly not in less than a hundred pages!

The topics aren’t just packed in, though, like sardines squished into some unceremonious can. Seidel has something important to say about each of these topics. While some readers will have encountered similar lines of thought on some of the topics, few readers will fail to find something original, unique, or at least new to them in the pages of this prescient book.

It’s not that Seidel has all the answers, nor has he written the perfect book. (Who has?) As a student who studied the molecular basis of evolution as a supplementary topic during my Ph.D. research, I found the segments on the evolution of the human brain to be somewhat sketchy and lacking corroboration from human DNA analysis. Yet I also found myself thinking, “Maybe he doesn’t have the nucleotides mapped out, but how could he possibly be wrong?” The human brain would indeed have evolved the way he described; if not, surely we’d be behaving differently.

Seidel took on a daunting challenge in writing Uncommon Sense. The task he bore was not simply to journalize and lament on limits to growth, but to analyze, to penetrate, to dissect what it is about Homo sapiens that leads us to the limits as a moth to a flame. Why don’t we stop? Why should we? Can we?

The last question, of course, is the most challenging of all for any writer of such a sweeping book. In my opinion, Seidel provides a most refreshing approach. He doesn’t sugarcoat the answer. You won’t find any wishful notions of “green growth,” “mind over matter,” or “have your cake and eat it too” in Uncommon Sense. In his concluding chapter, Seidel comes clean on the prospects for the human race to handle the big-picture, long-term threats. The prospects, it turns out, are far from sure, easy, or even likely. It’s going to take some work, folks.

But then, humans have evolved to strive, to fight, and to work. We just need to apply a little more Uncommon Sense.

Who’s Going to Lead the Way to a Sustainable Economy?
3 replies