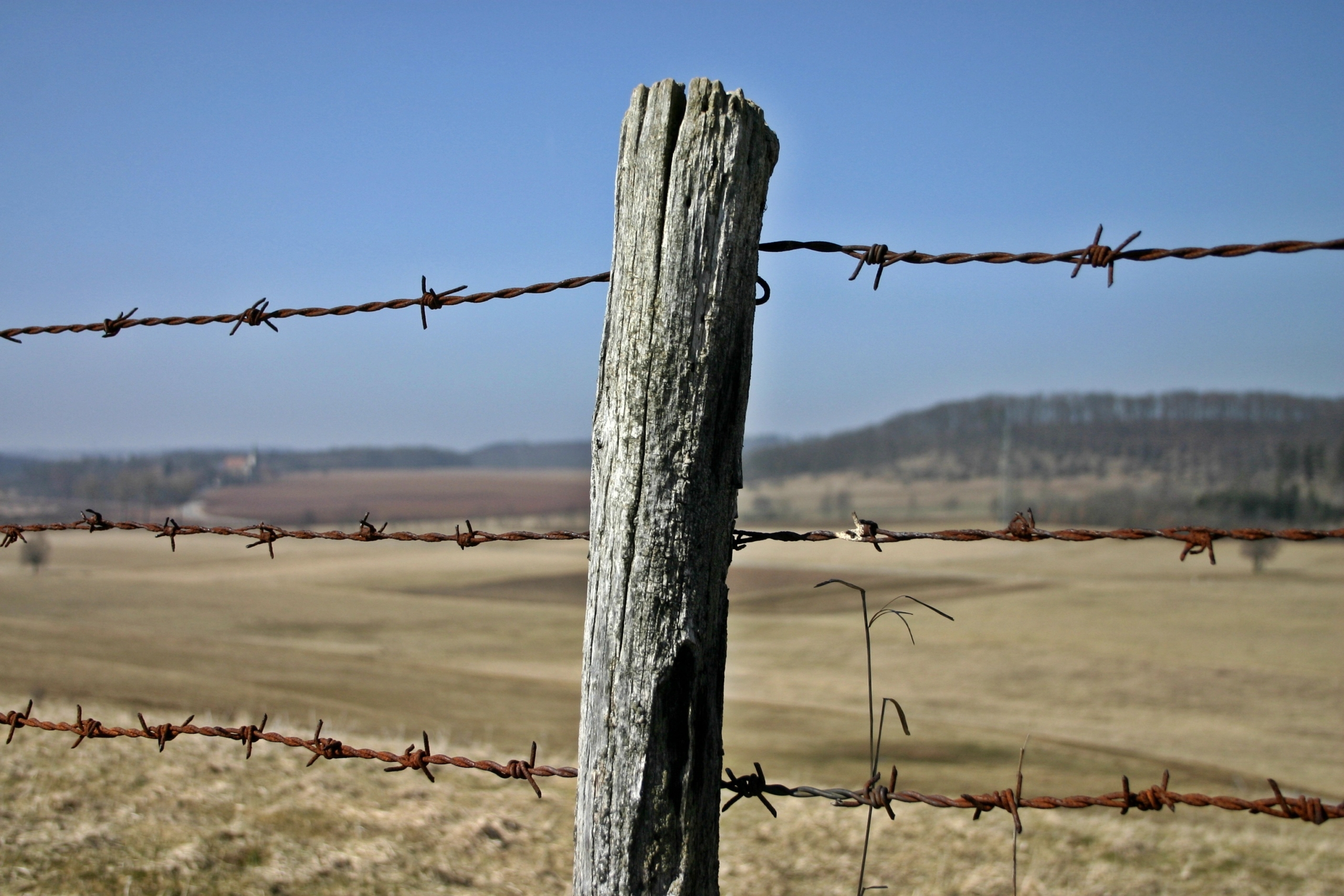 Rewilding means tearing down the fences that disconnect biotic communities.

During recent visits to my family’s woods in northern Wisconsin, I have methodically snipped, pulled out, and recycled a half-mile of long-abandoned barbed wire. By doing so, I hope to help the biotic communities on either side of the old fence line to reconnect. The work is great exercise, and deeply satisfying.

I have not yet figured out who installed the wire or when, but the stuff was invented by Lucien Smith in 1867, and perfected by Joseph Glidden in 1874. This innovation spurred much economic growth. For example, it made “intensive animal husbandry… practical on a much larger scale” and became “a major feature of the fortifications in trench warfare.”

The ecological consequences proved devastating. By the early 21st century, the livestock industry had become the number one driver of terrestrial habitat loss, greenhouse gas emissions, and freshwater depletion and pollution. Meanwhile, barbed wire itself maims wild animals the world over. For all these reasons, we now face the daunting task of undoing this deeply entrenched invention.

Exnovation for a Steady-State Economy

Management scholars use the term “exnovation” for the process of undoing harmful inventions. In growing economies, new marketable inventions replace most of those that get exnovated. In order to stop economic growth, it is crucial to prevent most exnovated devices from being replaced, or at least fully replaced, in this way. This certainly applies to fencing and other instruments of the livestock industry that must shrink substantially to forestall mass extinction, mitigate climate chaos, and protect rivers and streams. But it also applies to internal combustion engines, plastic bags, big box stores, pesticides, artificial fertilizer, fossil fuels, etc.

When these items get phased out as they must, our capitalist bosses will strive mightily to replace them with products that create even more opportunities for growth, and thus do even more harm to the biosphere. For example, several decades ago a federal ban exnovated DDT from the USA. This allowed various wildlife species poisoned by DDT, such as bald eagles, to recover. However, newer pesticides replaced DDT, to the point of decimating even more wildlife populations, such as bees. How much better it would have been—and will be—to cut down rather than continuing to build up overall use of artificial pesticides.

In the transportation sector, the electric car will not make a better-enough replacement for the gas guzzler. Electric cars, just like non-electric, use up too much material and space, not to mention that they inflict too much death and disability through “accidents,” obesity and other health problems from lack of exercise, political dysfunction festering out of isolation from fellow citizens “packed like lemmings into shiny metal boxes,” etc. The only truly green option is to hack down use of private automobiles. Public transportation and bicycles will take up part of the slack, but having stores, workplaces, schools, and other public spaces within walking distance of home for most people will reduce the overall need/desire for transportation.

Making Room for Innovation in Nature and Culture

Talk of exnovation might seem to imply a focus on the negative. But it’s really about giving nature and culture a break to facilitate normal tendencies toward innovation in both realms. Over billions of years, natural innovation (or, the evolution of new species) outpaced natural exnovation (or, the extinction of old ones). Over tens if not hundreds of millennia, cultural innovation (indicated by the appearance of new languages) outpaced cultural exnovation (or, the disappearance of old ones). Our capitalist growth economy has now wrought mass extinctions of species and languages. It has thereby stifled biological and cultural innovation, each of which builds upon existing diversity. Conversely then, constraining the economy just might liberate society and nature. 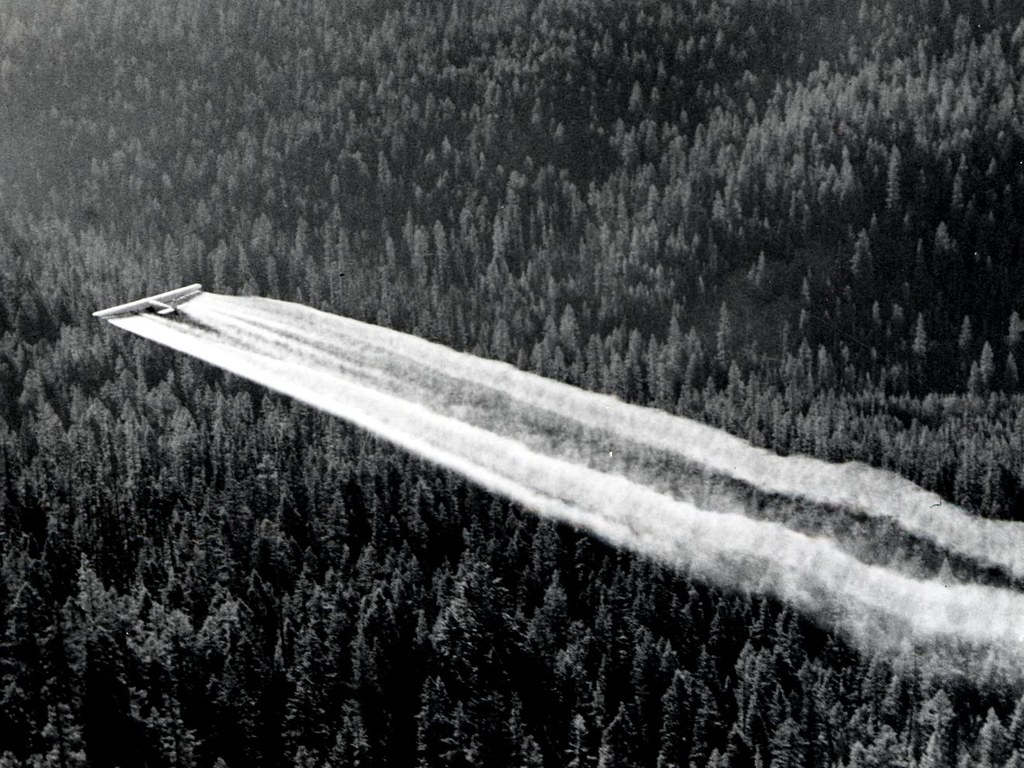 Harmful inventions like DDT have damaged ecosystems. Exnovation is a promising remedy.

More broadly, we must bring the economy into harmony with the global ecosystem that contains and sustains humanity, along with our 10 million fellow species. This means weakening and/or breaking many of the commercial ties that have come to dominate our lives. This, in turn, will permit the strengthening, reestablishment, and/or establishment anew, of social and ecological ties now preempted by economic growth.

Going back to the example of automobiles—one of the greatest drivers of economic growth—the more traffic suffered by a neighborhood, the less social interaction occurs within it. Conversely, reducing car traffic increases social interaction. And reducing the infrastructure devoted to cars—i.e., road lanes and parking spaces—allows for restoration of green space. The Plateau borough of Montréal, where I live, has melded these ideas into practice, through the social innovation of the car-free green alley. Today birds, berries, dogs, children, flowers, pedestrians, and other beings interact to create a much richer place than monotonous—and far more dangerous—car traffic once did in our alley.

More than a century of explosive economic growth has overfilled our world with harmful inventions like DDT, private automobiles, and barbed wire. This has impoverished us ecologically and socially. By exnovating these devices, and preventing their full replacement by other commodities, we will help to free nature and culture to resume the kinds of innovation we now need most. 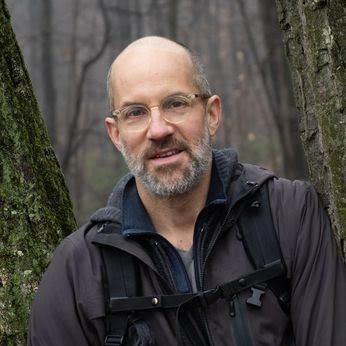 Gregory Mikkelson is an interdependent scientist and activist.

Economic Growth Takes a Bite out of Fishing

The Environmental Consequences of Putin’s War
Scroll to top
$