I hate to say I told you so, and could be too dead to do so, so I’ll tell you in advance: One decade soon, environmental problems will stop tracking with GDP.

But the reasons? Well, they probably aren’t what you think, especially if you’ve been drinking the green Kool-Aid.

For decades, big-picture ecologists and eventually the “ecological economists” pointed out the fundamental conflict between economic growth and environmental protection. Every tick of GDP came with the tock of habitat loss, pollution, and, as we gradually realized, climate change. A growing GDP requires a growing human population or a growing amount of goods and services per person. In the American experience of the 20th century, it was easy to see both – population and per capita consumption – spiraling upward, and just as easy to see the environmental impacts reverberating outward. Much of the world saw the same, although in some countries GDP growth was driven almost entirely by population growth. 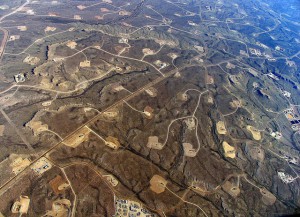 Unfortunately, a lot of time was spent overcoming fallacious but slick-sounding shibboleths like “green growth,” “dematerializing” the economy, and the “environmental Kuznets curve.” It seemed these were – or easily could have been –designed by advertisers on Madison Avenue, Big Money in general, or economists in their service, to prevent consumers and policy makers from responding rationally to environmental deterioration. Suggestive phrases such as “consumer confidence” spurred the consumer along, buying more stuff to increase the profits of corporations and, in turn, the campaign purses of politicians.

Meanwhile, those who studied, wrote, or simply worried about the effects of economic growth on the environment (and therefore the future economy) were portrayed and marginalized as tree huggers, earth firsters, or, as I once heard them called by a Scotland Yard detective at an intelligence conference, “the great unwashed.”

Some of us had to go so far as debating economists and, shockingly, ecologists who parroted the 1990’s political rhetoric that “there is no conflict between growing the economy and protecting the environment.” I even debated a future president of The Wildlife Society (TWS), who at the time was a biologist employed by the timber industry and a gadfly in TWS attempts to formulate a TWS position on economic growth. After our debate, I was told he was roundly defeated, and in subsequent years he refrained from the win-win rhetoric. (Hopefully it was that ability to reconnoiter with the truth that explains his electoral victory.)

Those of us who recognized the conflict between economic growth and environmental protection won the debates because we were right and we demonstrated it, ad nauseum, theoretically and empirically. We had to study the issue up and down, inside and out, because Big Money had far more resources to try defeating us at every turn. Eventually we published enough articles, organized enough conferences, and won enough debates that today, at least in professional natural resources circles, you’d seem, well… no smarter than a hedgehog if you tried to claim we can have our cake and eat it too.

So it is with ample irony that soon enough, we’ll enter an age where GDP won’t track with biodiversity loss, pollution, climate change, and other indicators of environmental deterioration. Why? Because, at some point during the 21st century and perhaps very soon, there won’t be enough resources left for GDP growth. Just as surely as the conflict between economic growth and environmental protection, there is a limit to growth, and it’s not as far off as the growth polyannas would have you think. 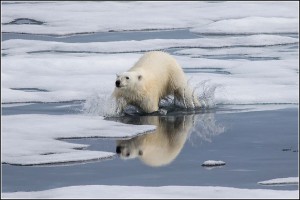 Let’s consider what happens to biodiversity – nonhuman species in particular – in the days beyond growth. Long after GDP growth grinds to a halt, biodiversity will continue declining for two reasons. The first is that many of the environmental effects of earlier GDP growth will be delayed. For example, when a species’ habitat is degraded by a pipeline here and a timber sale there, the species doesn’t instantly disappear. Yet a marginal drop in the rate of reproduction and a marginal increase in the rate of mortality can put the species on a path to extinction just as surely as you pay taxes.

Furthermore, habitat degradation can itself be a drawn-out process. The polar ice caps are on their way out, and polar bears along with them. Yet the ice won’t be gone and the polar bear won’t be extinct for some decades, probably well after GDP has stopped growing. And the polar bear is on the tip of the iceberg, as species en masse may be ushered off the poles as if on some geological conveyor belt running at the speed of climate change.

The second reason biodiversity will continue to decline long after GDP stops growing is because the cessation of GDP growth doesn’t mean corporations and countries will stop trying to grow the GDP. Far from it. As long as economic growth remains the primary policy goal of nations, the environmental impact of pursuing such growth will worsen, because nations will be pulling out all the stops to achieve it. This too is a process already underway; witness the mining of tar sands for exceedingly crude oil.

Yet tough times for the truth await because the next wave of polyannas will be busy perverting the truth from a different angle. Instead of arguing that GDP growth was a benefit to biodiversity  – with the shallow argument that it put more money into conservation programs – they’ll be pointing to the fact that species are declining despite no growth in GDP. “Where’s the correlation,” they’ll ask, “between GDP and biodiversity loss?”

Alas, we’ve been careful all along, as good scientists are, to note that correlation doesn’t prove causality. Likewise, a lack of correlation doesn’t disprove causality. Economic growth – increasing production and consumption of goods and services in the aggregate, entailing a growing population and per capita consumption – has been the limiting factor for wildlife in the aggregate for the broad sweep of Homo sapiens’ reign on Earth. Beginning in the 1930s such growth was measured with GDP, and beginning in the 1970s species endangerment in the U.S. was measured by the length of the list of federally listed threatened and endangered species.

Now when the Marlboro man stopped smoking, he didn’t stop choking. No, he continued choking, all the way to death, from lung cancer and chronic obstructive pulmonary disease. But hey, in those final non-smoking years, the correlation between cigarettes and cancer cells was non-existent. Would anyone put it past Big Tobacco (the Seven Dwarves come to mind) to use this lack of correlation as evidence that tobacco doesn’t cause cancer?

Well, Big Money – Wall Street, Madison Avenue, K Street too – we’re on to you. We know you’ll claim in decades to come that economic growth is not the cause of environmental deterioration. You’ll use the lack of correlation between GDP and species listings as one of your unscrupulous arguments. And you’ll be as wrong then as you have been heretofore.

Stick that in your pipe and smoke it preemptively.