Going forward in these uncertain times, a universal basic income could be the best way to maintain social solidarity—whether referring to health, wellbeing, or public order. “Solidarity,” writes Eric Klinenberg, “motivates us to promote public health, not just our own personal security. It keeps us from hoarding medicine” and prompts us “to knock on our older neighbor’s door.” It is a structure and a mindset that breaks down the barriers of inequality and improves trust, maintaining the cohesion and the stability of society. 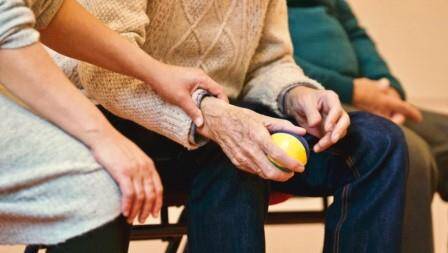 A basic income is an expression of care and solidarity among members of society across divides of age and opportunity. (Image: CC0, Credit: Matthias Zomer)

A universal basic income (UBI)—otherwise known as a guaranteed income, living wage, minimum income (or its cousin, the “reverse income tax”)—is an ongoing cash benefit for anyone that falls below a certain income threshold. Spain has already embraced a universal basic income, and others may soon follow if the length of the crisis becomes protracted.

Economic stability is essential for strengthening social solidarity as the coronavirus continues to spread. The COVID-19 pandemic drives home the fact that, if everyone’s basic needs are met, we can take care of ourselves (and shelter-in-place) with less fear and anxiety. A universal basic income could improve social and health outcomes, as well as avoid a protracted economic crisis for months and even years to come.

By reducing the number of conditional cash transfers for employment and disability insurance (among other programs), a UBI may not be as expensive as commonly thought. In Canada, former conservative senator Hugh Segal has become a vocal proponent of a nationwide UBI program. The Basic Income Network estimates that a nationwide UBI program would cost $76 billion before savings. After factoring in a reduction in other federal programs, the cost comes to approximately $44 billion. Provinces, collectively, would save over $30 billion—some of that from net federal transfers.

In the context of an economic crisis, there are further savings still. Canada spent $362 billion on mortgages to keep banks solvent during the 2008 financial crisis. Supporting households and individuals is a far more affordable proposition.

The COVID-caused recession struck at a time when inequality had already reached historic levels. Social solidarity was precarious when the crisis began. Poverty levels in OECD countries were unnecessarily high, at an average of 11.7 percent of the population; 18 percent in the USA.

Recovery from the recession provides an opportunity to correct rather than entrench economic inequality. While temporary cash benefits will keep people sheltered and fed in the short term, they will not prevent the economic contraction that will emerge along with a likely wave of private defaults (which will disproportionately affect those of lower income). A guaranteed income would create long-term security and diminish socioeconomic divides.

Furthermore, there would be huge savings within the public health sector. Those who live at the margins worrying how to feed or shelter themselves suffer from poorer health; the understandable worrying exacerbates stress-induced illness and addictions. If everyone received a living wage, individuals would have easier access to medicine and clinics. A “side” benefit—hardly a minor one—would be a reduction in the spread of viruses conducive to pandemics. 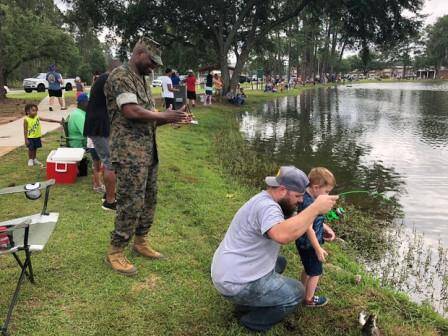 From an ecological perspective, a basic income has made sense for many years because it enables a simpler, more frugal lifestyle than attempts at keeping up with higher-spending Smiths and Jones. Simple living allows individuals to dedicate more of their time to meaningful family activities rather than constantly struggling to stay afloat in an intense job market.

A UBI incentivizes folks to replace tedious jobs with life-affirming, creative pursuits. With an increase in automation over the last 30 years, job productivity is no longer coupled with the production of income, which has been stagnant over roughly the same time period. Contract, or “gig” work, and clerical jobs have also increasingly replaced labor-intensive ones. A basic income would allow folks to devote energy to passions and priorities outside of these redundant and monotonous careers. They could dedicate themselves to family, artistic, or artisanal projects. They might even have more energy to volunteer for causes they care about.

Solidarity and Hope for the Long Term

For now, a basic income will help secure basic needs and maintain public order as physical distancing will likely be advisable or even required (at least intermittently) for the next 12-18 months. As we look to the long term, we should also recognize the merits of a UBI in helping to balance social, ecological, and economic needs. A simpler, less energy-intensive lifestyle can foster a greater sense of overall wellbeing, improve health outcomes (for individuals, families, and the planet), and save people from anxiety-ridden jobs. While the pandemic may have revealed the weaknesses of an industrial society, it also revealed a world filled with hope and social solidarity. Now’s our chance to maintain that world.

COVID-19 in the UK: A Choice between Life and Lucre?
5 replies