A recent analysis in Nature Communications estimated that by 2024 bitcoin mining in China alone would require nearly 300 terawatt-hours (TWh), with 130 million tons of corresponding CO2 emissions.

In 2020, “Bitcoin Bros” mined about 400,000 bitcoins and consumed something like 120 TWh of energy. Given an exchange rate of one bitcoin to $50,000 (roughly its price today), this 120 TWh “generated” a product worth about $20 billion. Thus, each dollar’s worth of bitcoin required about 6 kWh to produce. But, since 65 percent of the energy used to produce electricity is lost as heat, this means it took about 17 kWh of primary energy to generate $1 of bitcoin. 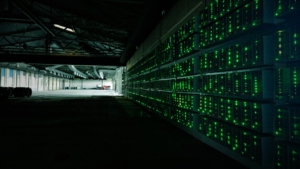 In contrast, U.S. GDP was $21 trillion in 2019 and consumed about 100 quadrillion BTUs of primary energy. That works out to about 1.4 kWh of primary energy per dollar of product produced. Thus, Bitcoin is at least ten times more energy intensive than the average of the U.S. economy, which is itself far from energy efficient.

Bitcoin is even more wasteful than this comparison suggests for at least two reasons. First, Bitcoin prices may be inflated. I assumed that one bitcoin produced $50,000 worth of product, but that reflects Bitcoin’s current high price which may or may not reflect its future exchange rate. But second and far more critically, unlike Bitcoin, and generally speaking, the U.S. economy improves people’s wellbeing. I am frequently critical of the utilitarian and monetary methods by which we quantify this wellbeing, but there is no doubt that the production of food, shelter, art, education, healthcare, clothing and myriad of other goods and services makes everyone’s lives better.

It is worth thinking about Bitcoin’s actual use. What is the difference between a bitcoin and $57,000, its going rate as of this writing? As a cryptocurrency, Bitcoin is untraceable. That is it. The only marginal utility of bitcoin over an equivalent pile of dollars is that one is better for use on the black market. And for that marginal utility, we are willing to dissipate 120 TWh of precious electrical energy.

The production of Bitcoin is inherently uneconomic. It does not produce a finished good that people can consume to increase their happiness, nor does it provide a service, nor does it provide a raw material that can be used to produce goods and services. It is an encrypted code that people will pay U.S. dollars to own, with no ability to make anyone’s life better except through the black market. It is little different from gold or diamonds; it’s the next shiny object of human greed and we will destroy the planet and each other to get it.

But what makes Bitcoin uneconomic is not just that it has no real benefit; it is that its costs are so great. Electricity production, the raw material of Bitcoin mining, has a profound human cost. Globally, four million premature deaths occur each year as a result of air pollution, a sizeable fraction of which are due to coal and natural gas combustion in power plants. In a 2007 review in The Lancet, researchers found that coal and lignite killed on the order of 24 to 32 people per TWh generated. Assuming that Bitcoin used 120 TWh of electricity in 2020 and that about one-third of this came from coal and lignite, this suggests that bitcoin led to the premature death of approximately 800 people in 2020.

Of course, we use electricity for many purposes and we always make a cost-benefit analysis when we turn on the lights. When we consider the human costs of electricity generation, we might agree that using electricity in a hospital is justified, but we might disagree about a university or a baseball stadium. But I hope that we can admit that using electricity, and thus killing people, solely for unmitigated profit, is abhorrent. And that is what we do when we mine Bitcoin.

Illth is a handy concept first developed by John Ruskin in the 19th century and expanded by Herman Daly. Illth is the opposite of wealth, a condition that results when the real costs of production exceed the benefits. Coal is illth because its costs in terms of particulate and greenhouse gas emissions exceed the value of the electricity it produces. Methamphetamine is illth because the costs to society of meth use greatly exceed the utilitarian benefits of use. And Bitcoin is illth because the energetic costs of production vastly exceed whatever marginal value can be gained by the use of a crypto-currency over traditional currency. 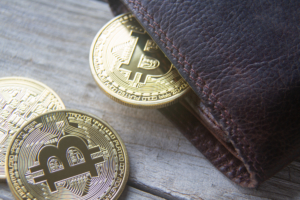 What Can We Do About It?

A few years ago, Congressional hearings were held in which lawmakers appeared positively flummoxed about how to stop Bitcoin. It is startling, however, that these lawmakers believe themselves powerless in this case. A nation that imprisons a larger proportion of its population than any other on earth, continues to classify certain molecules found in nature as illegal, has proven adept at regulating curse words on TV, and has a national security apparatus capable of monitoring the digital lives of millions of people, is stymied by a few lines of computer code.

Fortunately, India seems to have remembered that fines exist and is criminalizing the mining or possession of Bitcoin (albeit not for reasons of environmental protection). The Biden administration and its allies in Congress should follow suit and criminalize Bitcoin in much the same way we criminalize drug use, with draconian prison terms for production, distribution and possession.

Obviously, the war on drugs has been less than successful and so this suggestion might seem perverse, but Bitcoin is not a drug. You cannot be addicted to it, and its ownership is a calculated investment decision, not an illness. Further, the purpose of criminalization would not be to rid the world of Bitcoin, but to end its energy-intensive production. To do so, we need to devalue Bitcoin so that its mining is not worth the energetic costs. If several of the world’s largest economies make it a crime for their citizens to own Bitcoin, demand will drop, prices will fall, and new production will cease.

In a world that is dangerously warming, it is immoral to burn fossil fuels for no productive reason, but rather purely for private profit. Yes, we all burn fossil fuels every day, and we all privately profit from that consumption. But that consumption serves a greater good. We drive to work at hospitals, we turn the lights on at factories, we heat our homes. Steady-state advocates might argue about how much of that production we need, which factories are critical and which less so, and how the benefits of production are distributed, but we all acknowledge that economic activity produces important services that improve our lives in important ways. Bitcoin does not. It uses energy, largely fossil-fueled electricity, to produce a private benefit for its producers and holders at the expense of current and future generations.

A Doughnut Economy Please, but Hold the Agnostic Frosting