Seldom do you come across arguments that truly question the premise of a steady state economy. Sure, growth-obsessed pundits make arguments against it all the time, but these can typically be refuted by reviewing a few facts. After all, the world is finite, and there are real limits to growth. However, when such an argument arises from the work of the late, great Howard Odum, it’s worth taking a closer look.

Odum — as with Herman Daly — can be considered a genius. Both quite rightly have inspired large groups of disciples. Odum introduced a whole new vocabulary and way of thinking in regard to energy systems and the interactions between civilization, energy, and the environment.[1] One of the concepts that shows up regularly in his work is the “pulsing paradigm.” He asserts that systems of all scales, from the molecular to the galactic, pulse in order to maximize power, and that pulsing systems tend to prevail. He even states that “seeking a constant level of civilization is a false ideal contrary to energy laws… In the long run there is no steady state.” [1, p. 54]

These are worrying words for any devotee of the concept of a steady state economy, and coming from Odum, they can’t simply be dismissed as the ramblings of a lunatic. But before we abandon our quest and run to pitch our tents in the growth-at-all-costs camp, let’s see if the seemingly conflicting notions of the pulse and the steady state can be compatible.

Turning to Daly, we can first ask, how steady is a steady state? The answer should be: steady enough for stability, but not without room for fluctuation. Daly talks of “boundary-oriented stability” [2, p. 53]. Rather than setting a specific point-goal for the economy’s size, we should establish boundaries, and allow fluctuations within them — small pulses perhaps. Admittedly such small fluctuations don’t seem to be on the scale of the pulse that Odum describes (e.g., the rise and fall of a civilization).

Pulses develop from the accumulation of energy or resources over a long period, leading to a short period of frenzied consumption and climax, followed by descent. In modern society, fossil fuels have given rise to our current global-scale pulse. Certainly, there is much to indicate that we may have a period of descent ahead of us, but a period of descent doesn’t rule out the possibility of subsequently establishing a steady state economy.

In fact many of the policies that Odum recommends for this day and age are very similar to those promoted for a steady state economy [1, pp. 388-391]. They include limits on inequality and income, a stable money supply, low fertility rates, a focus on maintenance, and looser restrictions on knowledge and information.

An important question is whether human consciousness can overcome such natural pulses. Odum saw pulses as a mechanism for maximizing power over the long term. He drew on earlier work of Alfred Lotka who also noted the pulsing nature of predator-prey relationships. It seems that pulsing is an evolutionary survival strategy. Yet these systems are not conscious, or if they are (such as with animals), they are not self-aware.

Maybe humanity’s trait of self-awareness could grant us more control. Instead of being trapped in a frenzy of consumption, perhaps we can intentionally restrain ourselves, and store some energy for later use, thus dampening the pulse to a manageable scale. So far it would appear we have been unsuccessful, as we continue to extract and consume energy as quickly as we can. But perhaps a higher level of energy consciousness can be achieved in the future. The implication of this reasoning for steady state economics is that restricting our supply of fossil energy should be of the highest priority — hardly a new idea.

A final insight from Odum relates to the value of information. Like the physical infrastructure of a modern economy, the development of information requires high-quality energy inputs. With a contracting energy supply, society’s store of and access to information will likely diminish. Again, like infrastructure (or any asset), it requires continual maintenance, and information that is not deemed valuable enough will be lost. A long-term objective for steady state economics is to ensure that valuable knowledge survives any period of descent and remains widely available for use in the distant future. In this respect, we can all play our part to keep the flame alive.

Christian Williams has a Master’s degree in sustainable development from Uppsala University (Sweden). His thesis focused on the shorter work week as part of a transition towards a steady state economy, including a case study and political analysis from New Zealand, where he now makes his home. 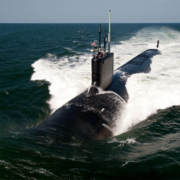 The Power of Story for Changing the Economy
Scroll to top
$