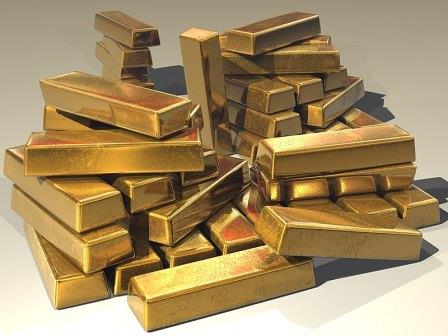 1. Gold has a real cost of mining and value as a commodity in addition to its exchange value as money. Gold’s money value and commodity value tend to equality. If gold as commodity is worth more than gold as money then coins are melted into bullion and sold as commodity until the commodity price falls to equality with the monetary value again. The money supply is thus determined by geology and mining technology, not by government policy or the lending and borrowing by private banks. This keeps irresponsible politicians’ and bankers’ hands off the money supply, but at the cost of a lot of real resources and environmental destruction necessary to mine gold, and of tying the money supply not to economic conditions, but to extraneous facts of geology and mining technology. Historically the gold standard also had the advantage of providing an international money. Trade deficits were settled by paying gold; surpluses by receiving gold. But since gold was also national money, the money supply in the deficit country went down, and in the surplus country went up. Consequently the price level and employment declined in the deficit country (stimulating exports and discouraging imports) and rose in the surplus country (discouraging exports and stimulating imports), tending to restore balanced trade. Trade imbalances were self-correcting, and if we remember that gold, the balancing item, was itself a commodity, we might even say imbalances were nonexistent. But of course the associated increases and decreases in the national price levels and employment were disruptive.

2. Token money would function pretty much like the gold standard if there were a one-to-one relation between gold and tokens issued. But with token money came fractional reserve banking. Goldsmiths used to loan gold to people, but gold is heavy stuff and awkward to carry around. Token money was created when a goldsmith gave a borrower a document entitling the bearer to a stated quantity of gold. If the goldsmith were widely trusted, the token would circulate with the same value as the gold it represented. As goldsmiths evolved into banks they began to make loans by creating tokens (demand deposits) in the name of the borrower in excess of the gold they held in reserve. This practice, profitable to banks, was legalized. Statistically it works as long as most depositors do not demand their gold at the same time—a run on the bank. Bank failures in the USA due to such panics led to insuring deposits by the Federal Deposit Insurance Corporation (FDIC). But insurance also has a moral hazard aspect of reducing the vigilance of depositors and stockholders in reviewing risky loans by the bank. Fractional reserves allow the banking system to multiply the money tokens (demand deposits that function as money) far beyond the amount of gold “backing.” 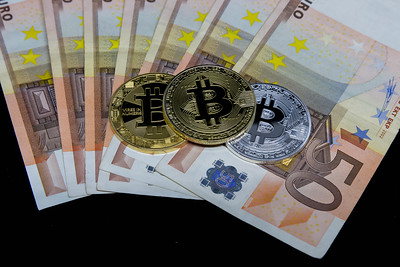 Why has money become the by-product of lending and borrowing? (Image: CC BY 2.0, Credit: Marco Verch)

3. Fiat money came when we dropped any pretense of gold “backing,” and paper tokens were declared to be money by government fiat. Currency is printed by the government at negligible cost of production, unlike gold. As the issuer of fiat money the government makes a profit (called seigniorage) from the difference between the commodity value of the token (nil) and its monetary value ($1, $5, …$100 …depending on the denomination of the paper note). Everyone has to give up a dollar’s worth of goods or services to get a dollar—except for the issuer of the money who gives up practically nothing for a full dollar’s worth of wealth. Nowadays the fractional reserve banking system counts fiat currency instead of gold as reserves against its lending. The demand deposit money created by the private banking sector is a large multiple of the amount of fiat money issued by the government. Who earns the seigniorage on the newly created demand deposits? The private banks in the first instance, but some is competed away to customers in the form of higher interest rates on savings deposits, lower service charges, etc. It is difficult to say just what happens to seigniorage on demand deposits, but clearly that on fiat currency goes to the government. (With commodity money seigniorage is zero because commodity value equals monetary value—except when the mint purposely debased gold coins). Under our present system, money is currency plus demand deposits. Currency is created out of paper by the government, and no interest is charged for it; demand deposits are created by banks out of nothing (up to a large limit set by small reserve requirements) and interest is charged for it. For example, when you take out a mortgage to buy a house, you are not borrowing someone else’s money deposited at the bank. The bank is in fact loaning you money that did not exist before it created a new deposit in your name. When you repay the debt, it in effect destroys the money the bank initially loaned into existence. But over the next 30 years, you will pay back several times what the bank initially loaned you. Although demand deposits are constantly being created and destroyed, at any given time over 90 percent of our money supply is in the form of demand deposits.

If phase 3, our present system, seems “screwy” to you, it should. Why should money, a public utility (serving the public as medium of exchange, store of value, and unit of account), be largely the by-product of private lending and borrowing? Is that much of an improvement over being a by-product of private gold mining? Why should the public pay interest to the private banking sector to provide a medium of exchange that the government can provide at no cost? Why should not seigniorage, unavoidable in a fiat money system, go entirely to the government (the commonwealth) rather than in large part to the private sector?

Is there not a better away? Yes, there is. We need not go back to the gold standard. Keep fiat money, but move from fractional reserve banking to a system of 100% reserve requirements. The change need not be drastic–we could gradually raise the reserve requirement to 100 percent. This would put control of the money supply and all seigniorage in hands of the government rather than private banks, which would no longer be able to live the alchemist’s dream of creating money out of nothing and lending it at interest. All quasi-bank financial institutions should be brought under this rule, regulated as commercial banks subject to 100 percent reserve requirements. Credit cards would become debit cards. Banks would earn their profit by financial intermediation only — i.e. lending savers’ money for them (charging a loan rate higher than the rate paid to savings account depositors) and charging for checking, safekeeping, and other services. With 100 percent reserves every dollar loaned to a borrower would be a dollar previously saved by a depositor, re-establishing the classical balance between investment and abstinence. The government would pay some of its expenses by issuing more non interest-bearing fiat money in order to make up for the eliminated bank-created, interest-bearing money. However, it can only do this up to a strict limit imposed by inflation. If the government issues more money than the public voluntarily wants to hold, the public will trade it for goods, bidding the price level up. As soon as the price index begins to rise the government must print less, tax more, or withdraw some of the previously issued currency from circulation. Thus a policy of maintaining a constant price index would govern the internal value of the dollar (providing a trustworthy store of value and constant unit of account). In effect the fiat money would receive a real backing—not gold, but the basket of commodities in the price index. The external value of the dollar could be left to freely fluctuating exchange rates. These policies are not new—they go back to Frederick Soddy in 1926, and to similar proposals by Frank Knight and Irving Fisher, the leading American economists of the 1920s. The fact that bankers and their friends in government and academia have willfully ignored these ideas for 90 years does not constitute a refutation of them but rather is a tribute to the power of vested interests over the common good.

How would the 100 percent  reserve system serve the steady state economy?

First, as just mentioned it would restrict borrowing for new investment to existing savings, greatly reducing speculative growth ventures—for example the leveraging of stock purchases with huge amounts of borrowed money would be severely limited.

Second, the fact that money no longer has to grow to pay back the principal plus the interest required by the loan responsible for the money’s very existence lowers the general pressure to grow. Money becomes neutral with respect to growth rather than biasing the system toward growth.

Third, the financial sector will no longer be able to capture such a large share of the nation’s wealth, leaving more available for meeting the needs of the poor. A steady state economy is not viable if it means a steady state of poverty for any significant proportion of the population.

Fourth, the money supply would no longer expand during a boom, when banks like to loan lots of money, and contract during a recession, when banks try to collect outstanding debts, thereby reinforcing the cyclical tendency of the economy. Reducing the risk of recession reduces the need to accumulate more to get us through the bad times.

Fifth, with 100 percent reserves there is no danger of a run on the bank leading to failure, and the FDIC could be abolished, along with its consequent moral hazard.

Sixth, the explicit policy of a constant price index would reduce fears of inflation and the resultant quest to accumulate more as a protection against inflation.

Seventh, a regime of fluctuating exchange rates automatically balances international trade accounts, eliminating big international surpluses and deficits. US consumption growth would be reduced without its deficit; Chinese production growth would be reduced without its surplus. By making balance-of-payments lending unnecessary, fluctuating exchange rates would greatly shrink the role of the IMF and its “conditionalities.” It also introduces more short-term risk and uncertainty into both international trade and investment. Many economists would see this as a disadvantage, but steady-state economics favors a greater degree of national production for national consumption, and fluctuating rates would offer a bit of protection in the form of adding an extra element of cost (exchange rate risk) to international transactions. Like the Tobin tax it “throws a bit of sand into the gears” and reduces global commerce and interdependence to a more manageable level.

To dismiss such sound policies as “extreme” in the face of the demonstrated fraudulence of our current financial system is quite absurd. The idea is not to nationalize banks, but to nationalize money, which is a natural public utility in the first place. This monetary system makes sense independently of one’s views on the steady state economy. But it fits better in a steady state economy than in a growth economy.

Money Is a COW, and It’s Time for the COWs to Come Home Weighing in on Money and Growth
Scroll to top
$