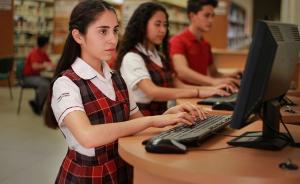 Note that their title is a bit misleading. World population will probably rise to over 10 billion before the slow decline would begin. The reversal of population growth is not a done deal. Growth still totals 80 million more of us per year.

The authors build a plausible case that fertility rates could fall more than currently projected by the United Nations (UN) as the world modernizes and urbanizes. Women with more access to education, careers, and family planning have lower rates of childbearing in many developed countries.

Readers of E.O. Wilson and Elizabeth Kolbert’s work on Earth’s sixth extinction event might expect the “empty planet” title to refer to a world with radically fewer birds, insects, polar bears, giraffes, whales, fish, and forests; a world less habitable for humans due to soil erosion, ocean acidification, and loss of millions of species; and a hot planet where people’s numbers collapse. The authors are two Canadians: a newspaperman and an opinion researcher. They don’t emphasize “carrying capacity” or “limits to growth” warnings from scientists.

A more realistic forecast would emphasize contingency—future population paths depend on yet-to-be enacted policies and family planning decisions. Continuing population growth is taking us from three billion people in 1960 to a UN projection of 10 billion by 2055. The title Empty Planet might sell books, but Overpopulated Planet seems closer to reality.

If current world fertility rates persisted unchanged, and the planet could handle such growth, the result would be a population of 24 billion by 2100. The UN’s 11.2 billion scenario in 2100 (compared to 7.8 billion now) remains contingent on fertility rates falling significantly in countries where high fertility rates have been persistent so far. A less optimistic scenario has low-fertility groups dying out and high-fertility groups inheriting an overpopulated, damaged planet.

The authors focus their discussion on fears of slower economic growth (fewer consumers buying fewer sofas and refrigerators) and the burdens of supporting higher percentages of older people. Yet plenty of data show that fewer numbers offer our best chances for universal prosperity. An economy can actually get smaller with a falling population, even while allowing individuals to enjoy higher incomes and quality of life. As population falls, land per capita increases, commodity prices decline, and damage to the planet decreases.

The problems of an aging population can be solved by maintaining a steady savings and older people working longer and/or part-time. Need more innovative young people? Try sending everybody to college. Spend proportionately more on research and development. Increasing productivity increases production with fewer workers.

Figure 1: Countries with older populations do better on incomes and growth 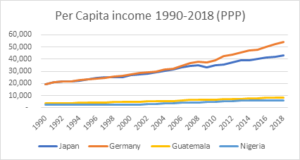 Reduced population means cheaper housing, cheaper food, less crowded subways, and less polluted air. With half as many people, overpopulated Japan will be closer to self sufficiency. Hydropower and other renewable energy sources will comprise higher percentages of energy. Low-fertility countries like Germany, Japan, Norway, and Singapore are doing fine. China, during the one-child policy, benefited from GDP per capita growth.

A better title than Empty Planet would have been Falling Fertility Gives Hope for Prosperity. Business boosters forget that with more people there are not only more refrigerators sold, but also more competitors and higher-priced inputs. The data show that ending population growth makes people sustainably better off.

For example, in 2017 economists Daron Acemoglu and Pascual Restrepo looked at how rapidly GDP per capita grew between 1995 and 2015. They compared the GDP growth to how much the ratio of older people to working-age people changed over the same time period, expecting to find a relationship between GDP and age ratio. Yet there was no connection at all (Spross 2019).

Leaving out lamentations about lost refrigerator sales, Empty Planet contains good news: family size preferences change and fertility rates fall when women are educated and have access to family planning resources. If Bricker and Ibbitson are right, the transition to low fertility won’t be that difficult to accomplish. More family planning aid, an emphasis on educating women, and other sustainable policies can get it done.