“We are capable of shutting off the sun and the stars because they do not pay a dividend.” —John Maynard Keynes (1933) 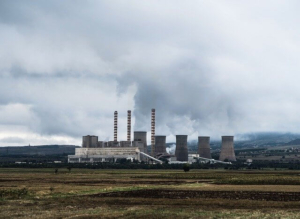 Geo-engineers support the argument that we should reduce the flow of solar energy in order to protect the fossil fuel economy.  (Image: CC0, Credit: Pexels).

Frederic Bastiat’s classic satire, “Petition of the Candlemakers Against the Sun,” has been given new relevance. Written in 1845 in defense of free trade and against national protectionism in France, it can now be applied quite literally to the cosmic protectionists who want to protect the global fossil fuel-based growth economy against “unfair” competition from sunlight—a free good. The free flow of solar radiation that powers life on earth should be diminished, suggests some, including American Enterprise Institute’s S. Thernstrom (Washington Post 6/13/09, p. A15), because it threatens the growth of our candle-making economy that requires filling the atmosphere with heat-trapping gasses. The protectionist “solution” of partially turning off the sun (by albedo-increasing particulate pollution of the atmosphere) will indeed make thermal room for more carbon-burning candles. Although this will likely increase GDP and employment, it is attended by the inconvenient fact that all life is pre-adapted by millions of years of evolution to the existing flow of solar energy. Reducing that flow cancels these adaptations wholesale—just as global warming cancels myriad existing adaptations to temperature. Artificially reducing our most basic and abundant source of low entropy (the solar flux) in order to more rapidly burn up our scarcer terrestrial source (fossil fuels), is contrary to the interests both of our species and of life in general. Add to that the fact that “candles” and many other components of GDP are at the margin increasingly unneeded and expensive, requiring aggressive advertising and Ponzi-style debt financing in order to be sold, and one must conclude that “geo-engineering” the world for more candles and less sunlight is an even worse idea than credit default swaps.

Why then do some important and intelligent people advocate geo-engineering? As the lesser evil compared to absolutely catastrophic and imminent climate disaster, they say. If the American Enterprise Institute has now stopped offering scientists money to write papers disputing global warming, and in fact has come around to the view that climate change is bad, then why have they not advocated carbon taxes or cap-auction-trade limits? Because they think the technical geo-fix is cheap and will allow us to buy time and growth to better solve the problem in the future. One more double whiskey to help us get our courage up enough to really face our growth addiction! Probably we are irrevocably committed to serious climate change and will have to bear the costs, adapt, and hasten our transition to a steady-state economy at a sustainable (smaller) scale. Panicky protectionist interventions by arrogant geo-engineers to save growth for one more round will just make things worse.

At the earthly level, I am no free trader and neither was Keynes, but “shutting off the sun and the stars” to protect the fossil fuel economy is carrying protectionism to cosmic extremes. Reality has overtaken satire.

Presenting the Economic Policy of the Occupy Movement
7 replies