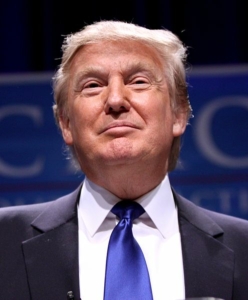 If you call yourself a “conservative” these days, what does that tell us? Or, what is it supposed to tell us? Does it mean you’re a Republican, a Tory, or a member of the largest party in the democratic world, the Bharatiya Janata Party? Must you be a particular brand of partisan—maybe a MAGA Republican or a Modi भक्त—to wear the conservative hat?

What about your faith? Are you automatically a Christian in the Western world, a Hindu in South Asia, or a Muslim in the “Stan” countries? Do you wear the uttarasanga in Thailand or the kippah in Israel? How do your conservative beliefs translate into economic policy?

In the West, at least, “conservative” seems to imply quite a pro-growth position. Is economic growth a natural fit under the conservative umbrella, or is it more of a “neoconservative” add-on?

The very phrases “traditional conservative” (which seems a bit redundant) and “neoconservative” would suggest that conservative principles—certain ones at least—are mutable. I’ll take that as my cue to argue for the steady state economy as a central pillar of 21st century conservatism.

If you were a smoker and trying to kick the habit, you’d find it odd if someone offered you a cigarette as a “curative.” You might wonder what they’d been smoking, because the suffix “ative” is supposed to carry some meaning; in particular, “of, relating to, or connected with.” Yes, a cigarette might be “related to” your challenge, but calling it a “curative” is misleading at best, and cruel at worst.

Similarly, when used in an adjective, “ative” means “tending to.” If you are an ameliorative sort, you tend to ameliorate, not exacerbate. (You tend toward curative solutions, coincidentally.)

If You Don’t Conserve, You’re No Conservative

When it comes to “conservative,” it requires only a simple extraction of the “ative” suffix to be left with the root word “conserve.” That, then, should tell us precisely what a conservative is.

According to the Oxford English Dictionary, “conserve” means to “protect (something, especially an environmentally or culturally important place or thing) from harm or destruction.” To clarify, it was not yours truly who inserted in parentheses the emphasis on “environmentally or culturally important,” but rather the staid authorities at Oxford English Dictionary. They provided but one example of conserve: “the funds raised will help conserve endangered meadowlands.”

An industrial polluter or otherwise environmentally rapacious “conservative” might argue, based on the Oxford English Dictionary, that they still qualify for the title by protecting a “culturally important place or thing.” I’m not buying it, though, are you? If someone is going to label their very self with an “ative” noun, they better be “of, relating to, or connected with” the root of the noun. They shouldn’t be able to pick and choose incomplete elements of a meaning to claim the full title, especially if they’re leaving out the single most relevant meaning of the root word. That would be insincere and fraudulent.

Now if you’re the industrial polluter, you might be able to legitimately elaborate, using the adverb “culturally” as a disclaimer, “I’m culturally conservative.” However, merely by specifying a particular aspect in which you lean conservative implies that you are not, in fact, a conservative. You’re no more of a conservative than Al Gore. If anything, Gore would qualify for the title before you, because he can lay claim to the top shelf in the conservative pantry, as an environmental protector par excellence.

But there’s a deeper reason you can’t be a real conservative without being for conservation. The very culture you claim to value rests on a place-based environmental identity. If you’re trying to protect a fishing culture—say cod fishing in New England, salmon fishing in Alaska, or shrimping in Louisiana—you better start by protecting the fishery. All the boats and poles and nets in the state won’t protect your fishing culture if there’s nothing to catch!

Roughly half the senators in Congress are supposed to be representing these nature-based cultures, more or less predominantly. All it takes is a basic understanding of American geography to arrive at such an estimate, starting with the eleven western states, moving into the prairie states of the Midwest, and adding in states of predominantly natural character (Alaska and Maine, for example).

In the House, about 42 percent (184/435) of representatives should be truly conservative—conserving and protecting the environment—most notably the 70 serving “pure rural” districts. That’s assuming these are truly representative representatives, pursuant to our “ative” standards.

And what are we true conservatives protecting the forests, fisheries, rangelands, and farmlands from? It’s not the U.S. Forest Service, Fish and Wildlife Service, Bureau of Land Management, or Natural Resources Conservation Service we need to worry about. Forget about the fact that they’re part of the government, which Dark Money wants to shrink for regulation-shirking purposes. These natural resource agencies are basically on our side, protecting the natural environments that support our natural cultures. The real threat to the true conservative is the bulldozer; the proverbial and sometimes literal bulldozer of urbanization, industrial development, and infrastructure. The proliferation of the economy, in other words.

Cultural conservatism is harder to come by when it’s based on non-renewable resources. Drilling and mining cultures have an expiration date. The best way to protect a non-renewable culture would be to slow the rate of extraction (which would have the additional benefit of slowing the bulldozer). Kids, grandkids…maybe even seven generations might have a chance to experience the lifestyle. Ultimately, however, it’s hard to square a drilling or mining culture with true conservatism.

How did political conservatism get hitched to an ever-growing GDP to begin with? Perhaps in the pursuit of liberty, aka freedom, including economic freedom or “laissez faire.” Yet the very principle of liberty causes immediate problems for the conservative, and it should, because the Latin root “liber” (free) is precisely the same in the words “liberty” and “liberal.” The latter, of course, is naturally opposed by conservatives (and positively abhorred by MAGA Republicans).

Perhaps conservatives overcome this fundamental contradiction—being for liberty while being against liberals—by picking and choosing from numerous connotations of “liberty.” Merriam-Webster offers four primary and no fewer than eleven secondary meanings of liberty. Two meanings would seem to support the notion of perpetual GDP growth: “an action going beyond normal limits” and “freedom from physical restraint.”

Notions of perpetual growth certainly entail “going beyond normal limits.” “Normal” in this case is synonymous with natural, including natural physical restraint (such as a finite planet). Perpetual GDP growth, then, would be a supernatural phenomenon, entirely unrooted from nature and reality. That hardly seems like a traditionally conservative approach!

Irving Kristol provided a different explanation in his article, “The Neoconservative Persuasion,” in which he contrasted neoconservatism with traditional conservatism. “Neocons are familiar with intellectual history,” he wrote, “and aware that it is only in the last two centuries that democracy has become a respectable option among political thinkers. In earlier times, democracy meant an inherently turbulent political regime, with the ‘have-nots’ and the ‘haves’ engaged in a perpetual and utterly destructive class struggle. It was only the prospect of economic growth in which everyone prospered, if not equally or simultaneously, that gave modern democracies their legitimacy and durability.” Thus the “steady focus on economic growth.”

To the degree that Kristol was correct, today’s pro-growth Republicans should be labeled “neoconservatives” to distinguish them from the brand of conservatism that is traditional and grounded in the vernacular (in particular with the focus on the root word “conserve”).

Whatever its origins, the alliance between conservative ideology and economic growth conflicts not only with laws of nature, but with the Christian virtues outlined by Pope Francis in the Laudato si’, On Care for Our Common Home, the encyclical focused on environmental protection. It should not be surprising to find the Vatican, a bastion of conservatism, taking the truly conservative approach of environmental protection and nature conservation. What is surprising is “conservative” Catholic leadership undermining the Laudato si’ in the USA and in Australia.

The purpose of this article isn’t to coronate liberals as superior to conservatives in the USA or elsewhere, even though liberals are thought to be more concerned with and oriented toward environmental protection. This distinction has long been the case and has gotten more pronounced with climate change. Unfortunately, liberals have their own problem—a very big one—with doing what they say.

While conservatives have lost touch with the root word “conserve,” liberals seem to have lost touch with the meaning of “environmental protection.” They’ve forgotten, for example, how the 93rd Congress found and declared that species “have been rendered extinct as a consequence of economic growth and development.” They’ve become even more notorious than conservatives for the win-win rhetoric that “there is no conflict between growing the economy and protecting the environment.”

Steady staters, then (who presumably tend toward political independence) would be wise to court both sides of the political aisle, as each has latent inclinations toward a steady state economy. Liberals have the inside track, apparently, on “environmental protection” as a political plank. Once they’ve come to recognize the fundamental conflict between economic growth and environmental protection, they can prove themselves by embracing the steady state economy.

We might even conclude that conservatism is a steady state economy.