Forty years ago when I read The Limits to Growth, I already believed that growth in total resource use (population times per capita resource use) would stop within the next 40 years. The modeling analysis of the Meadows’ team was a strong confirmation of that common-sense belief based on first principles going back at least to Malthus and earlier classical economists. 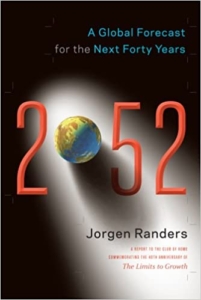 2052: A Global Forecast for the Next Forty Years

Well, it is now 40 years later and economic growth is still the number one policy goal of practically all nations—that is undeniable. Growth economists say that the “neo-Malthusians” were simply wrong and that we will keep on growing. But I think economic growth has already ended in the sense that the growth that continues is now uneconomic—it costs more than it is worth at the margin and makes us poorer rather than richer. We still call it economic growth, or simply “growth” in the confused belief that growth must always be economic. I contend that we, especially in rich countries, have reached the economic limit to growth, but we don’t know it and desperately hide the fact by faulty national accounting, because growth is our idol and to stop worshiping it is anathema.

It is no refutation to ask if I would rather live in a cave and freeze in the dark than accept all the historical benefits of growth. Of course not. The total cumulative benefits of growth are in my view greater than the total cumulative costs, although some economic historians debate that. In any case, we cannot undo the past and should be grateful to those who paid the costs of creating the wealth we now enjoy. But, as any economist should know, it is the marginal (not total) costs and benefits that are relevant to determining when growth becomes uneconomic. Marginal benefits decline because we satisfy our most pressing wants first. Marginal costs rise because we first use the most accessible resources and sacrifice the least vital ecosystem services as we grow (convert nature into artifacts). Are the marginal benefits of a third car worth the marginal costs of climate disruption and sea-level rise? Declining marginal benefits will equal rising marginal costs while net benefits are positive—in fact, precisely when cumulative net benefits of past growth are a maximum! No one is against being richer, at least up to some sufficient level of wealth. That rich is better than poor is a definitional truism. That growth always makes us richer is an elementary mistake even within the basic logic of standard economics.

As suggested above, we do not really want to know when growth becomes uneconomic because then we should stop growing at that point—and we don’t know how to run a steady state economy and are religiously committed to an ideology of “no limits.” We want to believe that growth can “cure poverty” without sharing and without limiting the scale of the human niche in creation. To maintain this state of delusion we confuse two distinct meanings of the term “economic growth.” Sometimes it refers to the growth of that thing we call the economy (the physical subsystem of our world made up of the stocks of population, wealth, and the flows of production and consumption). When the economy gets physically bigger we call that “economic growth.” But the term also has a second, very different meaning—if the growth of anything causes benefits to increase faster than costs, we also call that “economic growth”—growth that is economic in the sense that it yields a net benefit or a profit. Now, does “economic growth” in the first sense imply “economic growth” in the second sense? No, absolutely not. The idea that a bigger economy must always make us richer is pure confusion. 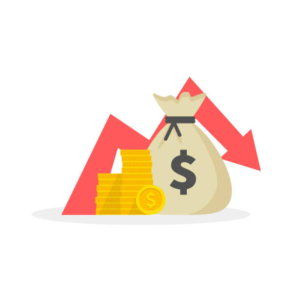 That economists should contribute to this confusion is puzzling because all of microeconomics is devoted to finding the optimal scale of a given activity—the point beyond which marginal costs exceed marginal benefits and further growth would be uneconomic. Marginal Revenue = Marginal Cost is even called the “when to stop rule” for the growth of a firm. Why does this simple logic of optimization disappear in macroeconomics? Why is the growth of the macro-economy not subject to an analogous “when to stop rule”?

We recognize that all microeconomic activities are parts of the larger macroeconomic system and their growth causes displacement and sacrifice of other parts of the system. But the macro-economy itself is thought to be the whole shebang, and when it expands, presumably into the void, it displaces nothing and therefore incurs no opportunity cost. But this is false of course. The macro-economy too is a part, a subsystem of the biosphere, a part of the Greater Economy of the natural ecosystem. Growth of the macro-economy too imposes a rising opportunity cost of reduced natural capital that at some point will constrain further growth.

But some say that if our empirical measure of growth is GDP, based on voluntary buying and selling of final goods and services in free markets, then that guarantees that growth always consists of goods, not “bads.” This is because people will voluntarily buy only goods. If they, in fact, do buy a bad then we have to redefine it as a good! True enough as far as it goes, which is not very far. The free market does not price bads—but nevertheless bads are inevitably produced as joint products along with goods. Since bads are un-priced, GDP accounting cannot subtract them—instead, it registers the additional production of anti-bads (which do have a price), and counts them as goods. For example, we do not subtract the cost of pollution as a bad, yet we add the value of pollution cleanup as a good. This is asymmetric accounting. In addition, we count the consumption of natural capital (depletion of mines, wells, aquifers, forests, fisheries, topsoil, etc.) as if it were income rather than capital drawdown—a colossal accounting error. Paradoxically, therefore, GDP, whatever else it may measure, is also the best statistical index we have of the aggregate of pollution, depletion, congestion, and loss of biodiversity. Economist Kenneth Boulding suggested, with tongue only a little bit in cheek, that we re-label it Gross Domestic Cost. At least we should put the costs and the benefits in separate accounts for comparison. Economists and psychologists are now discovering that, beyond a sufficiency threshold, the positive correlation between GDP and self-evaluated happiness disappears. This is not surprising because GDP was never meant as a measure of happiness or welfare—only of activity; some of which is joyful, some beneficial, some regrettably necessary, some remedial, some trivial, some harmful, and some stupid.

In addition, we count the consumption of natural capital (depletion of mines, wells, aquifers, forests, fisheries, topsoil, etc.) as if it were income rather than capital drawdown—a colossal accounting error. (Image: CC0, Credit: Photographer2575).

In sum, economic growth in sense 1 (scale) can be, and in the U.S. has become, uneconomic growth in sense 2 (net benefits). And it is sense 2 that matters most. I think The Limits to Growth in sense 2 have been reached in the last 40 years, but that we have willfully denied it, much to the harm of most of us, but to the benefit of an elite minority who keeps on pushing the growth ideology, because they have found ways to privatize the benefits of growth while socializing the even greater costs. The big question in my mind is, can denial, delusion, and obfuscation last another 40 years? And if we keep on denying the economic limit to growth how long do we have before crashing into the more discontinuous and catastrophic biophysical limits? I am hopeful that in the next forty years we can finally recognize and adapt to the more forgiving economic limit. Adaptation will mean moving from growth to a steady state economy, one almost certainly at a smaller scale than at present. By scale I mean the physical size of the economy relative to the ecosystem, probably best measured by resource throughput. And ironically, the best existing index we have of throughput is probably real GDP!

I must confess surprise that denial has endured for 40 years. I think to wake up will require something like repentance and conversion, to put it in religious terms. It is idle to “predict” whether we will have the spiritual strength and rational clarity for such a conversion. Prediction of the direction of history is premised on a determinism that negates purpose and effort as independently causative. No one gets a prize for predicting his own behavior. Prediction of the behavior of others is problematic because they are so much like one’s self. And if we are really determinists, then it doesn’t matter what we predict —even our predictions are determined. As a non-determinist, I hope and work for an end to growth-mania within the next 40 years. That is my personal bet on the medium-run future. How confident am I that I will win that bet? About 30 percent, maybe. It is entirely conceivable that we will totally exhaust earth’s resources and life-support systems in ruinously expensive attempts to grow forever: perhaps by military conquest of other nations’ resources and of the remaining global commons; perhaps by attempted conquest of the “high frontier” of space. Many think just because we have managed a few manned space stunts at enormous expense, that the science fiction of colonization of sidereal space is technically, economically, politically, and ethically viable. And these are the same people who tell us that a steady state economy on earth is too difficult a task to ever accomplish.

Two Schools and the Path to the Steady State Economy