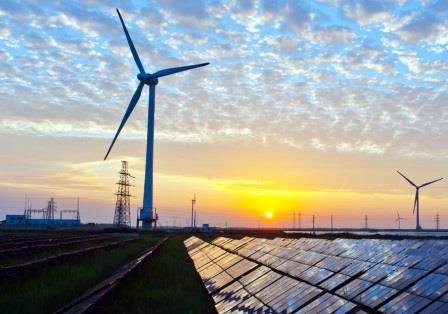 Politicians, corporations, and big environmental NGOs claim that renewable energy can support the economy. Really? At what level and at what cost? (Image: CC0, Credit: Kenueone)

However, human reason invariably operates in a straitjacket. Even the most elevated of human thought is constrained by life experience and the unquantifiable set of beliefs and values, as well as facts and assumptions, that every individual acquires by growing up in a particular cultural environment. Life experience determines a person’s perception of reality. Unsurprisingly, people are most comfortable when the universe unfolds in harmony with their culturally preset notion of how things ought to be.

Of course, in complex societies there are many potential versions of “truth” on any particular subject. “Reality”—or rather, our socially-constructed perception of reality—comes in many guises.

Herein lies potential chaos. It starts when a line of thought taken for granted by a group of people who share the same cultural narrative is disputed by another group who observe a different set of beliefs, values, and assumptions.

Consider the dilemma of modernity. Propelled by fossil fuels, our increasingly global techno-industrial (mainly capitalist) society has generated unprecedented material prosperity for hundreds of millions of people. This extraordinary progress leads us to believe an endless energy bounty will support the ten billion humans expected on the planet by mid- to late century. The catch is that this same success is already well on the way to depleting and polluting the seas, denuding the continents of forests, displacing the world’s wildlife, and triggering climate change. 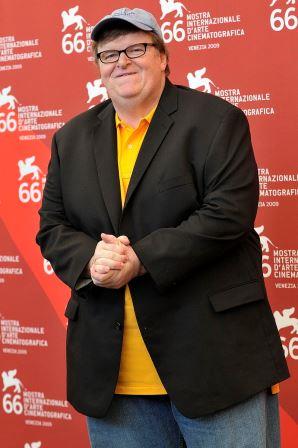 This is not a problem according to the cultural mainstream. Radiating self-confidence and buoyed by unquestioned past material success, the political and corporate leadership seem confident that human ingenuity (our greatest resource) will prevail. They argue that we have already found economically viable renewable substitutes for fossil fuels such as biomass, wind turbines, and solar photo-voltaic arrays. These alternatives should enable economic growth to continue indefinitely, bringing the affluence needed to “fix” the ecosphere. The big environmental NGOs have climbed on board for pushing the techno-fix narrative, and most citizens are only too happy to go along for the business-as-usual ride.

Not everyone is jumping on the pro-growth bandwagon, however. A surge of scientists and citizens has written a competing narrative. This renegade group reasons that wind and solar technologies are quantitatively insufficient to power modern society, contribute to ecological destruction, and are heavily subsidized by fossil fuels and not really renewable. To them, the only reasonable “solution” to the ongoing climate and eco-catastrophe, difficult as it may be to achieve, is adapting to much lower levels of energy and material consumption, sharing existing income/wealth, and learning to live within the biophysical means of nature.

This new movement has been growing steadily and waiting to catch fire politically. While there has been a deepening discussion about the impacts of the economy on the environment, there has also been a significant lack of media coverage about it. That was, however, until a few weeks ago, when one documentary ignited the argument against economic growth: Planet of the Humans.

The Gibbs/Moore production has ignited a conflagration of competing worldviews unparalleled by any debate about alternative energy sources in the history of the environmental movement. As a human ecologist, I’ll admit up front that I am in the renegade camp, but I am not blinded to certain weaknesses in Gibbs’ take on our dilemma. This film contains many pros and cons when framing the conversation of environmental protection. Let’s explore what Planet provided.

The Underbelly of Environmental Organizations

Planet of the Humans does a great service in eroding faith in renewable energy, particularly the travesty of broad-scale biomass energy. It achieved less than it could in undermining wind and solar power. This is a shame since the loudest screams of “foul” come from wind/solar advocates, and there are plenty of recent analyses and data which the film could have drawn on to cut them off. It’s an ironic weakness, because the films critics are most adamant about how “dated” the wind/solar information is. Yes, it’s dated, but on both sides of the argument about whether wind/solar is capable of replacing fossil fuels at the current size of economy.

The film also succeeds in skewering several environmental organizations and popular heroes in the process. Though it’s difficult to watch the hypocrisy of environmental champions unveiled, investigating into these advocacy groups is important and necessary. For instance, Gibbs reveals the large and mainstream environmental organizations are highly dependent on the corporate sector for their financing, either directly or indirectly. This certainly compromises what they can say about the (corporate) values of society and helps to explain why so many environmental NGOs support capital-intensive (i.e., profit-oriented) approaches to energy supply and climate change—e.g., electric cars, solar photovoltaics, wind turbines, carbon capture and storage, etc. These organizations make us think they are saving the planet by introducing “green” tech; yet they are supporting—and enjoying the support of—the corporate giants that contribute to destroying the earth. Even the Green New Deal is a false-promise approach that suggests all we have to do is invest in techno-fixes to continue on our growth-bound path.

As noted above, up-to-date data are important, and accurate data even more so. Planet of the Humans relies excessively on old research and off-the-cuff comments from interviewees. Gibbs/Moore could have better supported their case by referencing current issues with “green” technology, including extended net energy analysis from mine-shaft through operation, as well as the decommissioning of commercial wind turbine and solar installations.

However, Gibbs does bring a critical question to light: Are renewables effectively displacing fossil fuels?

Let’s look first at the case of Germany, a leader in green energy investment. According to Clean Energy Wire, while wind and solar make a significant contribution to German electricity production (21 percent and 8 percent respectively) these two sources supply a mere 5 percent of German primary energy consumption (3.5 percent and 1.5 percent, respectively). Biomass—largely green trees as Gibbs pointed out—supplies a full 7.6 percent. Meanwhile, fossil fuels still account for about 78 percent of primary consumption, and carbon emissions have been more or less plateaued for a decade. (Yes, carbon emissions did drop in Germany in 2019, by about 6 percent, but 2019 also marked a sharp slump in German GDP growth, especially in the industrial sector). All this despite hundreds of billions invested in wind and solar energy. Furthermore, keep in mind that wind and solar require full backup power, either domestic or imported. (Note this well: It is a common error to conflate electricity generated with total energy demand/consumption. The former is typically only about 20 percent of the latter.) 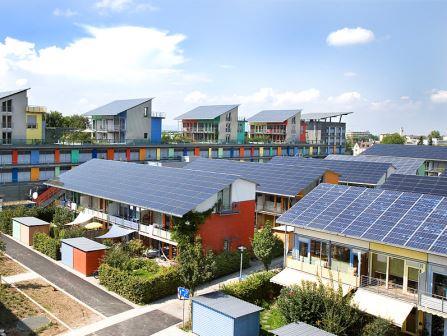 Then there’s the global picture to consider. According to BP Statistical Review of World Energy 2019, in 2018, fossil fuels supplied 11,743.6 Mtoe (million tonnes of oil equivalent) or 85 percent of the world’s primary energy, while non-hydro renewables (mostly commercial biomass, wind, and solar) contributed only 561.3 Mtoe (4 percent).

Bottom line? Starting from a much larger base, the pre-pandemic annual absolute growth in fossil fuel production/consumption continues to outpace that of renewables, especially non-hydro-renewables, by a wide margin, despite the higher relative growth rate of renewables. Nothing suggests this will change while economic growth remains the goal, especially since new technology requires economic growth based on current levels of technology.

Bountiful Energy Could Do More Harm Than Good

Gibbs underplays (and the subsequent criticism I have seen entirely misses) a critical point: Even if renewables were “the answer”—i.e., even if our techno-industrial, capitalist growth succeeds in contriving any cheap, plentiful substitute for fossil fuels—it would be catastrophic. Without a sea change in expansionist values and our anthropocentric approach to the natural world, humans will simply use the energy bounty to complete their dismemberment of Earth. (Planet’s horrific sequences of stranded orangutans—their habitats destroyed for palm oil and sugar cane for “green energy”—is perhaps the most illustrative example of this potential destruction.)

In short, it’s really beside the point whether “100 percent renewable energy” is possible because any techno-fix would be disastrous given the prevailing cultural narrative and macroeconomic goals.

Planet of the Humans is far from inaccurate in undermining today’s overconfidence in renewables and mainstream environmental NGOs but is arguably a bit unfair to some individuals. Gibbs engages people on both sides of a complicated issue, selectively goring some. Wherever one stands on the issue of sustainable energy, though, Planet of the Humans is proving to be a deeply moving and motivating production.

And now there is a complicating—but possibly complementary—factor. The COVID-19 pandemic provides an unscheduled opportunity to rethink our energy and economic futures. The real planet of humans is at a crossroads: Pre-pandemic trends will not simply resume as if nothing had happened.

Homo sapiens is an allegedly rational species. Virtually everyone agrees that we must avoid an ecosystem collapse and reverse global warming. We also recognize that if civilization is to persist, we must have energy sources. So, what is the solution that balances these two issues?

CASSE’s push for the steady state economy is certainly one of the most rational answers to that question. It really ”stands to reason” that we need an economy that fits on the planet, using a reasonable amount of energy from renewable sources and with processes that don’t destroy our ecosystems. Reducing energy use to that reasonable amount surely entails real (not just political) degrowth. “Degrowth toward a steady state economy” summarizes the solution quite well.

Would the Steady State Economy Be a Miracle?
31 replies

The Second Cold War? The Steady Stater Stance on Renewable Energy: A Clarification
Scroll to top
$