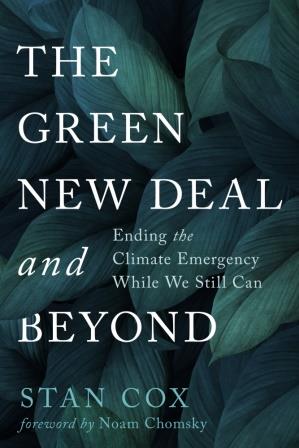 The Green New Deal and Beyond: Ending the Climate Emergency While We Still Can
By Stan Cox
City Lights Books
$16.95

Achieving sustainable societies globally is likely to be a defining challenge of the 21st century. There is a growing realization that we must act to mitigate the climate crisis. There is also a growing understanding that social and economic injustice must be solved simultaneously. There are many ideas of how to achieve this, but none seems to have caught widespread attention as much as the Green New Deal. This resolution of the U.S. House of Representatives is not an action plan. It is more like a high-level set of guiding principles.

In his new book, The Green New Deal and Beyond, Stan Cox makes the case that even though the Green New Deal Resolution is broad, it doesn’t cover all environmental and economic issues. First, even though there is a focus on eliminating greenhouse gas emissions and developing renewable energy, there are no explicit means to eliminate fossil fuels. This is a serious shortcoming. A more serious shortcoming is that the Green New Deal encourages economic growth. Economic growth makes it far more difficult to eliminate greenhouse gas emissions and exacerbates a host of other environmental issues. A small but rapidly growing group of people think that economic growth must be halted or even reversed to achieve sustainable societies. This is not to say this is an end to progress. Instead progress will be measured by the ability of people to live healthier, happier, and more fulfilling lives.

The first half of the book provides a good overview of the economic and social justice progress made over the last 100 years or so. From the 1920s through the 1970s, great progress was made with the original New Deal, Social Security, workers’ rights, welfare, and the civil rights movement. However, starting in the 1980s progress slowed and then eroded. Today economic inequality is similar to what it was in the 1920s. The civil rights wins of the 1960s have proven to not be as successful as they seemed.

The second half of the book focuses on policies beyond the Green New Deal, such as eliminating fossil fuels. Dr. Cox proposes a system he calls “cap and ration” whereby greenhouse gas emissions are capped by issuing or auctioning permits. Over time the cap would be lowered to zero. The cap would be aggressive, forcing a reduction in total energy brought to market, increasing prices and resulting in the need for price controls. To manage a fair distribution of the reduced energy inputs, a rationing system would be required down to the individual household level. He describes a “Victory Plan” to administer this as follows:

Modeled in part on the civilian mobilization for World War II, the Victory Plan would be carried out by a broad array of agencies, including a Climate Mobilization Board, which would administer caps on fossil fuels and materials and oversee production goals. The Mobilization Board would be an analog of the War Production Board of the 1940s. Another agency from that era, the Office of Price Administration, would be revived under its original name to oversee price controls and rationing.

Overall, The Green New Deal and Beyond is well written and accessible. It includes almost 300 endnotes but unfortunately no index. The assessment of our environmental and economic challenges is spot on; so is his vision of a sustainable society as a steady state economy that uses less energy and other natural resources. On the other hand, his proposal for the transition from our consumerist society to a sustainable one is heavy-handed, overly complex, and too reliant on central planning. The only time large-scale central planning has worked well is for short-term civilian mobilizations for war. In his 2014 blog article, “Cold War Leftovers,” Herman Daly very succinctly addresses the issue of what should be planned and what should be left to the market. He wrote:

Steady-state economics deals with three problems: sustainable scale, just distribution, and efficient allocation. It takes the first two issues, scale, and distribution, away from the market. It calls for quantitative ecological limits on the throughput of resources so that the market can no longer determine the physical scale of the economy relative to the biosphere. It also advocates social limits to the range of income inequality, so that the market can no longer generate large inequalities of wealth. Subject to these two prior macro-level aggregate constraints, it then relies on the market to efficiently allocate resources.

Daly’s guidance seems wiser by the day, especially when we consider his further admonition to distinguish rival and excludable goods from those which are not, when identifying which goods are fit for market allocation. 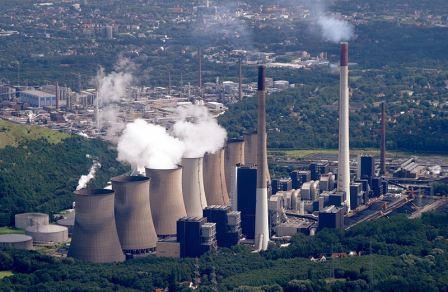 So, where does this leave us? We have an ecological imperative to address climate change and a moral imperative to address economic inequality. Executing a transition to a sustainable society is, of course, an extremely difficult challenge. If done well, this can be a real human advancement; however, if botched, it can become an epic catastrophe.

While this transition is partly an engineering problem, it also involves climatology, politics, policy debates, ideological differences, economics, and power struggles. How do we find a path to sustainable societies, then? It may be helpful to look at how difficult problems have been addressed in the past. Often various ideas are proposed. They are criticized, tested, modified, debated, combined, and sometimes abandoned. The best ones survive. We need diverse ideas to come into the light of day where they can be debated and advanced, or abandoned. Time is short. We have only about a decade to get this right. Dr. Cox has offered some bold ideas. It’s up to the rest of us to read them and join the conversation.

Gerry Greaves is a retired engineer and the CASSE Chapter Director for Upstate South Carolina.

Next Big Thing or Next Big Mistake?
1 reply