Over a decade ago, a chorus of voices called for sensible policy priorities for a post-growth transition; it took a pandemic for a few of these priorities—like a universal basic income—to become a reality nearly overnight. Not that recent policy reforms have been conducted with a steady state economy in mind. Rather, politicians have been attempting to “stimulate” a moribund economy.

Let’s imagine for a moment, however, that instead of “keeping the wheels on” and propping up a struggling growth economy in the midst of a pandemic, we intentionally build the better world our hearts know is possible. How do we nurture the roots of a just transition?

As a result of global economic hardship, many jurisdictions have recently instituted ideas that inch us closer to a steady state economy, including cash benefits that resemble a basic income and increased work flexibility. New Zealand has demonstrated to the world how to prioritize wellbeing over GDP. Many other places have begun to tax environmental costs in the form of a carbon tax.

It feels like the transition to a post-growth society may slowly be taking root, but it’s worth considering some of the reasons to be even more intentional about choices going forward.

During the global pandemic, cracks of injustice have been exposed, including racial, financial, and gender disparities. Manifestations of inequality are complex and structural. Fundamentally, however, when people are unable to meet their needs or control their destinies, it’s more likely that political cleavages will be exacerbated.

I recently wrote about warrants for a universal basic income, but wealth inequality remains a concern after a UBI floor is established. Herman Daly writes that by permitting wealth disparities in which the richest earn 500 times more than the poorest, the sense of community necessary to foster a just and democratic society becomes prohibitive. He notes that “rich and poor separated by a factor of 500 have few experiences or interests in common and are increasingly likely to engage in violent conflict.”

Growth is said to improve income inequality because it provides new opportunities for the poorest members of society. However, over the last decade, growth has not been shared equitably and has disproportionately benefited society’s most privileged. Reducing poverty and ensuring social cohesion and stability requires meaningful income redistribution, including a basic income, a minimum employment income, and—perhaps controversially—a maximum income for top earners. 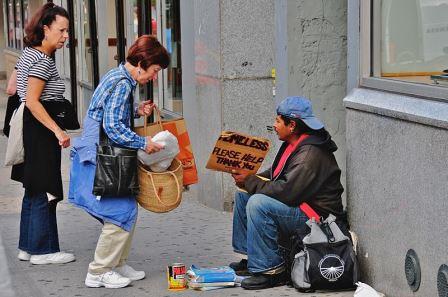 Let’s consider the latter, which will be harder to accomplish. In the USA, where the cracks of injustice have been particularly jagged, corporate America has a 500-factor wealth disparity. Czech argued in Supply Shock (2013, New Society) for launching sectoral salary caps at fifteen times the minimum in-sector salary, noting the popular precedent for salary caps (albeit with gaudy salaries) in professional sports. In Enough Is Enough (2013, Berrett-Koehler), Dietz and O’Neill touted the Mondragon cooperative, in which members earn a maximum pay of nine times the minimum. Even starting at a limit of 100 would be better than the present-day skewness. If a minimum of $20,000 per year was the floor of a basic income, a maximum of $2 million per year would be allowed to reward ambition and initiative. Those who perform their work at a minimum level of income could live simply but with lower levels of stress than many high-paid executives. Many already do, enjoying it and devoting their extra time to public service or recreational subsistence pursuits such as firewood gathering, fishing, and mushroom picking.

As a result of the pandemic, those with stable employment have found themselves in the midst of a work-routine transition. While full-time employment for all may be hard to provide without growth, it’s also true that growth already provides too much employment for some and not enough for others, particularly those denied opportunity on the basis of race or gender. With greater freedom over their work hours, people can embrace healthier, more balanced, and more life-affirming routines. 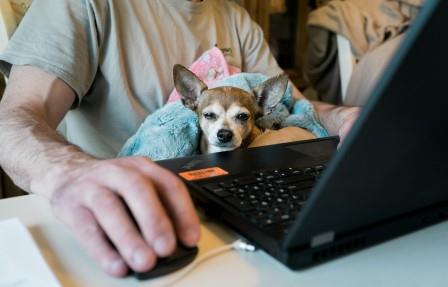 Intergenerationally, baby boomers have high-income jobs and continue accumulating earnings. Some of them are abandoning the rat race, spurred by pandemic fears, but it’s primarily the younger generations experiencing the pros and pitfalls of working less. In addition to a lack of opportunity, youth also face income stagnation, poor employment prospects, high debt loads, and fears that climate change will interfere catastrophically with the economy in their retirement years. It stands to reason that the post-covid welfare state should institutionalize supports for part-time and flexible work routines—starting with an unqualified UBI and universal childcare benefits. In Canada, there are calls to amend the Labour Code so that employees have the right to request a flexible work arrangement from their employers, particularly if they are providing care for loved ones.

The industrialized world’s “40-hour work week” and the “nine-to-five” workday are relatively recent historical inventions that many of us see as the norm rather than variables we have freedom to control. Yet numerous studies have shown that many workers would prefer to spend less time working, while few would prefer to spend more.

There are examples of successful alternatives. Germany’s Kurzabeit job-sharing program, in which 1.4 million workers and 63,000 employers participated in 2009, has lowered unemployment rates while effectively reducing the number of hours worked per person. There are similar success stories in France, the Netherlands, and the U.S. state of Utah.

With greater work flexibility, people are more likely to provide necessary care for loved ones, consume less, and embrace more creative pursuits. All this improves our overall quality of life and takes pressure off the biosphere.

As we seek to cultivate a new normal in which health is prioritized, New Zealand offers a glimpse of the way forward while the USA lurches toward a health catastrophe. As I mentioned in a recent post, the postwar-capitalist framework equated economic “health” with income growth, price stability, and full employment. The pandemic has revealed how problematic it is to think of “health” as a capitalist metaphor (as in the USA) rather than a desirable end goal (as in New Zealand). Using GDP and stock market values as measures of overall economic health made sense in the postwar era, when growth was necessary to improve human wellbeing by raising material living standards. In much of the Global North, it is now necessary to focus instead on improving wellbeing without growing our material footprint.

The Wellbeing Economy Alliance (WeAll) has suggested that the pandemic’s “Great Pause” provides us with an opportunity to focus on our wellbeing by reminding us that:

(1) The stock market does not represent or reflect our economic reality.

(2) We will enter a recession, and that’s okay.

(3) Economic policies can help us endure the Great Pause.

Policy ideas that appeared difficult or impossible just a few short months ago have suddenly become palatable and necessary, especially in the ways they may indirectly address pervasive inequality and injustice. Daly wrote in 2013 that such reforms would appear palatable “only after a significant crash, [or] a painful empirical demonstration of the failure of the growth economy.” Well, here we are in the midst of a radical disruption; and here we are, nurturing the roots of a just transition. Whichever way events unfold over the coming years, it’s clear that returning to the pre-pandemic status quo is less realistic and more difficult than embracing the change that’s well underway. 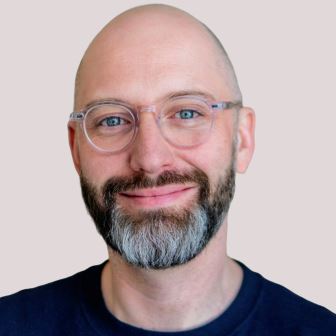 The Tyranny of Comfort

Unfurling the Banner at the Steady State Herald
4 replies

To Be or Not to Be: Is the European Degrowth Movement Courting an Identity ...