Backed by an ominous sound clip and a rapidly churning GDP meter that comes out of nowhere, “Be alarmed… Be very alarmed!” are the opening phrases at CASSE’s new landing page. You’ll see what we mean shortly; please allow us an introduction to describe this new approach. 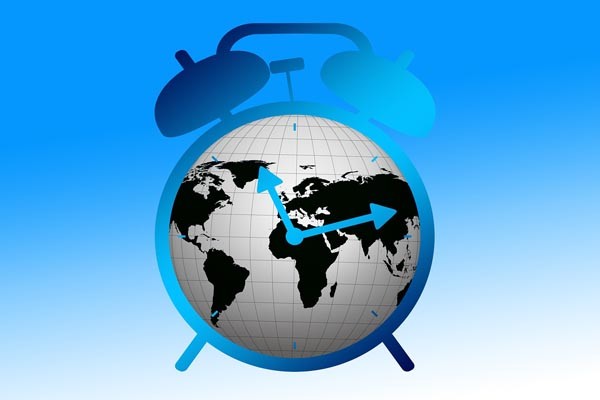 When is the last time you were alarmed by a website?

The landing page is actually a 30-second animation prefacing our “regular” website. It is designed to be three things:

Why Sound the Alarm?

Now it’s true that, no matter how clear you are, you cannot force someone into a feeling or a sense by simply uttering “feel this” or “sense that.” Yet, when Bobby McFerrin sang “Don’t Worry, Be Happy” whose worries weren’t lightened while they listened? McFerrin didn’t demand happiness with mere words; he conduced it with art, effort, and lyrics. His song would never be forgotten by the majority who heard it.

Similarly, we cannot expect the mere words “be alarmed” to actually alarm visitors. That said, with our new landing page, we strive to conduce a sense of alarm, concern, and anxious curiosity.

The sound clip that accompanies the animation converts apathy to anxiety in a matter of seconds, reinforcing the terse, tense phrases. Meanwhile the GDP meter comes out of nowhere, surprising visitors expecting a typical website with fixed text and clickable links. Instead, the GDP meter runs rapidly, ruthlessly, and relentlessly, just as real GDP bloats in the real world, thanks in no small measure to the thousands of growth-mongered economic policies operating in and among nations.

Next, visitors see what happens to the environment, the economy, the international community, and national security when the goal is perpetual economic growth. The sequence of photos is like our collective political life flashing before our eyes. We stay on point—as relentlessly as the GDP meter itself—that a perpetually bloating economy is rapidly becoming the biggest threat of the 21st century.

Finally, as the foreboding sound fades, visitors are brought to the regular website with its menu and links. There, they can sign the CASSE position, learn more about steady state economics, or explore CASSE’s organizational network. We expect our visitors to spend a little more time than they would have without the portending preface they’ve just experienced.

Repeat visitors have the option of refreshing the animation, perhaps to investigate the quickly vanishing photos, or proceeding straight to the homepage. That said, even the homepage incorporates the GDP meter, downsized to fit the introductory line. Those with a mathematical or technical bent will even find a page with detailed information, “About the CASSE GDP Meter”.

Why Should I Care?

Now, at CASSE we are abundantly aware that many critics will scoff and scold, “Bad move!” For at least 15 years, commentators have been promulgating the notion that a “progressive” agenda must be presented in the most “positive” of terms. Meanwhile sustainability has been thoroughly (and unnecessarily) lumped under the progressive agenda. The upshot is that nothing but “solutions” seems to get any traction with many foundations, philanthropists, and self-proclaimed “optimists.”

We don’t buy it, and we never have. As realists, we realize that no one searches for real solutions until they recognize real problems. Despite those who loudly exhort (a bit ironically) “don’t be an alarmist,” our assessment is that not nearly enough alarm has yet been raised about limits to growth. Not enough, not smartly enough, and not persistently enough.

The alarm, of course, pertains not only to limits to growth, but especially the implications of breaching those limits. If a majority of people come to recognize the dire environmental, economic, diplomatic, and national-security dangers of overshoot, they will be far more likely to demand steady-state politics and policies. They’ll also consume more conscientiously and help promulgate a consumer ethic in society—and ultimately international diplomacy.

Check Out the CASSE GDP Meter

So, without further ado, we invite you to our new landing page, the non-“positive” one with the ominous sound and the ruthless, relentless GDP meter. If nothing else, we hope you find it distinctive, effective, and important enough to pass along to your friends, family, and networks. You can help, in other words, to sound the alarm—an alarm that leads straight to the steady-state solution.

Brian Czech is the founder and executive director of CASSE.

The Full Seas Act and the College of the 21st Century

The Connection Between Population, Income, and Health
Scroll to top
$