I spend my summers working at a summer camp in Upstate New York. For a reason unbeknownst to me this past summer, my campers became obsessed with the song “Let It Grow” from The Lorax. They asked me to play it constantly, knew all the words, and loved to sing along. I didn’t realize how relevant it would become to my own life and work. 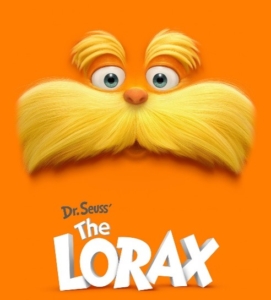 The Lorax by Dr. Suess (1971) is perhaps the most famous fable about the dangers of humans’ destruction of the natural environment. The 2012 movie adaptation of The Lorax tells the colorful story of a boy who discovers the conflict between the Lorax, who “speaks for the trees,” and the Once-ler, who chopped down all the Truffula trees in greed. The Lorax is a top-rated children’s movie and is often shown in elementary and middle school science classes. It fits into the climate change and environmental protection curriculum, yet the link between the economy and the environment is seldom enforced past the movie. The greed of the Once-ler was bad, but what system was in place that led to his actions?

So, it seemed serendipitous when I was asked by CASSE, as part of my internship, to help develop their “Limits to Growth” game. My charge was to flesh out the details of the outdoor version of the game, such that it would be engaging for the youngest of schoolkids while teaching them clearly about limits to growth. The game would reinforce lessons from The Lorax about greed, growth, and the gradual erosion of nature.

“Limits to Growth” can be played with elementary students in a school, after-school, or summer camp setting. In addition to reinforcing the The Lorax, the intent is to introduce kids to the most basic concepts of the economy, sustainability, and fairness, before the kids encounter the pro-growth bias of neoclassical economics in middle school.

Teaching a child about economic themes such as population, consumption, and resources can be challenging. Children have observed their parents’ habits and beliefs throughout their lives and have often not been exposed to other worldviews. This teaching challenge is confounded when a school or camp serves children from many socioeconomic backgrounds (though it still isn’t as hard as talking to adults about population stabilization). 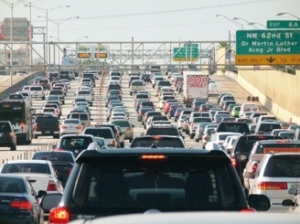 Children can understand what overcrowding looks like. (CC BY-SA 4.0, B137)

One way to introduce the population issue to elementary-aged children is to use examples from their own life. A good time to do this is immediately after playing “Limits to Growth.” Prompt the students to think of a time where they were in a crowded space—maybe a long line at an amusement park or stuck in traffic. They will probably say it made them feel annoyed, mad, and frustrated. Ask them how they think the planet would feel in the same situation. “How do you think all the animals would feel if they had to squeeze into a tiny little place because humans took up all their land?!”

Kids understand the basic meaning of numbers long before learning arithmetic. Share the fact that we have 7.8 billion humans on the planet; billions more than when their parents were kids. Note that, by the time they are adults, we could have nearly another two billion.

Children can learn simple phrases at a surprisingly early age, too. Get them thinking about people and stuff (hoola-stuff for now) as “the economy,” which can grow, shrink, or stay in a “steady state.” Talk about the human body as an example of a steady state. They know their bodies are growing, but their parents are not growing anymore; things do not grow forever! These visuals should help the students understand the issues that come with a growing population and economy.

“Limits to Growth” models that each house and car added to the planet directly takes the space of nature. The game also encourages the students to realize that there is no trick or secret to winning—they only have to maintain enough green space, and nobody will die. Students are familiar with the concept of nature being trees and animals at the elementary school age. Children are very empathetic and will anthropomorphize animals. It is beneficial to use the term nature in “Limits to Growth” rather than “natural resources,” although the latter may be tossed in once or twice for good measure.

One of my happy campers with an American Toad. (Kayla Downs)

Humans inherently feel connected to nature: “biophilia,” as E.O. Wilson called it. Yet our society and economy seem designed to disconnect people from the Earth. We spend most of our time inside, looking at a screen, or in a car. Compared to our ancestors, we are far less exposed to nature. There is a whole field dedicated to understanding the impacts of this on children and adults, but if we encourage the connection to nature that kids heartily exhibit, that’s a good start. I see it first hand as a camp counselor.

Luckily my camp is primarily outdoors. We spend our days in the woods, playing in the field, or swimming in the lake. My campers could entertain themselves for hours by catching frogs and building forts.

Love of nature should be nurtured in elementary school, and it can be shaped into environmental protection and resource conservation in middle and high school. If my campers knew nature was in immediate danger, they would understand the need for action. We need to be teaching children that nature all around the world is in trouble, but in a way that promotes a solution and not despair; “Limits to Growth” can help us do that.

One game will not teach children everything they need to know about how to live a sustainable life, but it’s a start. Science classes in most places have begun to comprehensively teach climate change and threats to the environment from human impacts, but the real cause, unbounded GDP growth, is not addressed. Children need to understand the non-negotiable importance of environmental protection early on. This will lead to the questioning of conventional economics as they learn.

Alternatives to the growth narrative need to be taught during or before the earliest economics lessons. I took AP Environmental Science in high school, and the fact that economic growth was the root of environmental problems was not even mentioned. That’s a problem, and the next generation of students should be able to question it with confidence. Confidence grows with early exposure to alternative ideas through activities like “Limits to Growth.”

The Colorado River: Devoured by Growth

The Fallacy of the Tragedy of the Commons
3 replies

Contrasting Climate Policies in the House and Senate

A Doughnut Economy Please, but Hold the Agnostic Frosting
Scroll to top
$