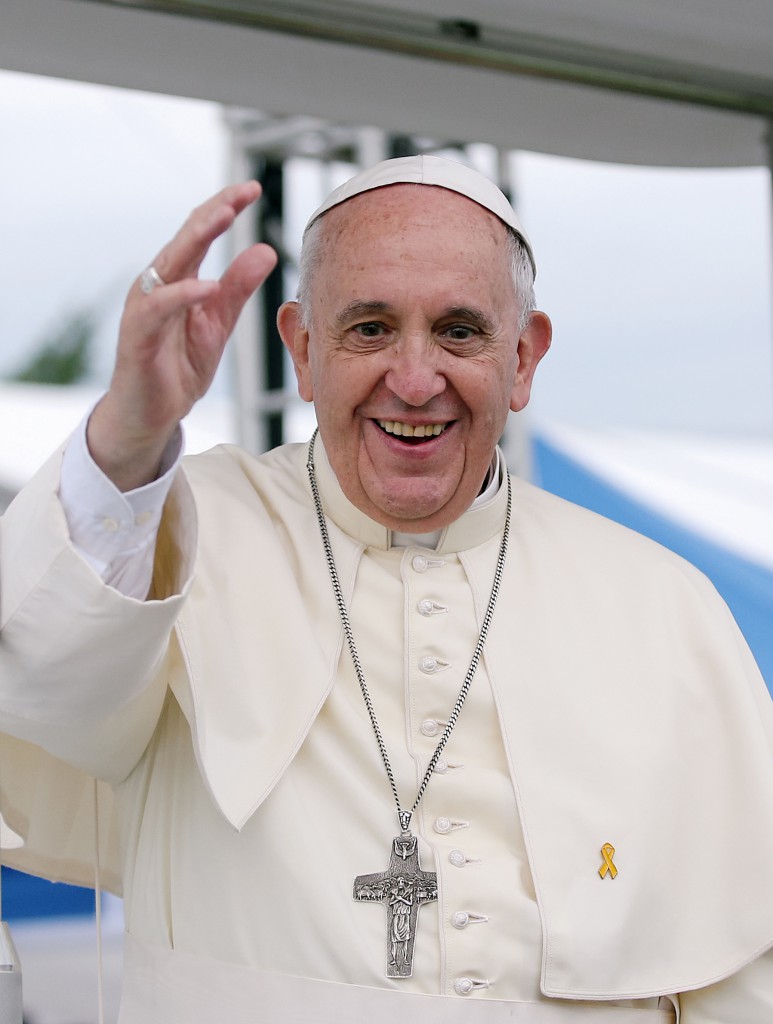 The Encyclical Letter of Pope Francis is attracting extraordinary attention for its message on global warming, deforestation, loss of biological diversity, and other pressing environmental issues. What is less well known is the extensive critique of the global economy found in his 184-page Encyclical. This blog highlights some of the significant points that Pope Francis makes about the need for systemic economic change.

Although the Pope does not use the phrase “steady state economy” or “true-cost economy” his message provides a comprehensive moral argument for a systemicshift to a new economy.

I present a series of quotations to illustrate portions of the Pope’s forceful arguments. If we are to obtain systemic economic change, we need new, motivated allies. The Encyclical is a key tool to motivate religious congregations to be front and center in this economic debate to counter the greed and rapacious behavior of numerous governments and large corporations.

In Section 54 the Pope takes sharp aim at the control of politics and finance that prevent urgent changes from being made:

The failure of global summits on the environment make it plain that our politics are subject to technology and finance. There are too many special interests, and economic interests easily end up trumping the common good and manipulating information so that their own plans will not be affected. The alliance between the economy and technology ends up sidelining anything unrelated to its immediate interests. Consequently the most one can expect is superficial rhetoric, sporadic acts of philanthropy and perfunctory expressions of concern for the environment, whereas any genuine attempt by groups within society to introduce change is viewed as a nuisance based on romantic illusions or an obstacle to be circumvented.

Pope Francis repeatedly questions whether the global economy is furthering the common good. In Section 109 he writes:

The economy accepts every advance in technology with a view to profit, without concern for its potentially negative impact on human beings. Finance overwhelms the real economy. The lessons of the global financial crisis have not been assimilated…” In Section 189 he looks again at the financial collapse of 2008: “Politics must not be subject to the economy, nor should the economy be subject to the dictates of an efficiency-driven paradigm of technocracy. Today, in view of the common good, there is urgent need for politics and economics to enter into a frank dialogue in the service of life, especially human life. Saving banks at any cost, making the public pay the price, foregoing a firm commitment to reviewing and reforming the entire system, only reaffirms the absolute power of a financial system, a power which has no future and will only give rise to new crises after a slow, costly and only apparent recovery. The financial crisis of 2007-08 provided an opportunity to develop a new economy, more attentive to ethical principles, and new ways of regulating speculative financial practices and virtual wealth. But the response to the crisis did not include rethinking the outdated criteria which continue to rule the world.

Pope Francis waxes eloquent on the subject of externalities in Section 195:

The principle of the maximization of profits, frequently isolated from other considerations, reflects a misunderstanding of the very concept of the economy. As long as production is increased, little concern is given to whether it is at the cost of future resources or the health of the environment; as long as the clearing of a forest increases production, no one calculates the losses entailed in the desertification of the land, the harm done to biodiversity, or the increased pollution. In a word, businesses profit by calculating and paying only a fraction of the costs involved. ‘Yet only when the economic and social costs of using up shared environmental resources are recognized with transparency and fully borne by those who incur them, not by other peoples or future generations,’ can those actions be considered ethical. An instrumental way of reasoning, which provides a purely static analysis of realities in the service of present needs, is at work whether resources are allocated by the market or by state central planning.

Pope Francis talks about product diversification and consumerism; in Section 129 he extols the virtues of the “great variety of small-scale food production systems which feed the greater part of the world’s peoples.”

As Pope Francis points out, he is building on the messages that popes such as John XXIII, Paul VI, John Paul II, and Benedict XVI have given on these problems. For example, Pope Benedict XVI proposed “eliminating the structural causes of the dysfunctions of the world economy and correcting models of growth which have proved incapable of ensuring respect for the environment.” Pope Paul VI wrote: “the most extraordinary scientific advances, the most amazing technical abilities, the most astonishing economic growth, unless they are accompanied by authentic social and moral progress will definitively turn against man.”

My hope is that the Pope’s message will be translated by religious congregations into tangible actions to make substantive changes in the economic drivers of environmental destruction. New allies are urgently needed.

One good place for tangible action is to go after the cheater economics being used by the G 20 nations to push tens of trillions of dollars into mega-infrastructure projects without regard to social, environmental, or climate impacts. (See my January 2015 blog for details on this subject.)