I sincerely hope you’re coming through COVID-19 in good shape. Everyone’s been impacted—truly tragically in too many cases—yet the light can be seen at the end of the tunnel. Please don’t let your guard down yet, though, and be sure to get vaccinated. At CASSE, we’ll do the same.

On a brighter note, we reached a milestone since the last Steady Stater. We surpassed 15,000 signatures supporting the steady state economy! Now we shoot for 150,000. CASSE membership is up, too. We’re just a few members short of 200; similarly we shoot for 2,000.We never said all growth was bad. As with bread in the oven and violets in the springtime, the growth of CASSE is a good thing indeed.

We don’t seek perpetual growth, though. At some point we’ll have enough signatories and members to accomplish the CASSE mission! We’ll be a non-profit part of that steady state we envision, persisting primarily to protect steady-state thinking and policies.

That’s our vision. We hope it’s a shared vision for all steady staters, degrowthers, and concerned citizens at large. 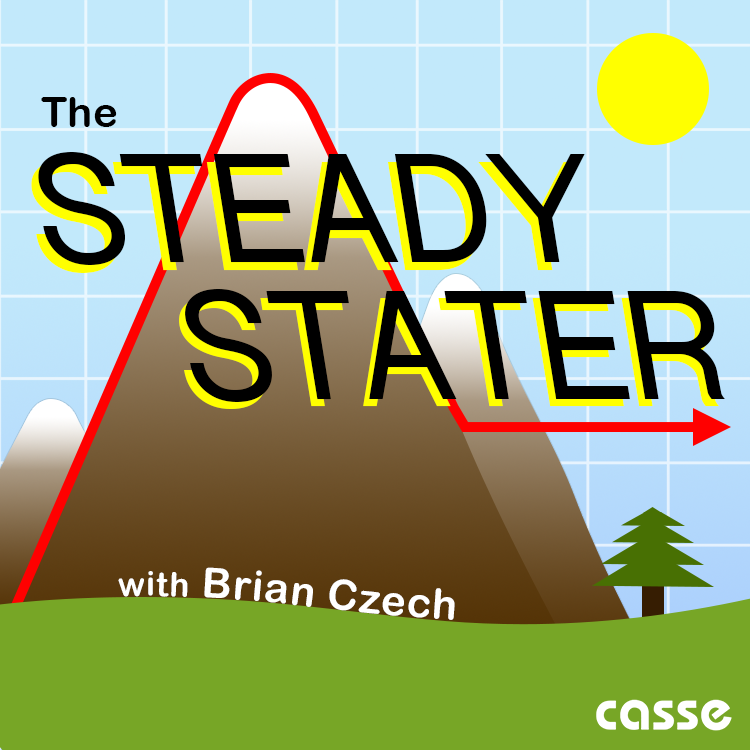 Top Five Episodes of the Winter

The weather outside was frightful, but the podcast was so delightful.

This past winter, The Steady Stater podcast hit its stride! We grew our initital small following into a sizable, dedicated listenership, resulting in over 8,000 episode downloads. In addition, we hosted some renowned figures in ecology, economics, and journalism as guests. We’re thrilled with the show’s progress and can’t wait to take it to new heights in spring. Meanwhile, here are the winter’s top five for you to enjoy on your way to work, in the kitchen, or at the end of a long day:

Special Episode: CASSE’s Take on the Insurrection at the Capitol

Exploring the Social Limits to Growth (with Timothée Parrique)

The Overpopulation Problem (with Leon Kolankiewicz)

A Unified Theory of Biodiversity Conservation

Top Five Articles of the Winter

This year’s turbulent winter weather inspired us to write up a storm in our weekly blog, the Steady State Herald. From November to March, we produced some of our most provocative, forward-thinking material to date. Rousing contributions from authors like Brian Snyder, Kayla Downs, and James MacGregor Palmer elevated the discussion around steady state economics by exploring its relevance to historical and contemporary contexts. We’re confident steady staters of all stripes will find our winter selection to be as insightful as it is entertaining. Here are the winter’s top five:


The Impact of Evolutionary Pressures on Economic Narratives

Getting the Word Out

CASSE will be undertaking an exciting public relations campaign in the coming weeks, aimed at raising awareness of the linkage between GDP growth and a variety of environmental and social problems. The campaign will be largely digital, relying on eye-catching graphics, data visualizations, a new page on our website, and social media copy with the hashtag “#BlameGDP.”

You can get involved with the campaign by sharing our digital content with your network and incorporating “#BlameGDP” into your social media posts!

CASSE has been seeking support from key stakeholders in the fight for a sustainable future. And what better place to activate potential champions of the steady-state movement than the U.S. government? In early March, we launched a postcard campaign, targeted at over 350 employees of organizations like the EPA, NOAA, and the Department of Energy. Thanks to the ceaseless flood of digital refuse from overzealous email marketers, we thought it best to deliver our message the old-fashioned way via sleek, informative, physical postcards. After all, “if it ain’t broke, don’t fix it.” 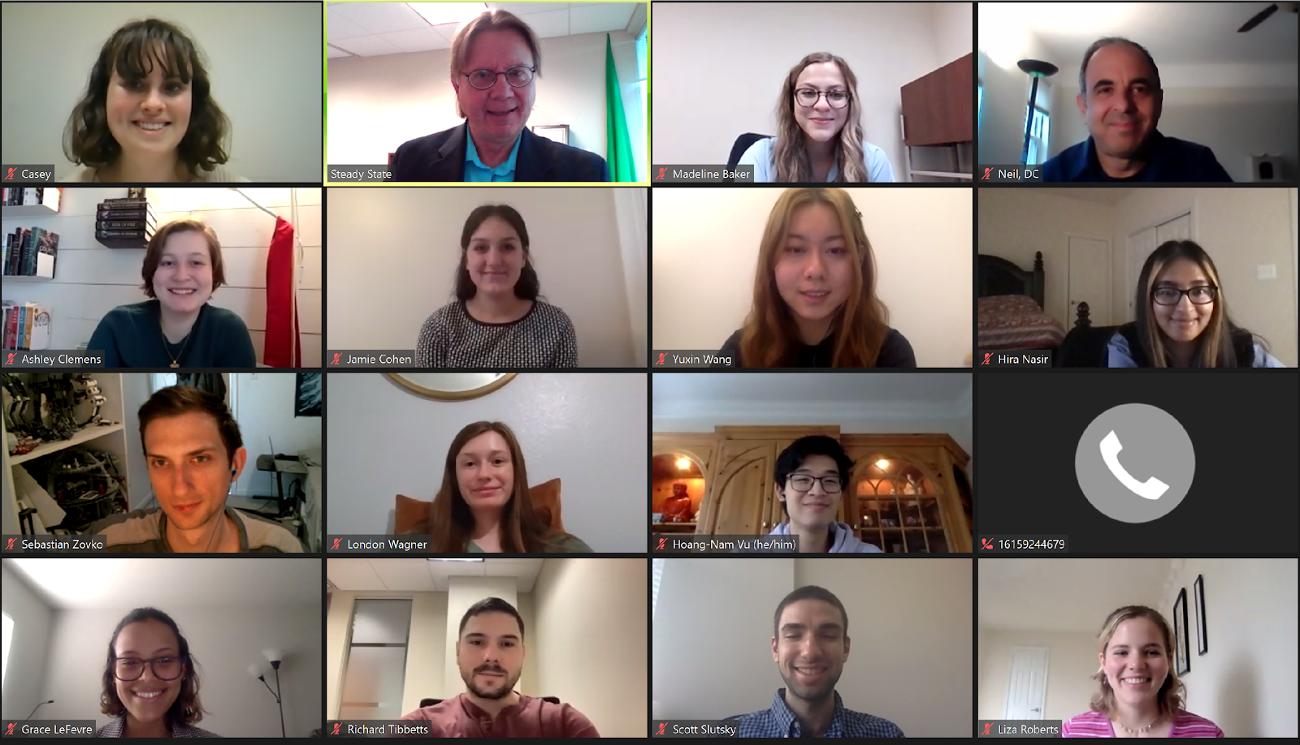 Interns are the engine that fuels much of CASSE’s success. We depend on their dedication and productivity to effectively advance the steady state economy and deeply appreciate their commitment to that goal. By extension, we strive to give each intern a fruitful experience that bolsters their academic and professional prospects through the work we assign.

To all our spring semester interns, we offer our heartfelt gratitude!

“The steady state economy seems, to me, to be the most straightforward solution for many of the problems highlighted across the political spectrum” —James McGregor Palmer, Sterling, Scotland

“In the western world, the sizes of the economies are too big, which during the transition is going to require degrowth” —Tobias Adriansson, Huddinge, Sweden