We hope you are safe and healthy as we move through the crises related to COVID-19 and the appalling murder of George Floyd. These tragedies remind us of the role we all must play in fostering kindness and stability at home and abroad. At CASSE, we firmly believe that kindness and stability go hand-in-hand with advancing the steady state economy. In contrast, the incessant push for GDP growth is causing tremendous destruction. And now, in the midst of a pandemic, workers are being riskily rushed back to the job, “for the economy.”

So, what could the future look like? We have a few ideas, which we’ve pitched at the Steady State Herald. First, we’ve noted a highly relevant silver lining in the COVID-caused recession. Next, we’ve trotted out the findings and declarations of the Full Seas Act, the long-awaited legislation for moving to a steady state economy. While fleshing out the details, one option worth considering is a universal basic income (UBI). An extra danger we face, though, is that a second cold war could undermine our efforts toward steady statesmanship in international diplomacy.

We’ve also been immersed in the controversy surrounding the Michael Moore documentary, Planet of the Humans. The film has created enough buzz—positive and negative—that we’ve included a segment about it below.

Other highlights include our summer class of CASSE interns and the hiring of Richard Tibbetts as CASSE’s first Communications Specialist.

We’re definitely building momentum for a steady state economy as the sustainable alternative to growth. Please consider helping us by joining CASSE or simply by donating to help us accomplish our mission.

Planet of the Humans:

Planet of the Humans, the new Michael Moore documentary, premiered April 21, gaining millions of views and sparking controversy in a matter of days. CASSE’s Brian Czech responded with a positive review in the Steady State Herald. While the documentary had its flaws, Czech honed in on two salient contributions: 1) economic growth as the root cause of environmental destruction; 2) the disappointing role of big environmental NGOs in pushing renewable energy under the oxymoronic guise of “green growth.”

Planet was vehemently opposed by the big NGOs and many individuals in the renewable energy sectors. Along with Moore and the film’s director Jeff Gibbs, those who provided positive reviews were also attacked and accused of being “against renewables.” This prompted Czech to clarify the steady stater stance on renewable energy.

In follow-up interviews and podcasts, most notably with Dave Gardner of Growthbusters, Czech challenged the NGOs to cease and desist from the “green growth” rhetoric. If you are a member of an NGO that fails to raise awareness of limits to growth and pitches the “green growth” fallacy, you might consider joining CASSE instead! (CASSE runs on a no-frills budget and standard membership is only $25.)

Want to be part of the conversation? Feel free to comment at any or all of the following Herald articles: 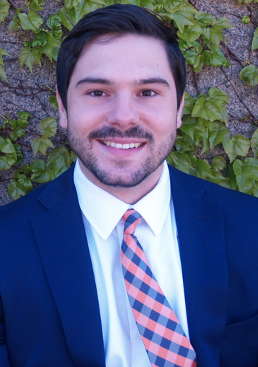 We are delighted to announce that the CASSE team has a new member, Richard Tibbetts. Rick is from Tewksbury, Massachusetts, and he recently graduated Summa Cum Laude from Syracuse University with a degree in public relations and policy studies. In addition to his academic accomplishments, Rick accumulated extensive internship experience at reputable organizations like Racepoint Global, Adeo InterActive, and the Center on Budget and Policy Priorities. He also served as the communications director of a victorious political campaign in his home district. As our Communications Specialist, Richard is eager to invigorate CASSE’s messaging and bring the mission of steady statesmanship to new and diverse audiences.

Jim advanced the steady state economy during The United Nations Global Consultation with Wisconsin. He made the compelling point that “we should not have to rely on a Swedish teenager to tell us that endless growth is a fairy tale. The United Nations should be speaking out on this…The UN needs to address this issue and examine and sign the position statement on the web site www.steadystate.org.” We applaud Jim for his efforts!

The UN will be consulting with all 50 states. Visit the United Nations Association of the USA for more information on getting involved.

Promotes the Steady State Economy Down Under

Martin advanced the steady state economy in Sustainable Population Australia’s newsletter. SPA is a nonprofit that seeks to “protect the environment and our quality of life by ending population growth in Australia and globally.” Read Martin’s steady-state vision and follow his social media campaigns here!

If COVID-19 has taught us anything, it is that the Great God of GDP is a false god after all. The mighty American economy, with unprecedented GDP, has been knocked to its knees by one of the lowest conceivable life forms, a mere virus possessing not a single strand of DNA. Politicians who thought their legacies would be associated with “the greatest economy ever” now look like ridiculous priests of a sham religion.

Now, more than a half century after passage of the Full Employment and Balanced Growth Act of 1978 (FEBGA) and in the midst of an economy-crushing pandemic, it’s time to rewrite FEBGA. We need a Full and Sustainable Employment Act, with the very name change communicating that growth is no longer sustainable. Read all about it here, including why we call it the “Full Seas Act” for short. If you’re a policy wonk, skip straight to our draft of Section 2, the Findings and Declarations of Congress, and feel free to leave a comment. Now is your chance to weigh in on the development of this paradigm-shifting legislation.

“The Second Cold War?”
“Building a Steady State Economy in a System Evolved for Growth”

Brian’s transdisciplinary background in ecology, energy, and economics makes him a valuable member of the writing team.

Calendar of Events Open for Submissions

Are you hosting or attending an event focused on limits to growth, degrowth, or the steady state economy? Why not announce the event at the CASSE online calendar? Please format calendar entries consistent with examples currently listed and submit to info@steadystate.org with the subject line “Proposed Calendar Entry.”

Interns for a Steady State Economy

We are thrilled to introduce our outstanding cohort of summer interns, along with hearty gratitude to the Weeden Foundation for supporting the CASSE intern program.

Bushra Al-Sou’B
Bushra is an economic modeling and mathematics intern. He is an incoming senior at Georgetown University, pursuing a degree in international economics, commerce, and finance.

Sydney Austin
Sydey is an economic modeling and mathematics intern. She is a senior at George Washington University, pursuing a degree in environmental studies and economics.

Gillian Barth
Gillian is an editorial intern. She is a senior at Virginia Tech University, pursuing a degree in history and English.

Sandy Berrocal
Sandy is an economic modeling and mathematics intern. She recently graduated from George Mason University with a degree in managerial economics.

Maya Bostwick
Maya is a town and state policy intern. She is a senior at the University of Vermont, pursuing a degree in environmental studies.

Navpreet Brar
Navpreet is an international policy intern. She is a senior at Virginia Tech University, pursuing a degree in international studies, religion, and culture.

Noah Brennan
Noah is a game development intern. He is a senior at George Mason University, pursuing a degree in game design.

Jake Clawson
Jake is a game development intern. He is a senior at George Mason University, pursuing a degree in game design.

Pryce Davies
Pryce is an economic policy intern. He is a junior at the University of Pennsylvania, pursuing a degree in economics and environmental science.

Dozier Gardner
Dozier is a legal intern. He is a pursuing his J.D. at George Washington University.

Leland Held
Leland is an economic policy intern. He is a junior at Johns Hopkins University, pursuing a degree in political science and history with a minor in economics.

Amanda Keyes
Amanda is a town and state policy intern. She is a senior at the University of Vermont, pursuing a degree in environmental studies.

Ashfia Khan
Ashfia is a legal intern. She is pursuing her J.D. at George Washington University.

Lin Liu
Lin is an IT intern. He is a senior at George Mason University, pursuing a degree in cyber security engineering.

Jessica Meyers
Jessica is an economic policy intern. She is a senior at the University of Virginia, pursuing a degree in economics and gender studies.

Elise Miner
Elise is an editorial intern. She is a junior at Georgetown University, pursuing a degree in English.

Amelia Poch
Amelia is a town and state policy intern. She is a senior at the University of Vermont, pursuing a degree in Global Studies.

Heather Poyner
Heather is an ecology intern. She is a senior at the University of Virginia, pursuing a degree in Biology and Conservation.

Abdelrahman Salama
Abdelrahman is an international policy intern. He is pursuing his Master of Arts degree in global governance at American University.

Nihal Sen
Nihal is a legal intern. She is pursuing her J.D. at George Washington University.<

Kuleni Shewakena
Kuleni is an IT intern. She is a senior at George Mason University, pursuing a degree in cyber security engineering.

Aaron Zorman
Aaron is a hybrid policy and modeling intern. He is pursuing a master’s degree in international political economy at Johns Hopkins University.

“Having just read Brian Czech’s superb essay promoting Planet, I realize, for the first time, I am not alone in my thinking. “Steady State Economy” is the equivalent of ENOUGH.” –Em (Mervyn) Sos, Dallas, TX, USA

“If ever the time was right to rethink the goal of ever increasing, and the goal of growth upon growth of the economy, it is now when the ‘pause’ button had to be hit. We have an opportunity to develop a more sustainable and caring society, so let’s at least try.” –Brenda Lines, Brisbane, Australia