To most people, the idea of a steady state economy is misunderstood at best and completely unknown at worst. Outside of economic, environmental, and academic circles, steady staters are hard to come by. The idea of a steady state economy is not yet mainstream and is shied away from in the media, general politics, education, and culture. Economic growth has been sold to generations as the remedy to all our ailments. Since the industrial revolution, each generation of children has been (arguably) better off than their parents.

While the benefits of de-growth and a steady state economy seem clear to those who understand them, far too many people are being left in the dark. There is no better time than right now to initiate a steady-state transition. With the economic ramifications of COVID-19 and the shadow left on politics from the Trump years, people are desperate for change. With the help of resources such as the doughnut economic model and Peter Seidel’s Uncommon Sense, we can create even more momentum for a steady state economy. 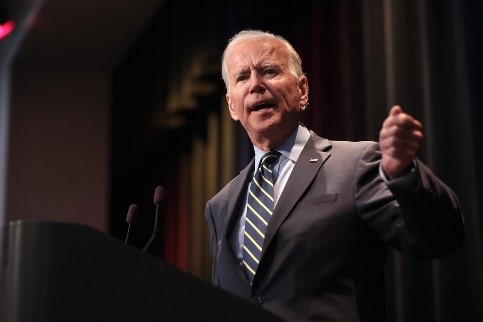 Why We Need One

Much of the nation was shocked when Donald Trump won the 2016 presidential election. After eight years of the Obama administration making steady progress with environmental legislation and social justice, the election of Trump came out of nowhere.

So, where did these votes come from? They came from people who felt like their voice had not been heard during the Obama years. Trump was so radically different from Obama; some people thought that Trump would cut through all the politics and make real change.

Furthermore, in a nation still overwhelmingly in favor of economic growth, people weren’t always clear on where Obama stood. He made a few early attempts to raise awareness about limits to growth but wavered in his sustainability message. He neither succeeded in weaning Americans of their growth habit, nor in convincing them he’d push hard for growth. Trump, on the other hand, clearly prioritized GDP growth above all else. But Trump’s growthmanship was noisy, reckless, and politically unpalatable. After four years of that, the only thing people wanted was to go back to some resemblance of normalcy and decency in the White House.

So, now we have President Biden. The liberal slogan for Biden was “Settle for Biden.” While he was not quite the change some of us were hoping for, he is a major step in the right direction and has one of the most progressive agendas in American history. There is still a desire for major change in the USA, and the success or failure of the Biden Administration will show that our issues run much deeper. They are woven into our entire political and economic landscape.

While the USA deals with political turmoil, we also have the major crisis of COVID-19 on our hands. Over 400,000 people in the USA have died of COVID-19 and the numbers keep rising. Politicians face the backlash of the COVID-caused recession, too, with many small businesses shutting their doors forever and many more people struggling to pay bills without a steady source of income. Pandemic relief checks were slow to be sent out to Americans, and unemployment payments meant to keep the economy afloat only worsened the debt crisis. Giants like Amazon continued to make money hand over fist in 2020, while the wealth gap grew wider every day. Thousands of Amazon warehouse workers rely on food stamps while the CEO is the richest person in the USA.

Between President Trump, Black Lives Matter protests, the COVID-19 pandemic, worsening signs of climate change, and a suffering economy, we so clearly need a change in direction. Indeed, crises have often ushered in periods of major change. The Great Depression, for example, was ended by Roosevelt’s New Deal that began an unparalleled period of infrastructure repair and construction, as well as a long-lasting economic boom. This time around, so much closer to (or beyond) carrying capacity, our planet cannot handle a major economic boom without devastating effects on the environment and natural resource stocks. It is our job as steady staters to make sure a sustainable economy is ushered in and not “green growth” or worse—“growth” without even attempting to be “green.”

The “Green Doughnut” for Advancing the Steady State Economy

The simplest definition of a steady state economy is an economy that neither grows nor shrinks, but stabilizes. Population times per capita consumption—GDP in other words—is stable (mildly fluctuating). At this point in history, the steady state economy will have to come after a period of de-growth for wealthy countries and the eradication of poverty in the poorest countries. 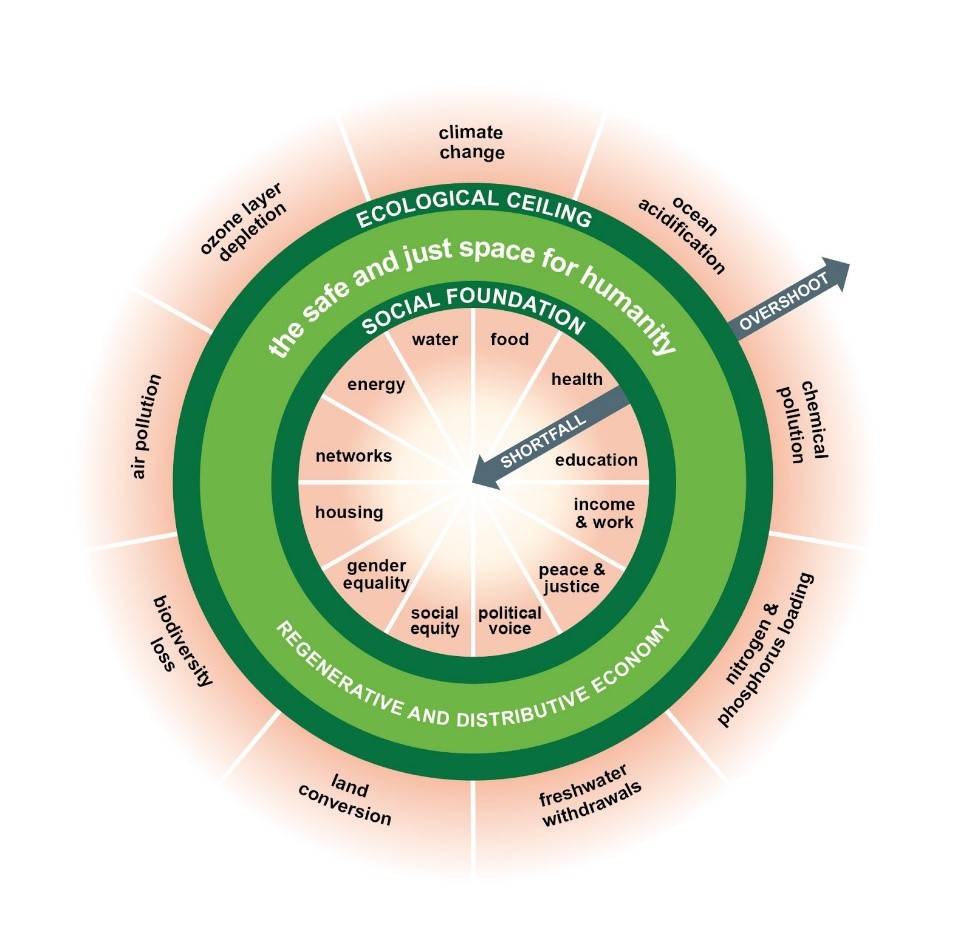 Kate Raworth’s “doughnut economics” shows the safe operating space for humanity. Her featured graphic is a compelling combination of concision and comprehensiveness. It identifies the major environmental crises that come with overshoot, as well as the social shortfalls that come with poverty. Most people can study the image and agree that everyone has a right to live in the “green doughnut.” The green doughnut represents a successful steady state economy (as opposed to a failed growth economy).

Raworth’s model is based on the planetary boundaries framework developed in 2009 at the Stockholm Resilience Centre. Their model shows that we are far into the overshoot levels in the categories of biodiversity loss, nitrogen loading, and the climate crisis. Some categories are still in the safe zone established by scientists. The other categories have not yet been quantified.

Raworth provides other doughnut models that show the overshoot and shortfall in the social foundation. She states all categories of the social foundation are experiencing shortfall, the worst being political violence, health, and gender equality around the world. While these models are representative of global data, they provide important insights and a structure for other models.

Raworth has been criticized due to her “agnostic” stance on growth. (While focusing on the dilemma of infinite growth, she also realizes that stopping growth all together comes with its own social crises.) Nevertheless, steady staters can use the “green doughnut” to great effect in advancing the steady state economy at national, state, or local levels.

It will help to emphasize that reducing consumption in the Western world does not mean returning to the Stone Age. It means freeing ourselves from the burden of always needing more, and even shedding a few things to be encumbered by less. It means localizing such that food is grown where we can see it. It means democratizing and organizing to meet our neighbor’s basic needs. It means making items that are meant to last and repairing, trading, and up-cycling items when we do need to upgrade. By creating healthy local economies, we are more insulated from the fiscal and monetary crises of nations.

While all of this sounds great, for the average person it is daunting to even think about undertaking the transition. We live in a world shaped around growth, in sprawling suburbs and hour-long commutes on crowded highways, as well as trying to keep up with the Joneses. Yet the millennial generation knows we cannot keep living the lie of unbounded economic growth. Millennials realize they are the first citizens to be worse off than their parents. 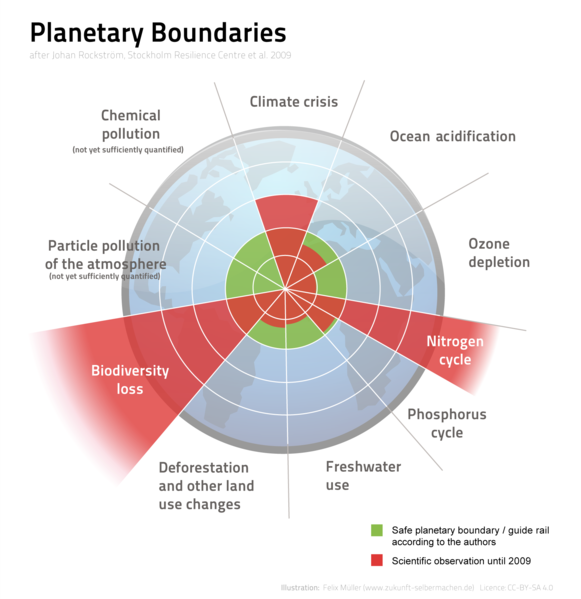 While a new Biden administration provides some glimmer of hope for environmental protection and social justice, we need a citizenry that clearly demands a steady state economy. The latter is difficult to arrive at during a recession, with many Americans just trying to pay the rent. Yet that is precisely why we need to be talking about it right now—to seize the moment—because people can see how our current system is failing.

Not that major change will happen overnight. Human brains are notoriously slow to update. A new mental “operating system” comes at an evolutionary pace, not a revolutionary one. According to Peter Seidel in Uncommon Sense, the current human brain is poorly designed for big-picture, long-term thinking. Shifting toward an entirely new economic system can feel like an impossible dream, but tapping into Seidel’s ideas and “making a collective decision to do better, to transcend evolution with our supposed sapience” is a good place to start.

By acknowledging the sustainability shortcomings of the human brain, we put ourselves at the trailhead of progress. As citizens of the planet, we can choose to invest in our future, not today’s GDP. As Seidel described, we need to teach long-term thinking beginning with primary education. And we needn’t fret that the climate crisis is overloading our senses. To the contrary, it is only in our peripheral vision through the natural disasters we see on the news. To ensure our survival, it needs our full attention.

Alongside these scholastic and cultural changes, we as individuals need to tend to our immediate spheres of influence—our families, friends, and communities. Combining big-picture, long-term efforts with concrete, community-based efforts make for the longest-lasting change. A steady state economy must come from the bottom-up as well as the top-down, all to meet in the “green doughnut.” If you don’t notice any change yet, remember I.F. Stone’s words, “If you expect to see the final results of your work, you simply have not asked a big enough question.”

Kayla Downs is a CASSE intern and a senior at the University of Vermont majoring in Environmental Studies.

Ecofeminism and the Steady State Economy
Scroll to top
$