On September 23, 2019, a 16 year-old girl fearlessly sent a message to world leaders at the UN Headquarters: “We’ll be watching you.” Though Greta Thunberg had become a household name at this point for her school-strike movement, this speech would mark her as the voice of a generation, garnering 4 million views and a designation as “Time’s 2019 Person of the Year.” Though her whole speech is moving, the most powerful statement comes only a few seconds in: “We are in the beginning of a mass extinction, and all you can talk about is money and fairy tales of eternal economic growth.” 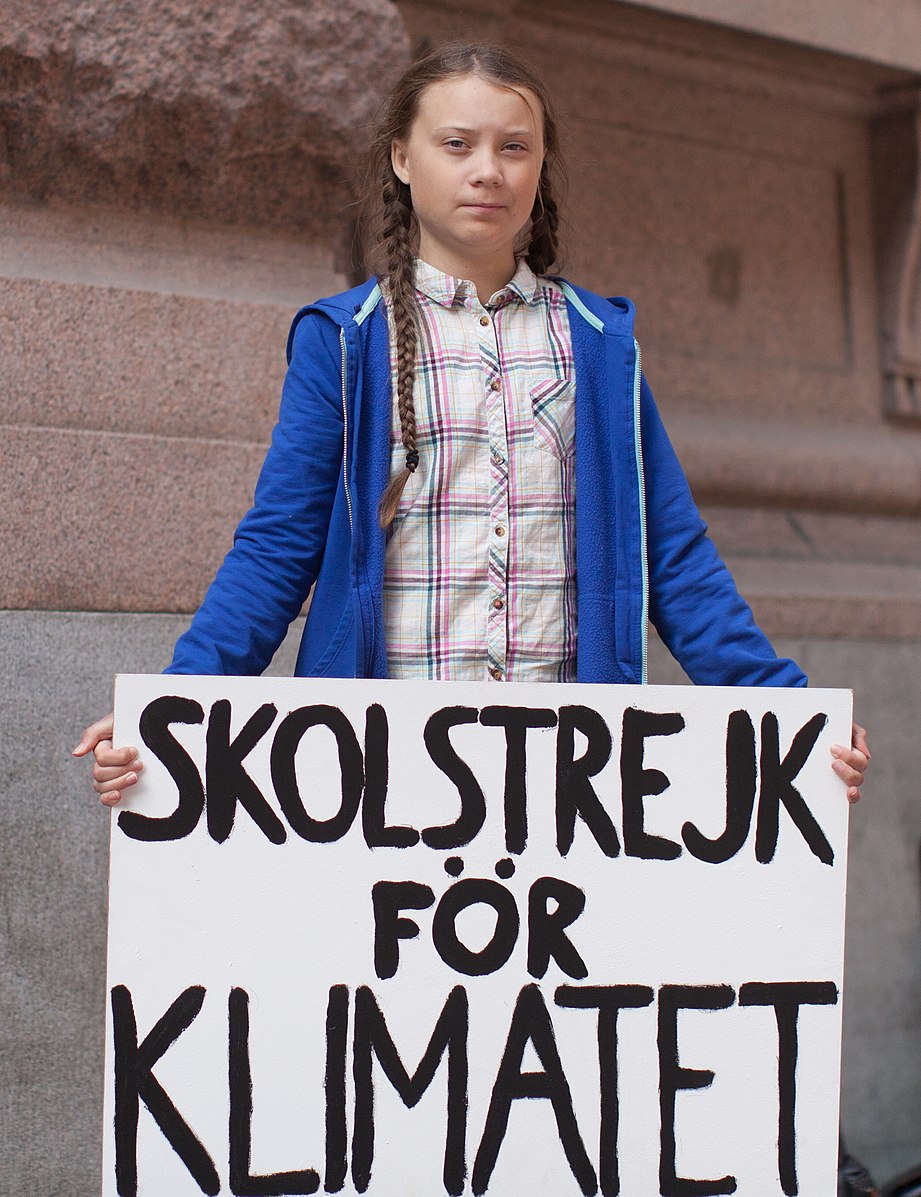 With few exceptions, governments across the globe ignore or even deny the conflict between economic growth and environmental protection. Yet Thunberg was brave enough to face these giants and speak the truth with a proclamation that could transform how society views economic growth. Her speech at the UN was just one example of how women have historically been at the forefront of fighting for environmental protection. Thunberg joined the ranks of Rachel Carson, Sylvia Earle, Isatou Ceesay, Vandana Shiva, and Marina Silva as impactful leaders toward improving our relationship with Earth. Like most of these women, Thunberg has been exposed to reckless criticism and mockery from politicians and financial pundits. Who can forget President Trump’s condescending tweets about her, telling her to “work on her anger management problem” and “chill?”

Though Trump’s comments are irrelevant and ugly, they are unsurprising. Other climate deniers—typically white, cisgender men—have also been aggressive toward activists, particularly younger women. Representative Alexandria Ocasio-Cortez has received numerous attacks via social media for her environmental policies. The right-wing Media Research Center tweeted a video in 2019 of Ocasio-Cortez calling for “rapid decarbonization” and labeled her speech as “Shallow Thoughts,” with tacky sea images and music in the background. While Thunberg and Ocasio-Cortez are just two examples of women subjected to sexism and ableism, these attacks speak to a larger problem in the environmental movement: Powerful elites use sexist language to protect the growing economy that they have built their reputation and wealth on.

The Fragile Masculinity of Industrial Capitalists

Social scientists Jonas Anslem and Martin Hulman have described how a group of Swedish climate skeptics claimed that they were being marginalized due to their strong belief in the free market to protect society. All but one member of this group were elderly men. Anslem and Hulman argued that it was not the state of the environment that the skeptics felt threatened by, but rather the decline of the “masculinity of industrial modernity.” These skeptics, along with many other male leaders across the globe, tie their masculinity to the institutions that they financially benefit from. Environmental advocacy endangers their power because it questions these institutions. These business tycoons and politicians—the “elite directors of growth,” as John Bodley calls them—cannot stand to lose the powers and privileges of industrial capitalism, so they instead attempt to debase the discussion of climate change by framing women as too emotional and unsound. 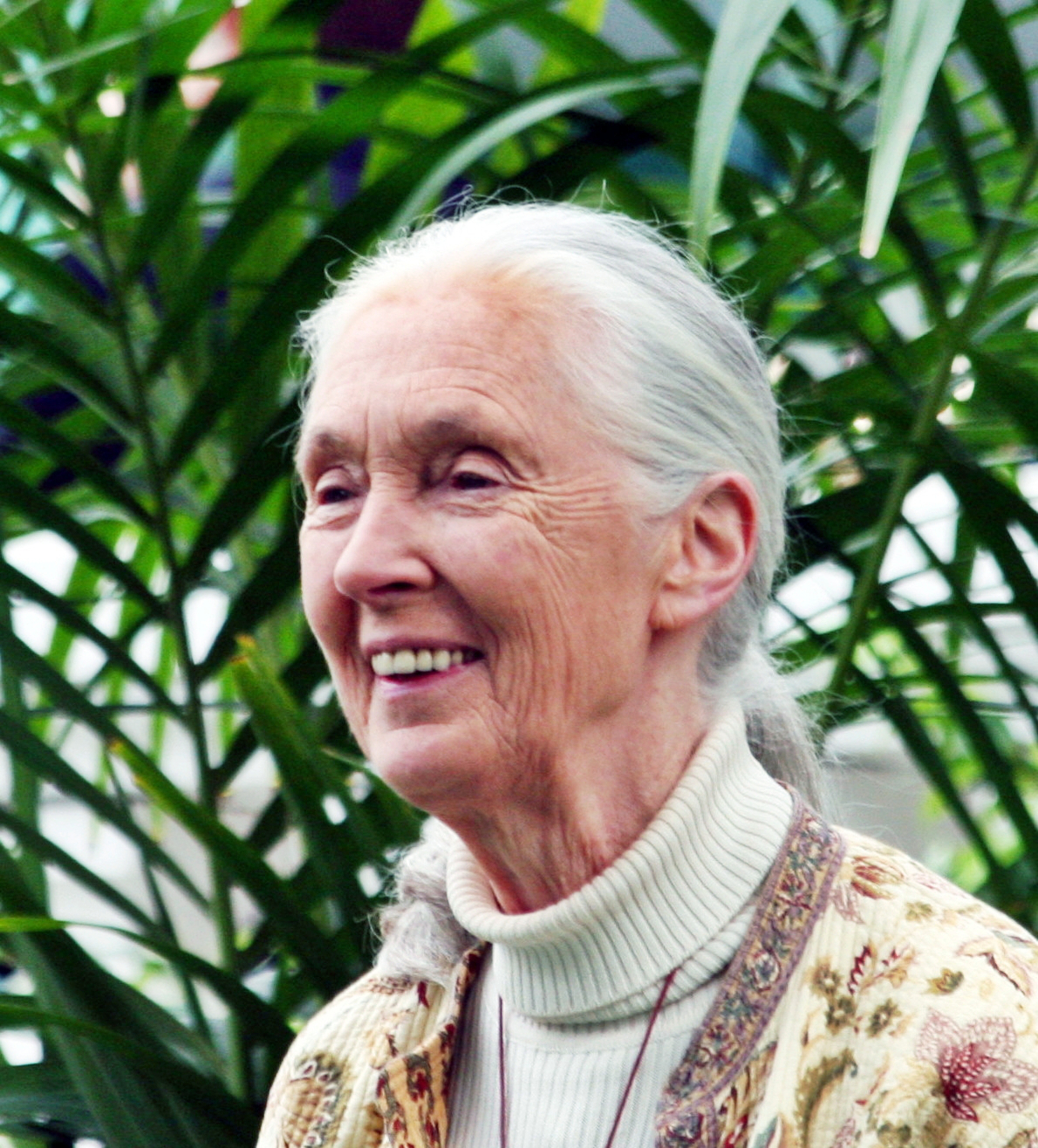 Meanwhile, environmental activism was largely initiated by women. In the 19th century, women comprised a significant cohort among bird conservationists. Harriet Lawrence Hemenway and Minna Hall, for instance, ended the plume trade in the late 1800s, saving the snowy egret from extinction and leading to the creation of the National Audubon Society. Marjory Stoneman Douglas defended the Everglades against efforts to drain and “develop” it in the early 1940s. Jane Goodall began studying chimpanzee communities in 1960 and became a broad-based environmental leader (and CASSE signatory).

However, claiming that environmental advocacy is “feminine” patronizes the movement and forces it into a gender binary. In contrast, intersectional feminism—or the understanding of how women’s overlapping identities impact their experience with oppression—is grounded in inclusivity. Everyone, no matter their gender, should feel welcomed and motivated to participate in environmental advocacy. Bringing a reusable bag to a grocery store does not qualify a person as “unmanly,” nor should gender be used as a weapon for degradation. Yet fragile masculinity and sexism (especially among cisgender white men) is still prevalent in discussions of environmental protection.

The gender gap in business and government is profound. Consider the following:

In the book Through the Labyrinth: The Truth About How Women Become Leaders, social psychologist Alice Eagly describes how the labyrinth is a more appropriate metaphor than the “glass ceiling” for the challenges women face in obtaining leadership positions. Women can move through the ranks in society, but every level presents a new barrier: pay gap, sexual harassment, pregnancy discrimination, etc. For women of color, these struggles are only heightened. All of these factors contribute to women being pushed from important positions of power.

Eagly also points out that men are able to garner more political respect because of their assertiveness. They get more funding and support because they embody the stereotypical political figure. Women, on the other hand, must be not only competent and deliberate but also likable. For instance, Vice President Kamala Harris has proven herself as an intelligent, informed orator with a cogent platform, yet shortly after the VP debate, she was targeted as “unlikeable” and “abrasive.” As mentioned before, women in the political sphere are criticized more for emotional reasons over their policies or long-term plans.

Not only are women labeled as too emotional in leadership roles, but they are also too often categorized as being “weak” or “timid.” Yet leadership is not about aggression or hostility; figureheads should be empathetic, good listeners, and team players. Eagly mentions how men are more likely to engage in physically dangerous acts to save lives, but women typically participate in relational acts that help people. For instance, women are more likely to donate organs than men. Women were also more likely to rescue Jewish people during the Holocaust. 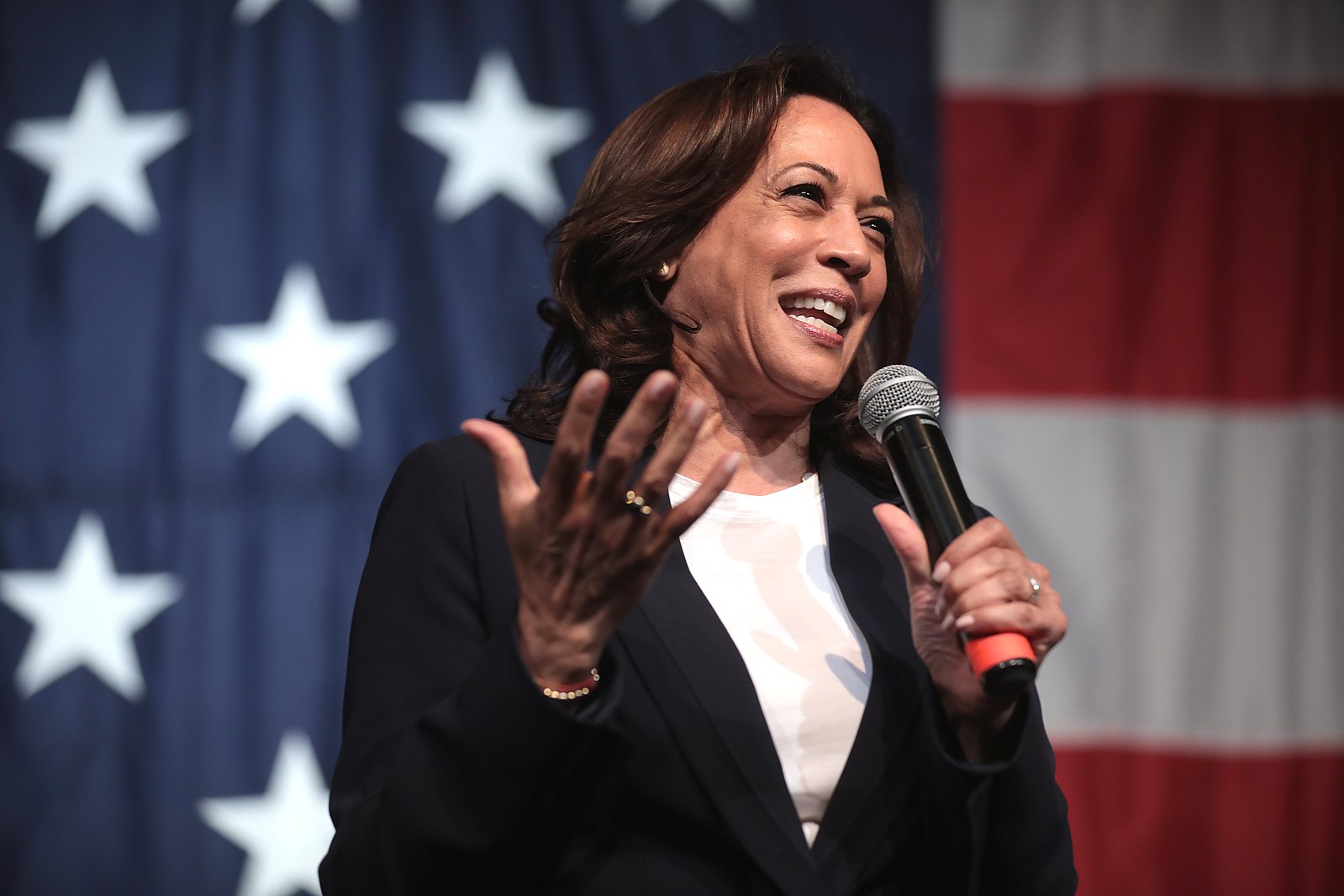 Kamala Harris was the target of sexism even before she stepped into her role as Vice President. (Image: CC BY-SA 2.0, Credit: Gage Skidmore)

Some might argue the statistics are skewed because women lack the physical strength of men (on average) to save others from immediate perils such as drowning or animal attacks. Yet the examples above reveal that women as leaders are more likely to take risks for the good of society, not themselves. While saving someone from a burning building could earn the title “hero,” organ donors remain anonymous. Further, the majority of women who hid Jewish people in their attics have slipped quietly into the background of history. Women typically act as leaders for the sake of others, not for fame or money. How can we ensure this same motivation is applied to a diverse environmental movement?

The Economic Objectives of Ecofeminism

For so long, major societal decisions have been made by white men. It’s time that women are brought to the policy table. This can start with education.

Women’s educational achievements have increased worldwide since the 1960s. In 2010, only a fifth of adult women had no formal schooling compared to 50 percent of women 60 years ago. However, though women are more educated than they once were, there are numerous countries where gender parity is far from achieved. Within the primary school system, there are 5.5 million more out-of-school girls than boys worldwide. Lacking proper education not only hinders women in pursuing careers, but also furthers inequity in the household, political, and social spheres.

Schools should have the resources they need to empower all students. That could look like an education system that addresses intolerance in classrooms or supports students’ wellbeing instead of rewarding competition and output. The wealth gap is also a component of gender inequality in higher education. People in wealthier societies are more likely to receive higher education and have a longer life expectancy. That means that parents who struggle financially have more difficulty in supporting their families, and therefore, could contribute to women facing a decision of pursuing a career (and taking out thousands of dollars in loans) or helping loved ones at home.

One way to close the wealth gap is through the “Sustainable Salaries Act,” which would “prohibit top employees in most industries from making more than 15 times as much as the lowest-paid employees.” The salaries bill may also be packaged as a part of the Full and Sustainable Employment Act, a policy vision for a steady state economy. This vision ensures that a healthy environment will lead to a healthy economy, and that a healthy economy will lead to more opportunities for everyone.

A steady state economy would supplant the pro-growth tactics that are sucking the life from marginalized people. It could be argued that the macroeconomic objective of ecofeminism is the steady state economy. Ecofeminism was conceptualized in the 1970s and used by activists to show how environmental damage is related to women’s exploitation in society. More recently, though, a new school of thought has branched out: “cultural ecofeminism.” This movement encourages the connection between women and the environment, suggesting women’s sensitivity to nature is essential for creating communities outside of the patriarchal, industrial hierarchy. Cultural ecofeminists strive to protect the environment as well as establish safe spaces for those across all social, economic, racial, and gender identities.

Nothing can be changed overnight. But introducing ecofeminist principles, little by little, into corporate and public policies will build momentum for greater traction and action. For instance, ecofeminism has the potential for reforming environmental regulation. Ecofeminists are strong supporters of the public trust doctrine, a long-running challenge to the toxic masculinity of free-market capitalism.

Ecofeminist policies should also be instituted in women’s healthcare and international affairs. Governments should require sexual education as mandatory in school curriculum. Women should also have free access to contraception.

Further, governments should create more roles for women in their international security departments. The Women, Peace, and Security Act of 2017 is a step in the right direction. It promotes the political participation of women in the local, regional, national, and international levels of conflict resolution.

As ecofeminism permeates the political sphere, and women gain more leadership positions, there should be more support for steady-state economics in the policy arena. Who knows, maybe the next Greta Thunberg is reading this right now, ready to march with a sign that reads, “Skolstrejk för den stabila ekonomin.”

Casey Reiland is the former managing editor at CASSE.

CC BY 2.0 The Resilience Imperative and Civil Disobedience

CC BY 2.0 Homesteading: A Steady-State Counterculture

CC BY 2.0 Crossroads for Planet of the Humans
1 reply

The GameStop Boom: Lessons for Steady Staters
Scroll to top
$