You may be surprised that the odd-numbered quotes come from Pope Francis; the even-numbered are from Daly and Cobb. Of course, Pope Francis neither cites Daly and Cobb, nor does he use the term “steady state economy,” yet it’s clear he’s acknowledging limits to economic growth in developed nations. And his message is at least as radical as Daly and Cobb:

When shares of major corporations fall a few percent, the news makes headlines. Experts endlessly discuss what it might mean. But when a homeless person is found frozen in the streets behind empty hotels, or a whole population goes hungry, few notice; and if it makes the news at all, we just shake our heads sadly and carry on, believing there is no solution.

A few pages later, he lays out a solution, which translated to English is the three L’s: land, lodging, and labor. Francis argues that all humans are entitled to the three L’s, but his use of these terms differs from colloquial use. 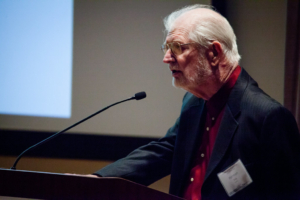 To Francis, land is not merely the means of production that it is to economists. Land is the earth, and he lays out a biospheric ethic: “We are earthly beings, who belong to Mother Earth… We need now a time of Jubilee, a time when those who have more than enough should consume less to allow the earth to heal, and a time for the excluded to find their place in our societies.”

On lodging, Francis argues we are not simply entitled to a place to sleep, but must be concerned about our entire “oikos” (another word favored by Daly and Cobb), our “house” in a sweeping sense. He argues that we need to build clean, livable urban areas to contrast with the increasingly polluted cities of the developing world.

Finally, Francis argues that labor is a “right and duty for all men and women” but it shouldn’t be just a means of earning an income. Rather, labor should be a means of expression, fulfilment, and contribution to the common good. “Business isn’t just a private enterprise; it should serve the common good.” (“Common good” is another theme of Daly and Cobb; all the way unto their book title.)

Francis offers a few specifics—he endorses UBI and sustainable development goals, and offers some praise for renewable energy—but Let Us Dream is not a policy paper. It’s derived from an encyclical, intended to clarify doctrine for the largest religious denomination on the planet. Now in the book form of Let Us Dream, Francis sketches the broad outlines of a theological vision with remarkable parallels to “steady statesmanship.” 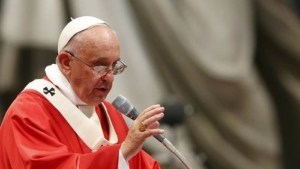 Unlike some economists who assume an air of omniscience, Francis writes with modesty, ever clear that he has not all the answers. He knows he’s not God. But he does have a unique pulpit and moral authority. In Let Us Dream, Francis uses that moral authority in edifying prose to clarify that the current economy is ecologically harmful and leaves too many people out in the cold. Therefore, according to Francis, our economic system is immoral and decidedly un-Christian, and we have a responsibility to change it. Further, he clarifies that limiting economic growth in the wealthy world is a major component of the necessary change.

What I find most interesting about Let Us Dream is that it is an almost entirely moral argument. It does not cite dozens of studies about ecological crises, nor does it discuss economic theories or the merits of utilitarianism and deontology. He doesn’t even quote scripture at much length. Instead, to paraphrase, Pope Francis says, “Y’all, this is wrong.” He asks us to simply acknowledge what we all know to be true, what we can all see with our own eyes—that our economy is brutal for many people and damaging to the planet. We don’t really need sophisticated climate models or data from the World Bank to know when something is broken. Francis is asking us to open our eyes, acknowledge what we see, and do something about it.

What Should We Take from Let Us Dream?

For me, it is to stop focusing on the science and economics, at least in public discourse. I don’t believe people will make changes in their daily lives because of the output of an Earth systems model, an integrated assessment model, or any other 21st century means of counting angels on heads of pins.

People know Earth is a mess and they know the economy is a disaster; they don’t need to be convinced. They need to be motivated. I’ve sat through a lot of science, and I have never once left a lecture motivated to do anything but weep or sleep.

Thinking back to the periods of change in the past—Civil Rights, Abolition, Prohibition, Women’s Rights—people were motivated to march, to vote, and more importantly to reconsider the status quo by witnessing suffering around them and through the media. These people were led by religious clergy and laypeople, not scientists and economists.

Of course, steady-state economics has always been deeply linked with religion, or at least Christianity. Daly and Cobb discussed the religious justification for the steady state explicitly, as the even-numbered quotes illustrate. But that religious justification has been subsumed by scientific reasoning. Francis exposes that as impotent human folly. 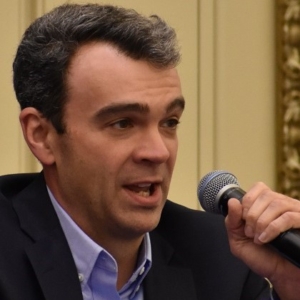 Brian Snyder is an assistant professor in the Department of Environmental Sciences at Louisiana State University and a CASSE chapter director.

Bring Back Hank Paulson — On One Condition
4 replies

"Rappahannock County Courthouse" by taberandrew is licensed under CC BY-NC 2.0 Resisting the Temptation of Growth at the County Level
Scroll to top
$