What’s more compelling than an astonishing upset?  We seem instinctively drawn to the underdog; we routinely root for the resilient scrapper who refuses to back down.  It’s why Team USA over the Soviet Union in the 1980 Olympics has been memorialized as the Miracle on Ice.  It’s why we cheered when Rocky Balboa went toe to toe with Apollo Creed (and subsequently KO’d All the President’s Men, Network, and Taxi Driver at the Oscars).  It’s why Harry Truman’s defeat of Thomas Dewey in 1948 is one of the most famous U.S. Presidential elections.  And it’s why David and Goliath is one of the most beloved biblical stories.

There are some powerful think tanks promoting “green” ideas around the world, especially when it comes to green growth, green technology, and green jobs.  In a stunner, CASSE prevailed over them all as it was named the Best Green Think Tank of 2011 by the sustainability gurus at TreeHugger.  Despite a miniscule budget and a skeletal staff that consists almost entirely of dedicated volunteers, the Center for the Advancement of the Steady State Economy overcame odds almost as long as its name.

Perhaps it’s not all that shocking of an upset after all.  With each passing day, the public is becoming more skeptical of the status quo and more receptive to CASSE’s message.  Infinite economic growth on a finite planet makes no sense.  It’s a difficult message to hear and internalize, especially amidst the constant clamor for evermore growth.  But acceptance of this message is a prerequisite to making the transition to a steady state economy, and CASSE is the leading organization calling for this transition.

As TreeHugger notes, “When it comes down to advocating for what we humbly submit to readers as the single most important economic concept of the 21st century, CASSE comes out on top.”  And CASSE is in good company – awards are piling up for people and organizations daring to challenge the orthodoxy of perpetual economic growth:

These awards help validate the messages being delivered by CASSE, nef, Post Carbon, GFN, and dozens of other organizations.  And they increase public awareness of noteworthy efforts.  But more importantly, they provide inspiration for us to follow the lead of these organizations.  Underdog victories prove that the little guy can win the game.  Their stories help us realize that we have the power to accomplish big things. 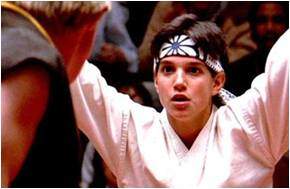 Underdogs of the world unite!

In this case, the underdogs are all the people who are distressed about the direction humanity is headed.  We are the people craving a sane solution to climate chaos, mourning the culture of materialism, searching for solutions to the ongoing assault on nature, and hoping for an end to poverty.  It will take unprecedented commitment, hard work and perseverance for us to overcome greed-based corporate agendas, outdated economic institutions, and our own reservations about saying and doing what is necessary.

Now, however, is the time for underdogs of the world to unite in action.  As TreeHugger astutely observed, “In all honesty awarding the Center for the Advancement of the Steady State Economy a Best of Green Award this year is as much about promise as past action.”  We need to fulfill the promise and find a way to run the economy on something other than endlessly expanding consumption.  If you want to join the underdog movement for a sustainable economy, please consider taking some simple actions to raise awareness about the perils of perpetual growth and the positive possibilities of a steady state.