Those of us old enough to remember the Cold War will also remember that it involved a growth race between capitalism and communism. Whichever system could grow faster would presumably win the allegiance of the uncommitted world. The idea of a steady state was therefore anathema to both sides. The communist growth god failed first because of political repression and economic inefficiency. But the capitalist growth god is now failing as growth becomes uneconomic due to environmental and social costs and is propped up only by fraudulent accounting, monopoly, and financial corruption. Neither system can accept the idea of a steady state economy, but neither can attain the impossible alternative of growing forever.

Advocates of the steady state economy are long accustomed to attacks from capitalists, which have by no means disappeared. We are less accustomed to attacks from the left, not from communists who have virtually disappeared, but from remaining Marxists and socialists. Although Marxism is largely discredited (along with other manifestations of 19th-century determinism, such as Freudianism and Eugenic Darwinism), one cannot by any means take that as a vindication of capitalism, which has only gotten worse in its quest for unending growth. In spite of my overall negative view of Marxism, there are some “green Marxists” who, in my opinion, are worth reading (e.g. John Bellamy Foster, Brett Clark, Richard York, The Ecological Rift). Recently, another socialist (I am not sure if he considers himself a Marxist) has criticized the steady state economy for being essentially capitalist. This is economic historian Richard Smith. He sees the steady state economy as a distraction from “eco-socialism.”

One should be grateful to one’s critics—it is much better to be criticized than ignored. Richard Smith kindly takes me as his exhibit A for a position that he misleadingly labels “steady state capitalism.” I have never used that term, always speaking of a steady state economy, which is neither capitalism nor socialism, although it draws features from both. Indeed, in the Cold War context, it was thought to offer a Third Way, a possibility for uniting the best features of each system. Change is impossible unless you start from where you are. As noted, I am more accustomed to attacks from capitalists, so it is at least a refreshing change to be attacked, and on balance rather politely, by a socialist who, unlike many neoclassical growthists, has taken the trouble to learn about the steady state economy. Disagreements will follow, but my appreciation for his critical attention needs to be expressed. 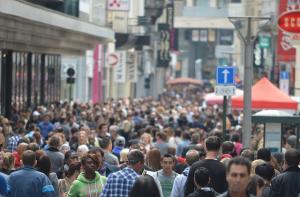 Would it not be more productive to start by defining a steady state economy, followed by arguments for its necessity and desirability? We could then avoid ideological classifications based on abstract definitions of what capitalism or socialism “essentially must always be.” We now live in a full world. Capitalism and socialism are both from the empty-world era in which growth was the desideratum. Must we insist on pouring new wine into old wineskins, and then watching them burst?

Smith’s unhappiness with me derives most specifically from my preference for the market over centralized planning as a tool for dealing with the single technical problem of allocative efficiency. Steady state economics deals with three problems: sustainable scale, just distribution, and efficient allocation. It takes the first two issues, scale and distribution, away from the market. It calls for quantitative ecological limits on the throughput of resources so that the market can no longer determine the physical scale of the economy relative to the biosphere. It also advocates social limits to the range of income inequality, so that the market can no longer generate large inequalities of wealth. Subject to these two prior macro-level aggregate constraints, it then relies on the market to efficiently allocate resources. This is not advocacy of the Market with a capital M, the deified master evaluator and controller of life. This is market with a small m, a limited tool for rationing, communicating, and exchanging goods and services.

Reliance on markets for allocation (now within prior ecological and distributional limits) is further constrained, even within traditional microeconomics, by opposition to monopoly, and restriction of market allocation to rival and excludable goods. Non-rival and public goods have long been recognized to require some degree of non-market allocation. Even so, Mr. Smith is still unhappy with any role for markets.

Richard Smith deserves credit for recognizing and opposing the real evils of financial-monopoly-crony capitalism as it currently exists. And, unlike both traditional Marxists and neoclassical economists, he realizes that we cannot grow forever and that we have in many dimensions already far overshot optimal scale. And he takes the trouble to debate critical issues rather than ignore them. However, he thinks only socialism can somehow cure these evils. The operative word here is “somehow.” Somehow we must wipe the slate clean of any institutions associated with markets, such as property, division of labor, exchange, and profit. How? By violent revolution? By rational persuasion? By moral conversion? That is left vague. It is all very well, for example, to point out the real problems with excess reliance on the profit motive. But if we abolish profit as a source of income then we also abolish self-employment. Everyone must then become an employee earning a wage. Who then is the employer? Do we all then work for Ajax United Amalgamated Corporations? Or for the Universal State Monopoly? Is there something about the mere act of exchange and the category of profit (not just excessive inequality and monopoly ownership of the means of production) that offends or confuses Marxists?

Nevertheless, if Marxists now advocate limiting growth, that is a big change. Maximizing growth to achieve overwhelming material abundance has been seen as the path to the “new socialist man,” who, according to Marx, can only be freed from his bourgeois greed by objective abundance, by the abolition of scarcity, not by the “utopian” morality of sharing. I have never seen a Marxist proposal to limit the scale of the macroeconomy to an ecologically sustainable level—nor for a maximum as well as a minimum income to limit the range of distributive inequality to a reasonable and fair degree. Rhetorical calls for absolute equality and abolition of private property abound but are neither realistic nor fair.

Marxists also go far out of their way not to recognize overpopulation and the need to limit population growth (a critical dimension of both scale and distributive inequality, given class differentials in fertility and access to contraception). A stationary population is part of the definition of a steady state economy. Furthermore, a limited range of income inequality would restrict the ability of the rich to bid necessities away from the poor in the market. The unjust distribution of income does get reflected in markets, but let us attack the cause, not the symptom. And quotas on basic resource throughput could raise prices enough to eliminate most frivolous and wasteful production, as well as stimulate recycling and increase efficiency while ruling out the Jevons effect. If we start with depletion quotas on basic resources, then the resulting increase in resource prices and efficiency cannot lead to more use of the resource. Auctioning transferrable quotas rather than giving them away (markets rather direct government allocation, pace Mr. Smith) will raise enough revenue to greatly reduce taxes on the poor. 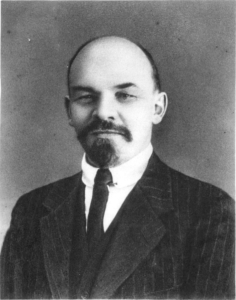 Richard Smith believes that all markets are essentially bad masters. Does this mean that he would prefer War Communism to Lenin’s economic policy? (Image: CC0, Credit: Wilhelm Plier).

It is not at all clear why Smith thinks markets must always be bad masters rather than good servants. If we forgo markets, should we then perhaps have another go at central planning and collectivization of agriculture? Would Mr. Smith have preferred War Communism to Lenin’s New Economic Policy because the latter was really just “state capitalism” that re-established significant reliance on markets? To be fair, we do not know what Smith thinks about any historical experience with the abolition of markets because he does not mention any.

Critics of the present growth economy, whether steady state economy or “eco-socialist,” are, however, united in humility before a common dilemma—namely that the bought-and-paid-for government that would have to enact the programs needed for a steady state economy is the same government that would have to run a socialist economy. A government that cannot even break up too big to fail monopolies, or provide debt-free money as a public utility or tax carbon will certainly not be able to administer a centrally planned economy—nor even a steady state. We have deeper problems of moral and spiritual renewal (in addition to the recognition of finitude and laws of thermodynamics) that transcend both capitalism and socialism. It is admittedly hard to envision the source for the basic moral renewal required to face the enormous problems that are looming, but Marxist dialectical materialism and collectivism seem to me already to have historically demonstrated their failure in this regard. We need something new. Although things look bleak, we never know enough to justify giving up hope. But we should avoid repeating past mistakes.

Piketty Acknowledges a Limit to Inequality–Will He Acknowledge the Limits...

The Overlooked Anniversary: Forty Years Ago Congress and the President Called...
Scroll to top
$