Thanks to Bill McKibben, not just for his new book but for 30 years of honest, eloquent, and insightful environmental writing and activism. 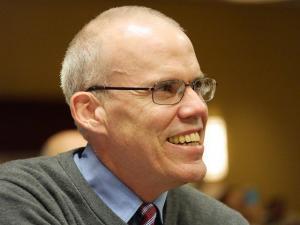 He begins Falter by pointing out that “the human game we’ve been playing has no rules and no end, but it does come with two logical imperatives. The first is to keep it going, and the second is to keep it human.”

What McKibben calls “the game” that we must keep going and keep human is similar to what C. S. Lewis called the “Tao” in his 1944 classic, The Abolition of Man. The Tao refers to the common morality informed by natural law and spiritual insight—the given yet evolving conscience and wisdom of mankind. The Tao also develops and evolves out of its own past. It is our best understanding of objective value. We cannot logically depart from it in any fundamental way—it transcends both subjectivism and naturalism.

In McKibben’s version, the “human game” has to continue and remain human. It is the second part that gets close to Lewis’ idea, who wrote long before the age of genetic engineering with CRISPR technology. Lewis’ “Conditioners,” social engineers in effect, were only educators and psychologists. Lewis granted them the complete power to mold their subjects, the same power that seems to be possessed by the modern genetic Conditioners of today, so his argument remains relevant, indeed becomes more so. 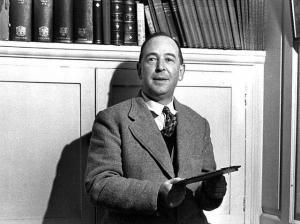 Lewis’ argument is simple: the Conditioners want to create in their subjects a new artificial Tao, a “better” one. They have the power to do so. They may appeal to the traditional Tao for guidance on how to make the artificial Tao better. But then they are still servants of the Tao and not creators of a new Tao. In other words, they are developing the Tao, not replacing it. To replace the Tao, they must step outside of it to find the criteria for how to remake it. But in stepping outside, they step into an ethical void. “I should” or “I ought” comes from the historical Tao and disappears with its absence. What remains to motivate the Conditioners is “I want.”

The personal desires of the Conditioners, uninstructed by the Tao from which they have emancipated themselves, become the motives directing the “I can” of these all-powerful Conditioners. What appeared to be the collective power of mankind over the Tao has turned out to be the arbitrary power of some over many. The future subjects are no longer men but creatures of the Conditioners’ wants, whims, desires, and fantasies. Hence the title, Abolition of Man.

Lewis is not arguing against knowledge or technology. For each step in controlling nature, it may (or may not) be that the benefits outweigh the costs. He is insisting, however, that the last step of treating the Tao as another part of nature to be remade according to human desire is fundamentally different, like dividing by zero instead of by a smaller and smaller number. At this last step, the process does not continue—it blows up in your face.

McKibben’s argument is similar in form but different in its terms. The Tao is “the human game” that must continue and remain human. The continuation of the game is threatened by the fact that we are destroying the physical board (or sphere) on which the game is played. Much of McKibben’s writing and activism has been motivated by saving the biophysical board necessary to keep playing the game, specifically, saving a climate conducive to life. What is new in this book is the emphasis on keeping the game human or “within the Tao” in Lewis’ terms.

McKibben declares, “I am not great with eschatology; I don’t know the final destination. While I don’t know how to change the ‘system,’ the urgent nature of the climate crisis doesn’t let us simply put off action. The biophysics doesn’t allow it.”

One understands his reluctance to “go eschatological” and to stick with the biophysical. Yet McKibben is already neck deep in eschatology, and necessarily so, by emphasizing early on the apocalyptic consequences of the climate crisis. Some technocrats go on to argue that since our civilization is unsustainable anyway, we are justified in taking extreme technical risks to save it, like a dying cancer patient volunteering for any experimental treatment. But where things really get specific is in his reflections on the full-blown and frank eschatology of the Silicon Valley billionaire self-creationists.

As McKibben reports, a number of these folks are planning to live forever, not in the New Jerusalem or in a Platonic spirit world but here on the unredeemed earth. Either survive whole or freeze your severed head until the Singularity (Second Coming?) when science will resurrect you, or at least your consciousness, by uploading it into silicon memory chips. Where, oh Death, is now thy sting? What these Silicon Valley self-creationists ridicule as naive religious belief, a remnant of the old Tao, they recreate as a new technological religion, an eternal digital heaven on earth (or maybe Mars) populated not by mortal men, but by—what? Marxists had something similar (but much less extreme) in mind with their eschatology of the new socialist man and classless society.

McKibben is politely dismissive of the eschatology of these “self-rapturing” techies, noting their extreme individualism (stemming from their common hero, Ayn Rand) that leads them to appropriate a kind of heaven on earth for themselves. McKibben also reminds us that these are the richest people in the world, and what they believe is influential. Modern theologians have prematurely “closed the office of eschatology.” Now it has been reopened, under new management. G.K. Chesterton famously said that when people stop believing in God, the problem is not that they then believe nothing, but that they are likely to believe anything. Could be. 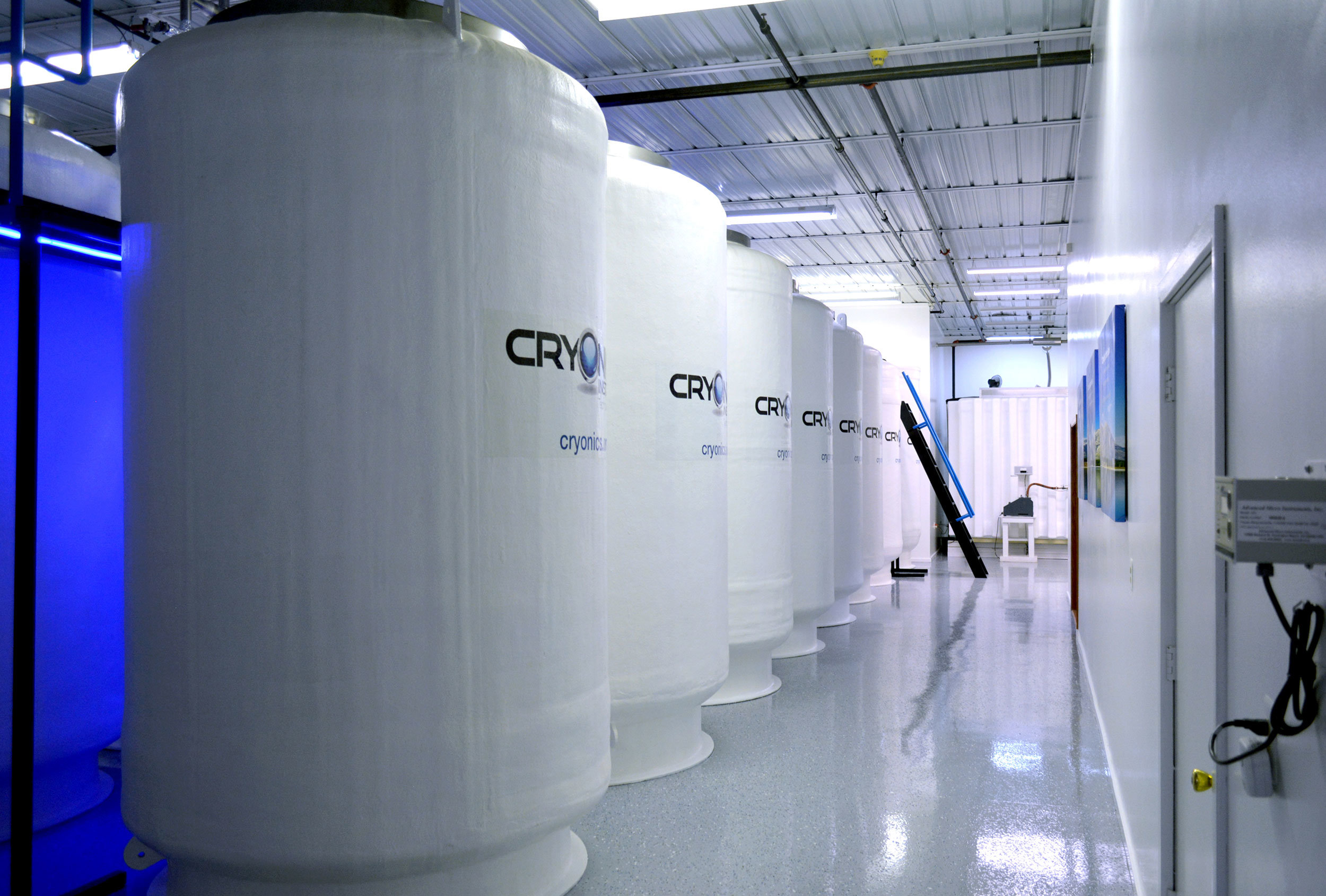 Keeping the present creation going as long as possible is an ethical judgment in favor of longevity, not a logical imperative. Nothing in logic prevents extinction or death; indeed, evolution requires it for individuals and species. Whether the end is entropic heat death or new creation is the eschatological question—a question of reasoned hope rather than demonstrated knowledge.

We tend to dismiss eschatology on the grounds that the sun will last for some billions of years and thoughts about the final end will distract our attention from the immediate crisis. Fair enough, but the scientific materialism underlying Salvation-by-Singularity has given us the power to destroy creation without providing—indeed by undercutting—any reason to keep it going other than chanting the colorless abstract noun “sustainability.” Meanwhile, the Silicon Valley eschatologists are working out their personal salvation independently. They probably already have started marketing it to those who can afford it.

McKibben has explained that “the climate threat is so pressing and so intermingled with current economic arrangements, that it provides the best possible lever for making profound change in other aspects of the economy…” I suspect that a serious effort to solve the climate crisis—or the biodiversity crisis, or water crisis, or political crisis for that matter—will soon lead to the recognition of their underlying common cause, namely the continuous growth of the human economy and its consequent displacement and degradation of the rest of our world.

Nevertheless, most discussions of climate change usually fail to make the connection to growth. The focus is on how to accommodate growth within the structure of complex climate models and their predictions. The main accommodation is to advocate a switch from nonrenewable to renewable energy resources but without recognizing that renewables effectively become nonrenewable, once growth leads to exploitation levels beyond sustainable yield.

Maybe, after repeated failures, a steady state economy will begin to seem like a reasonable policy to save whatever is left for however long it can last. That falls far short of a real eschatological vision, but it is better than the cryogenic rapture of the Singularity preached by the technical Gnostics. McKibben does not pursue his initial critique of Silicon Valley eschatology, and one cannot blame him because the topic is daunting. But the eschatological question of ultimate purpose and final end keeps breaking through into policy discussions, however unwelcome to present attitudes. In Falter, McKibben at least identifies this usually repressed issue.

Herman Daly is an emeritus professor at the University of Maryland School of Public Affairs and a member of the CASSE executive board. He is co-founder and associate editor of the journal Ecological Economics, and he was a senior economist with the World Bank from 1988 to 1994. His interests in economic development, population, resources, and environment have resulted in more than 100 articles in professional journals and anthologies, as well as numerous books.