Following my recent article in the Herald, a reader pointed out that many folks become far happier simply by reducing their material belongings. He also noted how, by focusing more on the long term, he has been able to achieve many goals in his own life. Neither of these points came as a surprise, yet they’re worth following up on. There is growing interest from people in the USA and the Western world at large in living a slower, more purposeful life, born out of the age of overload.

Our lives seem to be getting faster and faster—and it isn’t just us—things actually are getting faster. Moore’s Law (technology advances at an exponential rate) helps to explain this. If you compared someone from 1600 to someone (of similar socioeconomic status and location) from 1700, these lives would look fairly similar. But if the comparison was between a 1921 life and a 2021 life, the differences would be stunning.

Many books have been written about how to function in the age of “information overload,” such as Thomas Friedman’s Thank You for Being Late, and The Organized Mind by Daniel Levitin. While they may be useful reads for a disoriented time traveler from 1921, I find their authors to be quite complacent in our hectic modern world. These books treat the symptoms of overload, not the cause.

Whereas, degrowth toward a steady state economy goes straight to the cause. By accepting and managing a period of degrowth, we can ease the “growing pains” of the economy: biodiversity loss, global heating, resource shortages, and so on. By limiting resource extraction and acknowledging that “enough is enough,” we can create a world where humans are happier and fulfilled on the personal level while respecting biophysical boundaries.

Given the recent awakenings to the excesses, overload, and commotion of the “first-world” lifestyle, it’s no surprise that minimalism has been gaining popularity. Some of the most well-known advocates are “The Minimalists,” Joshua Fields Millburn and Ryan Nicodemus. Their story is one many can relate to. They were childhood friends who grew up poor in unhappy homes, blaming the stress surrounding them on lack of money. They climbed the corporate ladder in their 20s, eventually earning six-figure salaries and comfortable lifestyles. However, once they achieved financial success, they realized something many wise men have preached: Even with their newfound wealth, they remained unfulfilled. 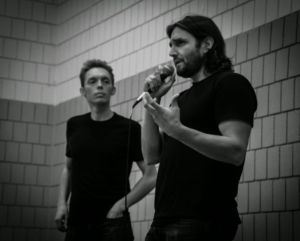 Such wisdom has been corroborated by studies showing that, once a person’s basic necessities are met, more wealth doesn’t mean more happiness. Sure, buying an item can deliver an immediate shot of dopamine, but the high doesn’t last. Like any other addict, the consumer often winds up in a vicious cycle of buying evermore to be “happy,” but walking away with financial instability, depression, and anxiety. The result of this behavior at the societal level comes with a huge environmental cost, too.

One example of this destructive cycle of consumption can be seen in the “fast fashion” industry. Fast fashion is one of the most heavily marketed industries worldwide. It dominates the textile sector, comprising companies that sell the trendiest clothing at bargain-basement prices. The low prices also mean low quality, so most of the items are worn only a few times, then discarded, taking up landfill space, and leaving more closet space for dopamine-pumping purchases.

In 2014, the average consumer bought 60 percent more clothes and kept them for half as long as the average consumer in 2000. The equivalent of one full garbage truck of clothing is incinerated or landfilled every second. Unsustainability is the rule for the textile sector, the third-largest sector in the world.

Big Brother is Real, and He Knows You Shop at SHEIN 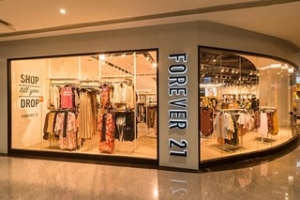 Forever 21, one of the first brick-and-mortar fast fashion brands in malls around the world. Notice the “shop till you drop” quote on the left. (Image: CC BY-SA 4.0, Credit: MarketcityKurla)

While marketing has always convinced consumers to spend money, targeted marketing—based on millions of bits of data per person—is now used by companies to engage in even more psychological manipulation. Another name for this is “surveillance capitalism.” If you regularly encounter online ads for items you’ve been recently googling—cheap clothing, for example, at SHEIN—you’re experiencing surveillance capitalism. These ads can appear on every website we browse as well as our social media feeds. This repetitive, targeted marketing fuels consumption.

Ethical debates over surveillance capitalism abound, but from a steady-state perspective, what argument could there be? Manipulating people for the sole purpose of getting them to buy more and waste more is unseemly, unethical, and unbelievably unsustainable.

Overconsumption goes all the way up to capital assets such as houses. While family sizes have shrunk since the 1960s, single-family homes have almost doubled in size while families have sprawled out into the spacious suburbs. These days nearly everyone in the USA has a garage or basement full of junk. For many of us (about ten percent in fact), the self-storage unit comes next. Annual spending on construction of self-storage units has gone from $1 million to $5 billion in the 25 years between 1993 and 2018. Additionally, the major expansion of home-building is accompanied by suburban sprawl entailing more shopping centers, schools, and roads.

In a sustainable, steady-state world, surveillance capitalism cannot stand! “Consumer confidence” is hardly the right attitude, either. Embracing minimalism and consciously thinking about what we buy, how we buy it, and if we really need it, can solve a lot of problems. At the societal level, it can help save us from unbounded economic growth, environmental degradation, and the undermining of tomorrow’s resources and jobs. It’s good for the soul, too.

In conjunction with not buying in excess, minimalism is about ridding one’s self of clutter. Marie Kondo’s method of decluttering and organizing took the world by storm with her book, The Life-Changing Magic of Tidying Up, which topped the New York Times Best Sellers list. Kondo asks readers to consider each item they own and ask themselves if it “sparks joy.” If it does, they should keep it; if it doesn’t, they should get rid of it. The fame of Life-Changing Magic brought minimalism closer to the mainstream, causing even non-minimalists to consider their belongings in a more meaningful way. 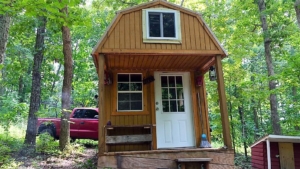 Within the minimalist movement, the popularity of tiny houses has risen rapidly in recent years. Many people have “found freedom” by living in extremely small homes where just about anything they might need to cook, work, or relax is only a step or two away (if not within arm’s reach). The tiny-home life might not be for everyone, but the upsides are clear: low utility bills, less space to clean, and a substantially smaller ecological footprint. There is also no room for junk, so tiny-home owners don’t buy junk to begin with.

Minimalism is not about going hungry or unclothed, but sticking to a budget and prioritizing quality and durability over quantity and dopamine. Basic necessities will still be met, but in more sustainable ways. Minimalism is essentially a steady state economy on a personal scale. (It’s definitely for serious “steady staters.”) It actually starts with degrowth, because most of us own too much to begin with. From there, the focus is on a lower rate of consumption than in prior years.

Of course, a steady state economy is not achieved solely as the aggregate of personal consumption decisions. Government spending—most notably military expenditures—must be gotten under control. That said, many more minimalists would be much more conducive to a steady state economy than our urban-sprawling, SHEIN-shopping populace.

The Power of Story for Changing the Economy
8 replies

Is the Steady State Progressive?

Paying Taxes with Trophic Money: Watch Out for Environmental Backfires
Scroll to top
$