Karl Marx thought of history as progressive, moving from aristocracy to bourgeois capitalism to socialist revolution to communist utopia. While neoclassical economists such as Alan Greenspan and Paul Romer might not agree with Marx on much, they do agree that history tends toward progress. Today, nearly everyone on the political left and much of the political right is “historically progressive,” even if politically conservative. They all seem to believe that our children will inherit a more prosperous, more just world than the one we inherited and that the human flourishing that began with the Renaissance will continue unabated.

Yet I doubt even Marx could look back on the 150 years since his death and see a history of progress. It takes a unique type of optimism to reflect upon a century with two World Wars, a four-decade Cold War, a series of genocides and pogroms, and one of the greatest famines in human history and see a glass half-full. The Soviets and Americans nearly precipitated a nuclear midnight on several occasions, and we blithely see great human progress.

The delusion of progress is made possible by a particular, hedonistic definition of progress and is defensible only in the short term.  By most understandings of the meaning of human life other than that of materialistic hedonism, history looks far less progressive.

The Neoclassical Meaning of Life

Imagine yourself a landowner outside of Athens trying to make decisions about your herds and crops. What motivates you? What are you trying to accomplish? What do you want in life? Until those questions are answered, asking about the particulars of your estate will be worthless. Similarly, if we want to conduct a big-picture economic analysis, we first have to know about the purpose of life.

First, the idea that happiness is the goal of life—that is, hedonism—is rejected by Eastern and Western religions alike. Buddhism teaches that life is about acceptance. Christians seek to love all others. Hindus strive to achieve all four Purusharthas or aims in life. The Jewish seek to elevate this world in preparation for the next. Muslims live to carry out the will of God. Members of these religions may not always adhere to these purposes, but these are nevertheless the stated purposes of the faithful. Likewise, modern psychologists, especially those prescribing acceptance and commitment therapy, argue that the purpose of life is to live a life of meaning given the fact of suffering, not to try to minimize suffering or maximize pleasure. 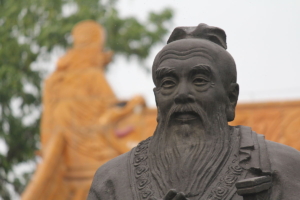 While hedonism is toxic to us and our psychological wellbeing, the materialistic idea that consumption is the means to happiness is also toxic to the environment. This toxicity most often takes the form of pollution, that unavoidable byproduct of consumption that muddies our water and clouds our air. No matter how “green” technology gets, hedonism will continue to produce it at an ever-increasing rate.

Yet given this limited definition of the purpose of life—to maximize pleasure through consumption—history has indeed been progressive in recent centuries, especially in the industrial regions. We certainly consume more than any generation in history, and if we simply assume that this consumption brings us happiness, then we must also be the happiest. Yet, our generation also uses more antidepressants and anti-anxiety pills than any other; we drink, we overeat, use opioids, meth, and other drugs, all to feel something (or nothing). Many of us in the richest and thus happiest nation on Earth need therapy to make it through the week. And despite our affluence, we incarcerate more of our citizens than any other nation on Earth. For the wealthiest and thus happiest people in history, we have a great many problems.

Humanistic Economics and the Meaning of Life 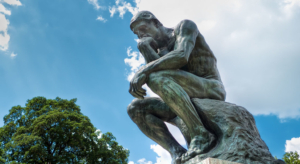 By this standard, history is progressive not if it provides more people with more of the things they don’t need, but rather if it provides more people with the things we cannot live whole, functional lives without. Certainly, we have grown better at fulfilling the world’s material needs over the past several centuries, but we might argue that the USA as a whole has not improved at providing the unquantifiable components of our humanity in the past several decades. We might argue that our minimum-wage jobs no longer provide the meaning that jobs as artisans and craftspeople did several decades ago, that our sense of community has collapsed under the scale of suburbia, that the secularization of our culture has failed to provide belonging, and that our social media addiction has robbed many of our relationships of love.

Or we might argue that in our thirst to meet the excesses of our material wants, we inadvertently crippled our ability to meet our humanistic needs. Most notably, in order to avoid engine knock in our cars, we added lead to the atmosphere, poisoning an estimated 800 million children, increasing the violence of our society and decreasing our children’s intelligence as this lead exposure damaged their brains. All for “progress.”

Ecological Economics and the Concept of Progress

The ecological economist may or may not reject the material hedonism of neoclassical economics, but in either case they would offer a unique critique of “progress.” To the ecological economist we may have gotten better at fulfilling our material wants, and this is not a bad thing. But materialistic hedonism is certainly not sustainable. Whatever material progress we have achieved is due in large part to our use of nature’s capital—especially its soils, fisheries, forests, and fossil fuels—rather than its income. As any corporate accountant would argue, a firm devouring its own capital is destined to fail.

So, what would progress that really mattered look like? First, it would be anchored to a worldview that clarified its assumptions about what is important. Our contemporary neoclassical worldview is based on materialistic hedonism, which is not consistent with how the vast majority of people see the world; most people do not think that the quality of one’s life is measured by their stuff, which is why people at funerals rarely recount the deceased beloved’s possessions. Most Americans ascribe to some other worldview—frequently religious, existential, or Platonic—which make different claims about the meaning of life and are just as valid as materialistic hedonism. Pursuant to materialistic hedonism, any consumption is good. However, truly good consumption benefits self and society in the long term; other consumption is frivolous and costly. 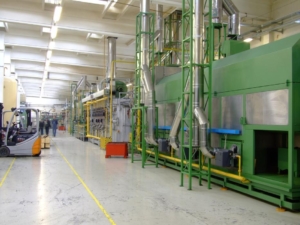 Third, progress that matters is not always quantifiable. We have gotten used to quantifying everything and this provides us with an easy way to measure our progress, real or imagined. But it is naïve to think that true human progress is measurable or quantifiable.

Finally, progress might mean moving backward on some fronts. While economic degrowth may be needed, we might also need a broader, more cultural, recession. Note that I do not intend to imply anything about minority, women, or LGBT rights. Instead, I mean that the scale of our society has become too large, too complex, and too global. We have thousands of news sources, almost all of which are less reliable than the handful we had 40 years ago. We can have nearly anything delivered to our door within 24 hours whether we need it or not. We have outsourced every job we can to Asia, and most what we can’t to machines.

I am reminded of the line by William F. Buckley that “a conservative is someone who stands athwart history yelling, ‘Stop!'” But Buckley was no critic of growth and would not have applied his exhortation to economics. I, on the other hand, think it needs to be applied firstly within economics. In fact, we might define a steady stater as someone who stands athwart the economy, yelling “Stop!” Progress is when the economy finally listens.

Book Review: The Failure of Laissez Faire Capitalism and the Economic Dissolution of the West by Paul Craig Roberts

How to Fix a Household Crisis
6 replies