by Donnie Maclurcan and Jen Hinton 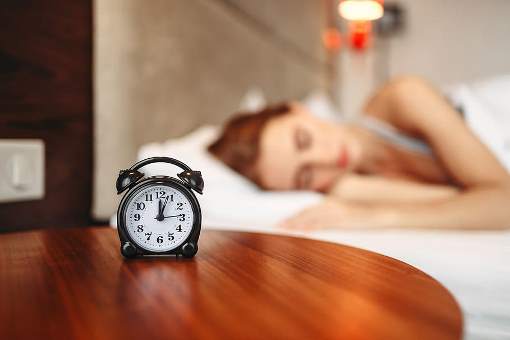 Imagine waking up in a world where you feel good about going to work, no matter the nature of your job. You feel positive and motivated, knowing that your work provides you with a livelihood that also contributes to the wellbeing of others in a way that respects the ecological limits of the planet.

Welcome to Not-for-Profit World, where businesses can still make profits, but any profits are always reinvested for social or organizational benefit, rather than being accumulated privately by individuals. This world emerged because, around 2013, a large number of people came to the realization that any economic system that centralizes wealth and power is, ultimately, socially and ecologically unsustainable. People were fed up with excessive executive salaries, a financial sector divorced from the real world, corporations with more say than people, endless spin from politicians and entrepreneurs about the latest technological “solution,” and the trappings of mindless consumption.

As the mainstream attention on the Occupy movement faded, protesters even started to question whether being fed up was worthwhile.

Then a real alternative emerged. The people already had a business structure that wasn’t centered on creating private profit and concentrating wealth and power; all they had to do was grow the not-for-profit sector, shifting power away from the for-profits. A not-for-profit economy changed the game by decentralizing wealth and power, while maintaining incentives for innovation and increasing people’s desire for meaningful work.

Before 2013, when for-profit enterprise was the main business model, it was contributing to financial inequity and vested interests. This had led to an increase of status anxiety due to drastic differences in material wealth. The majority of people often felt that because they didn’t have as many material possessions as the wealthy classes, among whom the money had been concentrated, they couldn’t be as happy. For some people in the lowest income brackets, this inequality not only meant status anxiety and shame, but even a lack of consumption choices, affecting diet and health. For many, the solution was to consume more of whatever they could afford.

On the global level, this overconsumption went hand-in-hand with production practices that exploited workers in sweatshops to make cheap and plentiful products, while decimating key natural resources. This was clearly unsustainable. As more and more people realized that all forms of capitalism and socialism — grounded in a growth mentality — centralize wealth and power and are therefore unsustainable, they also began to see how a not-for-profit economy offered a way to decentralize power, while maintaining innovation. When a critical mass of people reached this realization and accelerated the shift to the not-for-profit business model, everything started to change for the better.

How on Earth could that be possible?

This scenario of a not-for-profit world is closer to the present reality than you might think. Across numerous countries, the economic contribution of the not-for-profit sector has been on the rise since the late 1990s. In Canada, for example, not-for-profit institutions now contribute 8% of the country’s gross domestic product. This is possible because not-for-profit does not mean “no-profit” or “can’t make a profit.” Not-for-profit actually means not for private profit or not for the primary purpose of making a profit. Across most countries and jurisdictions, not-for-profits can make as much or as little money as they want, they just cannot provide payouts to private individuals from any surplus.

The pioneering work of not-for-profit businesses, from sectors as diverse as construction, manufacturing, banking, hospitality and healthcare, suggests that innovative, sustainable economies, with high levels of employment, can exist without the private profit motive.

Many not-for-profits also understand that generating their own income allows them to fund the good work they do (as opposed to the traditional approach that depends on grants and philanthropy). Take, for example, BRAC, the world’s biggest not-for-profit organization. Since 1972, BRAC has supported over 100 million people through its social development services, but almost 80% of its revenue comes from its own commercial enterprises, including a large-scale dairy and a retail chain of handicraft stores, all of which are run according to a holistic vision of sustainable business.

More importantly, not-for-profit enterprises could regularly outcompete equivalent for-profit businesses in the near future, based on a combination of factors, such as:

The potential exists to achieve sustainability and widespread justice in a not-for-profit world, but we urgently need a good map to show us how to get there. Thankfully the cartographers at the Post Growth Institute are drawing up How on Earth: Flourishing in a Not-For-Profit World by 2050. This will be the world’s first book to explore the prospect of not-for-profit enterprise becoming the central model of local, national and international business.

Business as usual is leading to a social and environmental collapse, but the good news is that, within just a few decades, we can make the switch to business as unusual in which profit for the few has been replaced with shared wealth for all.

Donnie Maclurcan and Jen Hinton are principals at the Post Growth Institute. If you would like to learn more about the How on Earth book project and/or contribute to its development, please visit the crowdfunding campaign page on Indiegogo.com. For an outline of the book’s main ideas, see this 2012 talk by Donnie Maclurcan at the Environmental Professionals Forum.