Last May, New Zealand Prime Minister Jacinda Ardern released a budget to improve the “wellbeing” of citizens rather than focusing on productivity and GDP growth. And, not so coincidentally, New Zealand has one of the best coronavirus outcomes of any democracy in the world. Perhaps this provides a global model to make economic health cohere with health for all life. 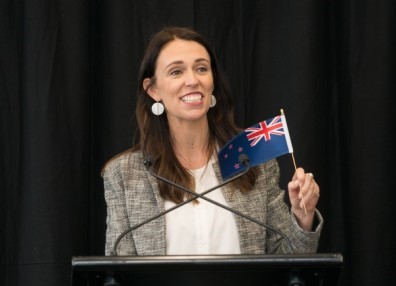 To improve wellbeing, Ardern emphasized goals that focus on care for people and the planet. Goals included community and cultural connection as well as intergenerational equity. Under the policy, new spending had to focus on one of five priorities: improving mental health, reducing child poverty, addressing inequalities of indigenous peoples, thriving in a digital age, and transitioning to a low-emission economy.

While New Zealand isn’t the only country to float the idea of wellbeing over income, it is the first country to make it a reality. Guided by this philosophy, New Zealand is not in a rush to open its economy even as the headlines of a “stock market crash” or a “recession worse than 2008-09” appear in newspapers across the globe. Is Ardern’s example wise? Can we build upon it to further improve life after COVID?

Health and the Economy

In the postwar-capitalist framework, economic “health” became equated to income growth, price stability, and full employment. There are increasingly serious pitfalls to thinking of “health” as a capitalist metaphor rather than a desirable end goal. Using GDP and stock market values as measures of overall economic health made sense in the postwar era, when growth was necessary to improve human wellbeing by raising material living standards. In much of the Global North, it is now necessary to focus instead on improving wellbeing without growing our material footprint. Ardern gestures at this by focusing on mental health, inequality, and poverty, without emphasizing income.

By the postwar logic, human health and wellbeing can be upheld when there is enough money to purchase and provide care. After all, supplies and infrastructure need to be paid for. But as the American and British pandemic strategies have demonstrated, a growing economy in which GDP (or “opening the economy”) is prioritized over general wellbeing doesn’t always improve health outcomes. The USA has one of the highest COVID death rates in the world, and the US infection rate is rising as states open up. Experts on public health and leadership, like those writing in the Gold Bee, suggest that New Zealand’s Ardern provides a system that prioritizes maintaining and improving public health that global leaders should follow.

We can also think of health in the broader sense, i.e., health for nonhuman life. The economy is a trophic system, which means that economic health requires the consumption (i.e., death) of nonhuman life. And presently, growth is occurring on a scale that is unsustainable. Here, too, Ardern doesn’t suggest a transition to degrowth, but she does emphasize the need for a low-emission economy. Her movement away from GDP growth as a metric of economic “health” does provide an opportunity to make economic health cohere with the idea of ecological health: sustaining the power and vitality that supports all life.

One of the other tangible ways in which some have experienced a positive impact to their wellbeing during the pandemic is a temporary reprieve from productivist pressures and workplace stress. As I mentioned in a previous article, the term “capitalism” refers to Max Weber’s “modern Kultur” centering around a code of values for the 20th-century West. In this new economy, the highest virtue became “the making of money and ever more money, without any limit.” Growth-as-prosperity requires a certain level of constant busyness to prop up the outputs for mass consumption and technological improvement rather than human warmth and connection.

As a result of the pandemic, many of us have gained clarity about the things we value most, such as food, health, income security, education, mobility, access to nature, social connection, and public services. An economy designed for wellbeing can prioritize these tangible things rather than assuming that income will deliver them.

How Can We Build on Arden’s Success?

As we seek to cultivate a new normal in which health is prioritized, perhaps New Zealand offers a glimpse of the way forward. The Wellbeing Economy Alliance published a piece by Amanda Janoo and Gemma Bone Dodds that suggests that the COVID-caused “Great Pause,” as it were, provides an opportunity to improve our focus on wellbeing. They provide an argument in four parts: (1) The stock market is not a reflection of our economic reality; (2) We will enter a recession, and that’s okay; (3) Economic policies for a Great Pause; and (4) Building back better. 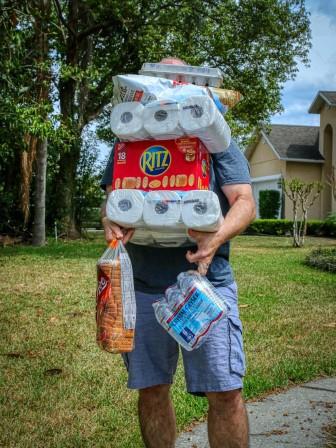 The pandemic has revealed how important it is for basic needs to be met through redistributive cash benefits. (Image: CC0, Credit: Mick Haupt)

With respect to the first two, Janoo and Bone Dodds argue that the stock market can’t possibly predict the future because the future will look starkly different from the past. As a result, trades merely reflect anxiety rather than future prosperity. Secondly, while policymakers are presently fearing a recession—a fall in GDP for two consecutive quarters—inevitably the economy will contract to ensure our collective wellbeing. As they point out, just because the economy contracts, that doesn’t mean our basic needs can’t be met. If anything, this situation has revealed that basic needs might be better met by providing cash benefits (or a universal basic income) where income is redistributed to preserve social solidarity and care. The economy won’t disappear, it will just focus on providing basic needs first. Particularly the ones that our free market sometimes fails to provide for a large part of society.

And to “build back better,” we could examine Ardern’s model and take it one small step further. To focus on health and wellbeing, economic policies should ensure basic needs are met through redistributive mechanisms without trying to balance budgets through austerity measures. Philosophically, this is an opportunity to consider how to live full and meaningful lives without unnecessary excesses. Janoo and Bone Dodds also note that during this time we’ve witnessed how many of our most precarious and poorly-paid workers, including “healthcare workers, farmers, grocery clerks, delivery drivers, and caregivers,” are in fact the most critical for our collective wellbeing.

An economy focused on improving wellbeing is not a distant theoretical idea. The postwar social welfare system helped raise material living standards by improving incomes. But in the 21st century, we have new social and ecological constraints. Ardern has provided a model for the world to refocus on health and wellbeing, and the global pandemic reveals how wise this strategy truly is.

Sliding Down the Slippery Slope: A Truth Too Big for Obama
2 replies