Industries strive incessantly to increase human productivity, often by way of mechanizing or automating tasks. After all, there are limits to purely human energy, strength, and ability. Without more workers, we require technological innovation to overcome these limitations. Fortunately for the pro-growth industries, technology doesn’t earn wages.

Even outside of the workplace, technology takes the place of utilitarian exercise. Long ago, most people hunted and gathered their own food. Later they walked to markets. Nowadays, those of us who don’t drive ourselves to supermarkets can have our pre-packaged groceries delivered to the doorstep.

Our ever-growing, production-driven economy has converted us into sedentary beings. Studies have shown that as countries become wealthier, Body Mass Index (BMI) for the bottom 80 percent of the population worsens while BMI for the richest 20 percent improves. Degrowing to a steady state, then, is likely to yield significant health benefits for (at least) 80 percent of the population.

Part of the path to improving people’s health (and arriving at a steady state economy) includes reclaiming the health-related vocabulary pro-growth economists have monopolized. Adjectives like “healthy” and “robust,” nouns like “recovery,” and verbs like “strengthen” have been reappropriated from the realm of human health for an (ironically) unhealthy economic system. A “robust recovery” in the soft drink industry means an increase in cases of type two diabetes, and the health care industry is “strengthened” when more people are sick. 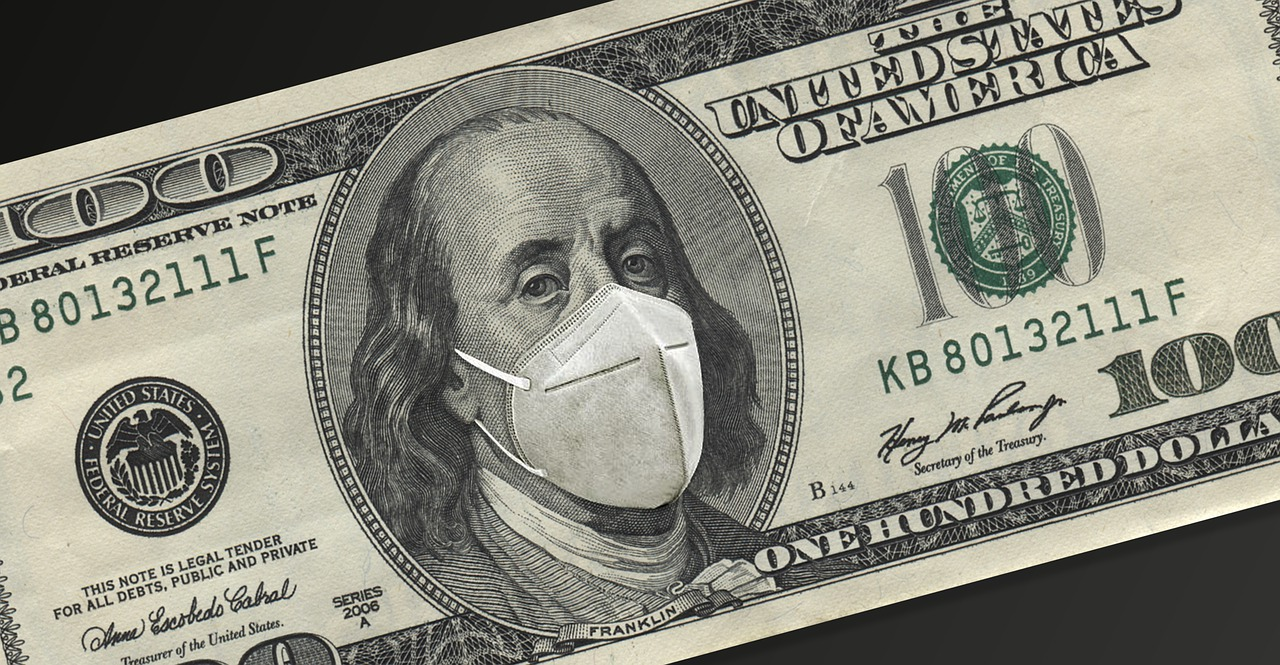 An economy designed for perpetual GDP growth is best described as “sickly.”

We might be better equipped to spread the message that taking a brisk walk outdoors is preferable to driving to a fitness club if we first stop describing the growing economy as healthy. If we can’t reclaim the health-related terminology from economic discourse entirely, the least we can do is call a spade a spade; that is, describe a growing economy as “sickly” and replace terms like “green growth” with “brown bloating.”

To introduce viable alternatives, we need to recapture the language, especially as it relates to utilitarian use of metabolic energy. Otherwise, we can win the battle of logic but still be defeated in the war of words. Reappropriating positive health-related vocabulary for degrowth and steady-state alternatives is a great place to start.

Public transportation seems like enemy number one for GDP strategists, if opinion writers for the Heritage Foundation and the libertarian Cato Institute are the gauge. Yet “active transit” would be an apt phrase for public transportation, with a clear link to public health. When one uses light rail or a bus, it’s necessary to walk to and from the bus stop or rail station on both ends of the commute. It’s fine exercise; as good as any treadmill, and far more stimulating.

In Paris I usually commute by bicycle but using the metro has helped me avoid rush-hour traffic. The brisk walks to and from the metro add 40 minutes of utilitarian exercise, roughly equivalent to the exercise benefit of 50 minutes of biking (the amount it takes for a round trip).

Replacing fossil-fueled machinery with human metabolic energy is a simple step towards degrowing some of the most detrimental industries. The automobile industry, for example, is responsible for approximately 4.5 percent of all jobs in the USA according to pro-car researchers. During a policy debate on public transportation at the Paris Hotel de Ville (City Hall), I witnessed car company lobbyists warning that if the municipality curtailed car use, the economy would suffer. (When called out on fossil fuels, they flashed their trump card: the electric car.) 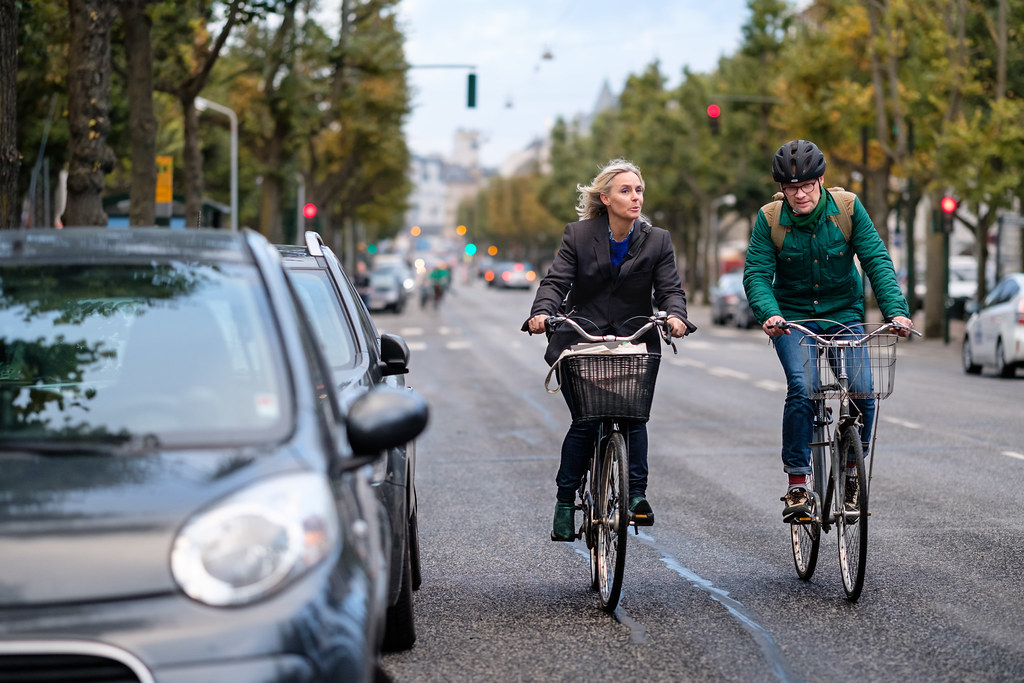 Trading fossil power for human power is a step towards a truly healthy economy. (CC BY 2.0, Kristoffer Trolle)

In other words, these lobbyists believe (or would have us believe) we should rejoice at the opportunity to sit immobilized behind the wheel during a traffic jam because we are “lifting” GDP. Yes, in GDP parlance, we can now lift while remaining inactive.

The CDC has attempted to counteract such lobbyists by explaining what would happen if we kept our cars parked for trips under a mile. The answer is startling. Car trips under a mile equate to 10 billion miles per year in the USA. If Americans traveled half of these trips on foot, the result would be the equivalent of taking 400,000 cars off the road each year. The “health” of the automotive and oil industries would diminish as the health of the American people improves, all while saving drivers $900 billion.

A study cited by the CDC found that eliminating car trips under five miles (round-trip) in urban Illinois, Indiana, Michigan, Minnesota, Ohio, and Wisconsin would result in nearly $5 billion in health benefits from improved air quality. The same study estimated that if half of these car trips were bike trips, $4 billion in healthcare costs could be saved—along with well over a thousand lives.

Another segment of the economy that contributes heavily to GDP with malignant results for our personal health is the food industry, from farming to food services. “Agriculture, food, and related industries contributed $1.055 trillion to the U.S. gross domestic product (GDP) in 2020, a 5.0-percent share.” The industries also “contributed” to a “healthy” dose of obesity. 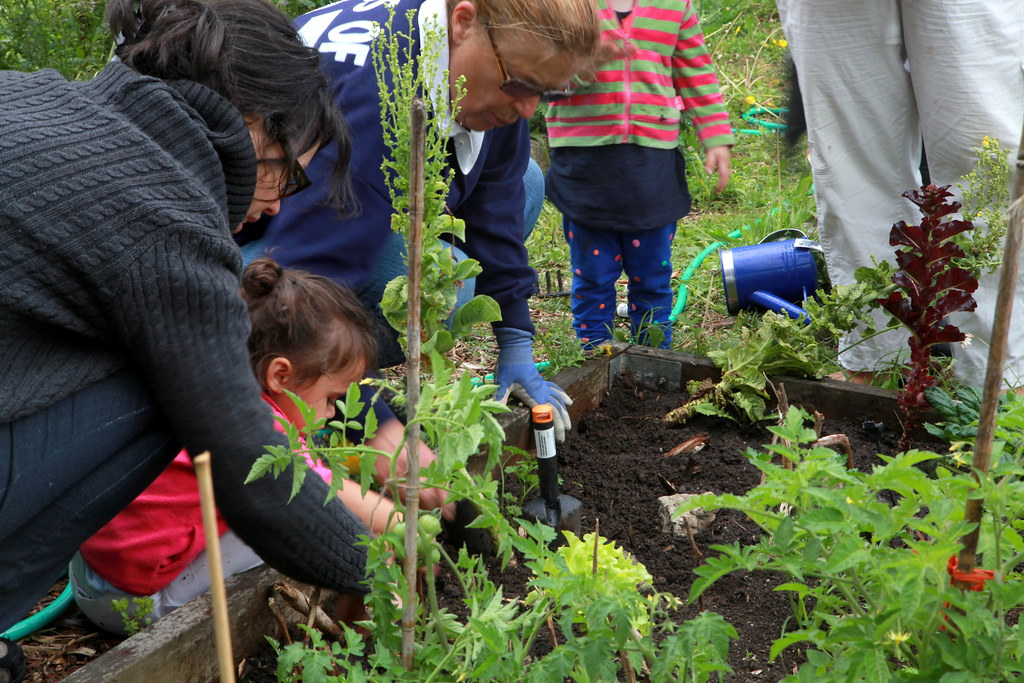 What could be better than walking to the grocery store? Participating in a community garden! (CC BY 2.0, d-olwen-dee)

With a healthy dose of human energy, we can grow our own food while staying trim. Local gardening can reduce the role of fossil fuels in food distribution, too. The average tomato travels more than 1,300 miles from farm to supermarket. We can do better than that. Plus, the result for public health would be significant beyond obesity concerns: fresher, nutritious food; revitalized bodies; and fewer trips to the doctor. The more families that do their own gardening and composting, the bigger the hit taken by the food industry and GDP—and the better our health.

Like walking and cycling, gardening isn’t just healthy, it’s satisfying and enfranchising. Many cities have nonprofit organizations that help homeowners convert their lawns into gardens. Even apartment dwellers can participate in community gardens sprouting up in smart American cities and common around the world. These vibrant spaces combine active living with social connectivity.

Who would have thought that the very language of health would be siphoned away from human beings and applied to GDP? Who would have thought that we’d reach a point in history where walking, bicycling, and gardening would become acts of rebellion? I am not an economist, but I suspect that when we use our own metabolic energy in utilitarian tasks, the vast majority of us will be healthier and happier while GDP declines.

Mark Cramer is the author of Old Man on a Green Bike: Chronicles of a Self-Serving Environmentalist.