Recently a member of a mailing list for resource economists asked how to value endangered species given that they are not bought and sold in markets. A common method is to infer prices (“existence values”) by indirect methods such as answers to surveys (e.g., “How much would you be willing to pay to keep tigers from going extinct?”). An issue raised in the online discussion was whether species grow more valuable as they become more scarce and their numbers fall toward zero. If prices keep changing, what is the “right” price?

Thought experiment: suppose a keystone species is about to go extinct, but few people know about the threat. Oh, heck, let’s be more realistic. Leading ecological authorities believe that the effects of climate change will drive 1/3 or more of the world’s species to extinction by 2100 with unpredictable system-wide effects. Meanwhile, the owners of $17 trillion of fossil-fuel reserves are spending hundreds of millions of dollars to convince the public that the threats from climate change are overstated or non-existent (See Bill McKibben’s Rolling Stone article or Oreskes and Conway’s Merchants of Doubt).

How can we have any idea about fundamental values (that is, “correct” utility-maximizing efficient market prices) with so much misinformation floating around? Advertising creates a set of consumption preferences tilted towards items sold by companies more concerned about profits than benefits to society.

Prices depend on preferences, and preferences depend on information. Knowledge of the unhealthy and even fatal effects of smoking changed preferences about and prices of tobacco. Such changes would also occur over time as people gain knowledge about the threats of extinction and climate change.

By similar means, misinformation and strategic uncertainty lead to mispricing. If such mispricing in the carbon market continues, the predicted result is a “tragedy of the commons” (collective irrationality, market failure) with features like Miami, Washington, DC, and Los Angeles ending up below sea level, mass species extinctions, crop failures, etc.

Economic systems are complex, and many external costs and benefits are not factored into prices or people’s decisions in the market. Time lags add to the complexity. What if it will take 2,000 years before climate change makes the planet too hot for human life? Such a time lag makes it harder to come to the best decision about whether to build a new coal-fired power plant.

Species extinctions may be portents of broader problems (e.g., climate change), akin to canaries in a coal mine. The same factors driving them extinct — various impacts of growing human populations and economies — may be driving us extinct in the longer run. Does it make sense to value threatened species without considering the linkage to these other related problems? An endangered species itself might be worth $1, yet the factors driving it toward extinction might cause $100,000 worth of damage over the long run, or maybe even infinite damage from our point of view if extinction extends to humans. We need a better benefit-cost picture — a larger, genuine, and more complete accounting.

Another major problem with prices is that they only reflect the preference of those who hold power in markets. Perhaps polar bears should have standing when it comes to determining prices. They are intelligent, sentient beings with the most at stake when ice melts, so maybe their preferences ought to be factored into decisions about the Keystone Pipeline and exploitation of tar sands oil. What about future generations? Nobel Prize winner Joseph Stiglitz called this problem “incomplete markets” leading to market failure and universal mispricing.

There are some things markets do very well, but only if the institutional framework (rules of the game) ensures that prices reflect all costs and benefits. Laws, lobbying, culture, taxes, regulations — all kinds of institutions collectively created by societies — have enormous influences on market prices or even the existence of markets. So, to some degree, through these institutions, we choose price levels through a “visible hand” of policies and institutions. Stiglitz points out that the deregulation policies that led to the Global Financial Crisis of 2008 did not come out of nowhere, but rather from intense lobbying by stakeholders at banks and other people whose profits were restricted by regulations — a situation in which prices were set by something like a visible-policy hand instead of the invisible hand of the market.

Because of the difficulty of getting prices right, we might do better to regard creation as sacred and take the conservative position of Aldo Leopold who said, “The first rule of intelligent tinkering is to save all the parts.”

Valuations always depend on preferences. Economists call prices “revealed preferences.” If we “prefer” to settle for a world without many wonderful creatures, then we won’t attach much worth to them. But if we value them for their intrinsic beauty and their relationship to us (we do share DNA with every living thing), then we’ll attach more worth to them. So rather than measuring values, perhaps we should be trying to create value by improving preferences.

Examples of worldwide mispricing and market failures that need institutional corrections include:

Most economics students are still taught that following market price signals leads to the best of all possible worlds (market efficiency and maximum aggregate utility). But the examples of under- and over-valuation contained in the short list above suggest that humanity is headed for trouble if we choose to let market prices and self-interested institutions’ manipulation of prices control outcomes. The markets we rely on fail to generate utility-maximizing prices for goods and services and for the future of humanity. Thinking of ourselves as an endangered species, what is it worth to keep us alive?

Max Kummerow has a Ph.D. in urban and real-estate economics.  He is currently studying population issues in Perth, Australia. 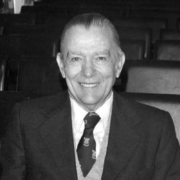 “Driving” the Growth of Local Economies: Farming or Financing?

Enough: The Central Concept in Economics
Scroll to top
$