Various subjects compete for this week’s Daly News, coming on the heels of the Eastern Economic Association conference in Philadelphia. “Forty Shades of Green” comes to mind, with all that we hear these days about “greening” the economy. Green jobs, green technology, green sectors… even “green growth.”

Sure enough, at the outset of the EEA conference was a talk on “Green Consumerism.” However, I took special note of the subtitle, “A Path to Sustainability?” The most noteworthy part was the question mark. In a political economy seemingly drunk on green beer, the question mark suggested some sobering skepticism.

I wondered if the question mark was just a typo. After all, this was a conference of professional economists, widely known for denying any conflict between economic growth and environmental protection. Yet the authors, Paula Cole and Valerie Kepner, described in some detail the inanity of spending our way into a sustainable economy, as well as the shenanigans pulled with the word “green.” They questioned the use of “green” to describe any kind of consumption. They concluded that “greening” an economy really entailed a lessening of consumption.

So maybe it’s time to employ another portion of the color spectrum in reference to economic growth. If green sends the wrong message, perhaps “brown” is the word. Instead of green growth, brown bloating.

Some consumable goods are less brown than others – think Honda vs. Hummer – but even a unicycle requires natural resources for its production. Manufacturing the unicycle entails pollution, too. It just doesn’t square to call an expanding unicycle sector a “green” phenomenon. Even compared to Hummers, unicycles are less brown, not green.

The service sectors fit in with the browning process of economic growth. From driving trucks (quite a brown service) to answering phones (less brown, on the surface), material inputs and pollution are part of the deal. We also have to remind our green beer-drinking friends that much of the phone answering is in service to the trucking sector. In more general terms, the “information economy” is an economy where growing quantities of information feed the already-brown sectors. If we don’t remember this, the Green Sheen Machine will continue to get away with talk of “de-materializing” the economy, lulling citizens and policy makers into leaving environmental concerns for tomorrow, while we experiment with “greening” our growth today.

We shouldn’t be surprised if they start talking about “green population growth” for green jobs and green consumerism. After all, cheaper labor and more consumers is what the corporate marketer wants. So we also have to remind our green-beer guzzlers that Hummer drivers and unicycle riders alike – indeed any producer or consumer of any good or service – must be fed, clothed, and sheltered. Population growth, which is often encouraged or defended for the sake of economic growth, entails the production and consumption of more food, clothing, and shelter. It’s not always and everywhere bad, but it’s never, nowhere green.

What about technological progress? The development of new technology in the brownest sectors might slow the slide toward dirty-coal black, but it doesn’t move us to the green part of the spectrum. That is because of the overlooked, tight linkage of research and development with economic growth at pre-existing, admittedly brown levels of technology. This ballooning, brownward spiral is more fully described here. New technology can be a very good thing, but in the service of economic growth, it does no better than lessen the rate of browning.

But back to the Eastern Economic Association… Although I was right about the intent of Cole and Kepner, I turned out to be wrong about many other authors at the conference. I thought that, aside from a few strays, they would all be pumping their growth fists, “green” or not. Instead, almost all of the economists I spoke with – and I spoke with dozens – agreed that there is in fact a fundamental conflict between economic growth and environmental protection! These were professional economists, economics professors, and top-notch grad students in economics. They agreed that in large, wealthy economies, a steady state economy has become a more appropriate goal than economic growth.

“Prove it,” you say? I’ll do just that, next month in The Daly News. 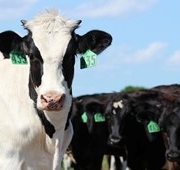 The Higgs Boson and the Steady State Economy