When I was in graduate school in economics in the early 1960s, we were taught that capital was the limiting factor in growth and development. Just inject capital into the economy and it would grow. As the economy grew, you could then re-invest the growth increment as new capital and make it grow exponentially. Eventually, the economy would be rich. Originally, to get things started, capital came from savings, confiscation, or from foreign aid or investment, but later out of the national growth increment itself. Capital embodied technology is the source of its power. Capital was magic stuff, but scarce. It all seemed convincing at the time.

Because of the lack of bankable projects to absorb the available financial capital, the World Bank created “country development team projects” in the latter half of the twentieth century. (Image: CC0, Credit: ChuckTBaker).

Many years later when I worked for the World Bank, it was evident that capital was no longer the limiting factor, if indeed it ever had been. Trillions of dollars of capital were circling the globe looking for projects in which to become invested so it could grow. The World Bank understood that the limiting factor was what they called “bankable projects”—concrete investments that could embody abstract financial capital and make its value grow at an acceptable rate, usually ten percent per annum or more, doubling every seven years. Since there were not enough bankable projects to absorb the available financial capital, the World Bank decided to stimulate the creation of such projects with “country development teams” set up in the borrowing countries, but with World Bank technical assistance. No doubt many such projects were useful, but it was still hard to grow at ten percent without involuntarily displacing people or running down natural capital and counting it as income, both of which were done on a grand scale. And the loans had to be repaid. Of course, they did get repaid, frequently not out of the earnings of the projects which were often disappointing, but out of the general tax revenues of the borrowing governments. Lending to sovereign governments with the ability to tax greatly increases the likelihood of being repaid—and perhaps encourages a bit of laxity in approving projects.

Where did all this excess financial capital come from? Not from savings (China excepted), but from new money and easy credit generated by our fractional reserve banking system, amplified by increased leverage in the purchase of stocks. Recipients of new money bid resources away from existing uses by offering a higher price. If there are unemployed resources and if the new uses are profitable, then the temporary rise in prices is offset by new production—by growth. But resource and environmental scarcity, along with a shortage of bankable projects, put the brakes on this growth and resulted in too much financial capital trying to become incarnate in too few bankable projects.

So the World Bank had to figure out why its projects yielded low returns. The answer sketched above was ideologically unacceptable because it hinted at ecological limits to growth. A more acceptable answer soon became clear to World Bank economists—micro-level projects could not be productive in a macro environment of irrational and inefficient government policy. The solution was to restructure the macro economies by “structural adjustment”—free trade, export-led growth, balanced budgets, strict control of inflation, elimination of social subsidies, deregulation, and suspension of labor and environmental protection laws—the so-called “Washington Consensus.” How to convince borrowing countries to make these painful “structural adjustments” at the macro level to create the environment in which the World Bank financed projects would be productive? The answer was, conveniently, a new form of lending, structural adjustment loans, to encourage or bribe the policy reforms stipulated by the term “structural adjustment.” An added reason for structural adjustment, or “policy lending,” was to move lots of dollars quickly to countries like Mexico to ease their balance of payments difficulty in repaying loans they had received from private U.S. banks. Also, policy loans, now about half of World Bank lending, require no lengthy and expensive project planning and supervision the way project loans do. The money moves quickly. The World Bank definition of efficiency became, it seemed, “moving the maximum amount of money with the minimum amount of thought.”

Why one might ask, would a country borrow money at interest to make policy changes that it could make on its own without any loans if it thought the policies were good ones? Maybe they did not really favor the policies, and therefore needed a bribe to do what was in their own best interests. Maybe the goal of the current borrowing government was simply to get the new loan, splash the money around among friends and relatives, and leave the next government to pay it back with interest. 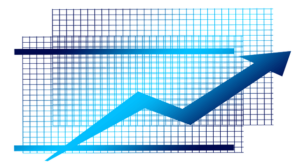 The purpose of these projects by the World Bank was to foster growth by injecting capital and increasing the debtor countries’ capacity to absorb capital from outside. (Image: CC0, Credit: geralt).

Such thoughts got little attention at the World Bank which was haunted by the specter of an impending “negative payments flow,” that is, repayments of old loans plus interest greater than the volume of new loans. Would the World Bank eventually shrink and disappear as unnecessary? A horrible thought for any bureaucracy! But the alternative to a negative payment flow for the World Bank is ever-increasing debt for the borrowing countries. Of course, the World Bank did not claim to be in the business of increasing the debt of poor countries. Rather it was fostering growth by injecting capital and increasing the debtor countries’ capacity to absorb capital from outside. So what if the debt grew, as long as the GDP was growing? The assumption was that the real sector could grow as fast as the financial sector—that physical wealth could grow as fast as monetary debt.

The main goal of the World Bank is to make loans, to push the money out the door, and to be a money pump. If financial capital were really the limiting factor, countries would line up with good projects and the World Bank would ration capital among countries. But financial capital is superabundant and good projects are scarce, so the World Bank had to actively push the money, to speed up the pump they send country development teams out to invent projects. If the projects fail, then they invent structural adjustment loans to induce a more favorable macro environment. If structural adjustment loans are treated as bribes by corrupt borrowing governments, the World Bank does not complain too much for fear of slowing the money pump and incurring a “negative payments flow.”

If capital is no longer the magic limiting factor whose presence unleashes economic growth, then what is it?

“Capital,” says Frederick Soddy, merely means “unearned income divided by the rate of interest and multiplied by 100” (Cartesian Economics, p. 27). He further explains that “[a]lthough it may comfort the lender to think that his wealth still exists somewhere in the form of ‘capital,’ it has been or is being used up by the borrower either in consumption or investment, and no more than food or fuel can it be used again later. Rather it has become debt, an indent on future revenues…”

In other words, capital in the financial sense is the future expected net revenue from a project divided by the rate of interest and multiplied by 100. Rather than magic stuff, it is an indent, a lien, on the future real production of the economy—in a word it is a debt to be repaid, or alternatively, and perhaps preferably, to not be repaid but kept as the source of interest payments far into the future.

Of course, debt is incurred in exchange for real resources to be used now, which as Soddy says cannot be used again in the future. But if the financed project can extract more resources employing more labor in the future to increase the total revenue of society, then the debt can be paid off with interest and with some of the extra revenue left over as profit. But this requires an increased throughput of matter and energy, and increased labor—in other words, it requires physical growth of the economy. Such growth in yesterday’s empty-world economy was reasonable—in today’s full-world economy, it is not. It is now generally recognized that there is too much debt worldwide, both public and private. The reason so much debt was incurred is that we have had absurdly unrealistic expectations about growth. We never expected that growth itself would begin to cost us more than it was worth, making us poorer, not richer. But it did. And the only solution our economists, bankers, and politicians have come up with is more of the same! Could we not at least take a short time-out to discuss the idea of a steady state economy?