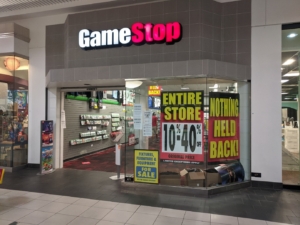 Over the last week of January, it was hard to miss the headlines: “Reddit vs Wall Street,” “Reddit Sparks Wall Street Crisis,” “The Reddit Traders Who Took On Wall Street’s Elite.” The GameStop phenomenon, fueled by the Reddit forum “WallStreetBets,” was pitched as a David vs Goliath story where a group of ordinary citizens took on the elites and won. Though the impact of last week’s events may be limited in scope, it illustrates some key lessons for steady staters about the volatility of a growth-at-all-costs economy and the power of true grassroots social movements.

For many of us, the week of news served as a crash course in the workings of Wall Street. In simple terms, the GameStop story rose from the practice of “short-selling.” This is a form of stock-trading where an investor aims to make money by correctly predicting when a stock will drop in price. In effect, the investor loans stock from their broker, buying it on the promise that they will sell it back. Immediately upon purchasing the stock, the investor sells it on, hoping to buy it back at a lower price once the value has fallen.  Assuming the stock does drop in price, the investor will pocket the difference between the stock’s original and current value when they eventually sell it back to the broker. 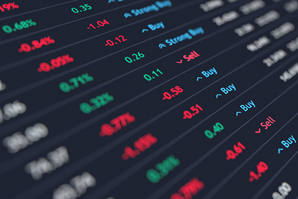 The GameStop saga was a “crash course” in the workings of Wall Street. (Image: CC BY-NY 4.0, Credit: QuoteInspector)

The problem is that if the stock rises in value, the investor is still obligated to buy it back and return it to their broker. This means there is an amplified risk to short-selling, as theoretically the stock could rise in value forever. In other words, it is possible for investors to lose huge amounts of money. Hedge funds—an elitist form of investment available only to a limited number of accredited investors and requiring large initial investments—often engage in short-selling. Users on the subreddit WallStreetBets cottoned onto this.

On discovering that a hedge fund, Melvin Capital, had staked a lot on shares in GameStop falling, WallStreetBets members encouraged each other to buy GameStop stock. With so many people investing in the company the share price steadily grew from just $18 at the start of January to a peak of $450. As a result, Melvin Capital—forced to settle their short-selling debt—incurred losses of $7 billion.

The Risks of the “Growth-At-All-Costs” Economy

Though a striking news story, the civic action element of the WallStreetBets phenomenon is limited. They made an example of Melvin Capital, but targeting one specific hedge fund won’t bring down a financial system stacked in favor of big corporations and endless growth. This was made starkly clear by how quickly stock-trading apps like Robinhood moved to prevent users from buying more stock in GameStop.

However, the short-selling saga does lend us some handy metaphors pertinent to the growth-at-all-costs economy. The stock market, like the economies in countries such as the USA and my native UK, is volatile. It rises and falls with external influences and pressures. Trying to play it for profit involves inherent risk.

Governments that subscribe to the growth-at-all-costs ideology are running their economies like stock traders. The end goal is the same, in that there isn’t one. There is no target amount at which, satisfied, they can take their profits and run. The goal is to keep that profit going, indefinitely, like a gambler who keeps betting their winnings.

There are two problems with this. First, to many of us, that growth isn’t real. We don’t feel its benefits. We are just told that GDP is larger today than it was yesterday.  In the same way that profits from stock-trading aren’t real until the stock has been sold, the profits of economic growth aren’t real until they make our lives better. The benefits of economic growth are not distributed equitably. If economic growth really does trickle down to those who need it most, then how come food bank usage in the UK has increased every year since the 2008 financial crash? The addiction to growth distracts policymakers from what is actually important for human wellbeing: access to nature, time to destress, time to socialize.

Matthew McConaughey’s deranged character in The Wolf of Wall Street sums up the role of the stock-broker: “Keep the client on the Ferris wheel, and it goes, the park is open 24/7, 365. Every decade, every goddamn century.”

Our growth-obsessed governments are stuck on the Ferris wheel, pursuing a fantasy goal that remains forever just out of reach. Until we learn to be content with enough, we’ll keep spinning around on a crazy ride to nowhere. 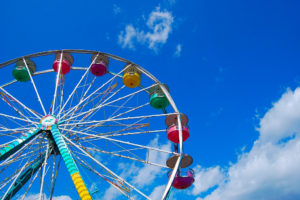 The second problem with running an economy like a stock trader is that sometimes you lose. At its simplest, the loss can be purely economic, just as the loss can be purely financial for the stock trader. Other losses are not so measurable. Growth stunts our environment, but in ways that take years to assess and are easily ignored. Impacts of growth on health and wellbeing also go unmeasured. Instead of measuring such costs, our governments act like short-sellers, risking all for a gain that means nothing when it is used to serve the Ferris wheel of growth and not citizens.

If the parallels between the stock market and our current economic model are somewhat alarming, then there is some hope to be found in the way WallStreetBets managed to mobilize such a large number of people in such a short amount of time. Of course, the steady-state cause is far more complex than bringing down a hedge fund to prove a point. But there are some lessons we can learn about grassroots campaigning in the modern age.

The GameStop surge was the result of a genuine bottom-up grassroots campaign. It was a leaderless endeavor, powered by social media and the collectivism such media facilitate. It had no direct influence from a think tank or an organizing body, but rather was a spontaneous act by like-minded citizens.

How can this be applied to advancing the steady state economy?

Firstly, it shows that we must engage, be that online or in our daily lives, on an individual level. Communicating steady-state ideas cannot be the sole responsibility of the official communication channels of campaign groups; it has to come from all of us who believe in it.

Secondly, it shows the importance of building communities. In order to do that, I think it is important to link steady-state ideas to a more graspable cause. The GameStop surge came from a broad resentment for Wall Street. It was an anti-establishment drive.  Might the steady-state movement benefit from associating itself with a similar approach?

The beauty of the steady-state movement is that it has the potential to appeal to people with a broad range of passions. Environmental groups might be persuaded by the environmental protection the steady state economy provides. Anti-establishment thinkers might see it as a radical challenge to the status quo. Socialists might view it as an opportunity for a more equitable society. In order to sow the seeds of a true grassroots movement for the steady state economy, we must embrace the different ideologies that lead people to the conclusion that the current economic model is broken. People can already see the problems; the challenge is to persuade them that the steady state economy is the solution.

As well as a clear motivating factor, the GameStop surge also had a clear and simple goal. This might be somewhat harder for our movement to find. However, grassroots action could take the form of drives to reduce consumption (for example, the “Buy Nothing Day” protest against Black Friday), or focusing on particular legislation (such as the EU Environment Committee’s call for a “circular economy” and CASSE’s pitch for the Full and Sustainable Employment Act). We need to find specific smaller goals that aid the steady-state position.

The GameStop story shows us that citizens coming together to express discontent towards the current economic model can yield results. If we can nudge people in the right direction, the next target of mass-mobilized grassroots action could be the growth-at-all-costs mindset.

James MacGregor Palmer is a CASSE Research Fellow in International Journalism at the University of Stirling.

Is the Steady State Progressive?
Scroll to top
$