A green economy is an economy that imitates green plants as far as possible. Plants use scarce terrestrial materials to capture abundant solar energy, and are careful to recycle the materials for reuse. Although humans are not able to photosynthesize, we can imitate the strategy of maximizing use of the sun while economizing on terrestrial minerals, fossil fuels, and ecological services. Ever since the industrial revolution our strategy has been the opposite. Fortunately, as economist Nicholas Georgescu-Roegen noted, we have not yet learned how to mine the sun and use up tomorrow’s solar energy for today’s growth. But we can mine the earth and use up tomorrow’s fossil fuels, minerals, and waste absorption capacities today. We have eagerly done this to grow the economy, but have neglected the fact that the costs of doing so have surpassed the benefits—that is to say, growth has actually become uneconomic. 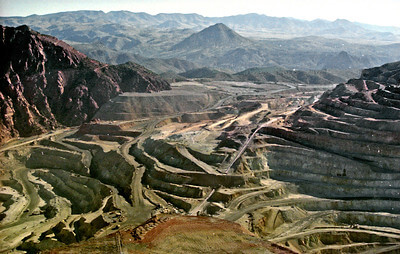 In spite of the fact that green plants have no brains, they have managed to avoid the error of becoming dependent on the less abundant source of available energy. A green economy must do likewise—seek to maximize use of the abundant flow of solar low entropy and economize on the scarce stock of terrestrial low entropy. Specifically, a green economy would invest scarce terrestrial minerals in things like windmills, photovoltaic cells, and plows (or seed drills)—not squander them on armaments, Cadillacs, and manned space stunts. A green economy can be sufficient, sustainable, and even wealthy, but it cannot be a growth-based economy. A green economy must seek to develop qualitatively without growing quantitatively—to get better without getting bigger.

There is another kind of green economy that seeks to be green after the manner of greenback dollars, rather than green plants. Green dollars, unlike green plants, cannot photosynthesize. But dollars can miraculously be created out of nothing and grow exponentially at compound interest in banks. However, Aristotle noted that this kind of growth is very suspect, because money has no reproductive organs. Unlike green plants, green money seeks to grow forever in the realm of abstract exchange value, even as we encounter limits to growth in the realm of the concrete use values for which money is supposed to be an honest token and symbol.

Recently we have grown, or rather “swollen,” by expanding the symbolic realm of finance. Debt is a mere number (like negative pigs) and can easily grow faster than the real wealth (positive pigs), by which it is expected to be redeemed. Wall Street has bought and sold an astronomical number of negative pigs-in-a-poke—they have “sold bets on debts and called them assets,” as Wendell Berry succinctly put it. We have recently experienced the failure of this fraudulent attempt to force expansion. Yet we have so far been unable to imagine any policy other than restarting the old growth economy for another round. After the next crisis we should try to avoid the Ponzi scheme of growth and build a steady state economy—a green economy that is sustainable, just, and sufficient for a good life.