In yesteryear’s empty world, capital was the limiting factor in economic growth. But we now live in a full world. 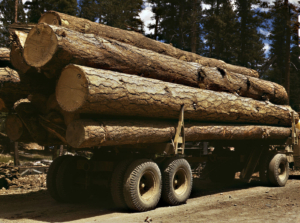 The number of standing forests and their rate of growth limit the production of cut timber because we live in a resource-constrained world. (Image: CC0, Credit: Russell Lee).

Consider this: What limits the annual fish catch—fishing boats (capital) or remaining fish in the sea (natural resources)? Clearly the latter. What limits barrels of crude oil extracted—drilling rigs and pumps (capital), or remaining accessible deposits of petroleum—or capacity of the atmosphere to absorb the CO2 from burning petroleum (both natural resources)? What limits the production of cut timber—number of chain saws and lumber mills, or standing forests and their rate of growth? What limits irrigated agriculture—pumps and sprinklers, or aquifer recharge rates and river flow volumes? That should be enough to at least suggest that we live in a natural resource-constrained world, not a capital-constrained world.

Economic logic says to invest in and economize on the limiting factor. Economic logic has not changed; what has changed is the limiting factor. It is now natural resources, not capital, that we must economize on and invest in. Economists have not recognized this fundamental shift in the pattern of scarcity. Nobel Laureate in chemistry and underground economist, Frederick Soddy, predicted the shift 80 years ago. He argued that mankind ultimately lives on current sunshine, captured with the aid of plants, soil, and water. This fundamental permanent basis for life is temporarily supplemented by the release of trapped sunshine of Paleozoic summers that is being rapidly depleted to fuel what he called “the flamboyant age.” So addicted are we to this short-run subsidy that our technocrats advocate shutting out some of the incoming solar energy to make more thermal room for burning fossil fuels! These educated cretins are also busy chemically degrading the topsoil and polluting the water while tinkering with the genetic basis of plants, all toward the purpose of maximizing short-run growth. As Wes Jackson says, agricultural plants now have genes selected by the Chicago Board of Trade, not by fitness to the ecosystem of surrounding organisms and geography.

What has kept economists from recognizing Soddy’s insight? An animus against dependence on nature and a devotion to dominance. This basic attitude has been served by a theoretical commitment to factor substitutability and a neglect of complementarity by today’s neoclassical economists. In the absence of complementarity, there can be no limiting factor—if capital and natural resources are substitutes in production, then neither can be limiting—if one is in short supply you just substitute the other and continue producing. If they are complements, both are necessary and the one in short supply is limiting.

Economists used to believe that capital was the limiting factor. Therefore they implicitly must have believed in complementarity between capital and natural resources back in the empty-world economy. But when resources became limiting in the new full-world economy, rather than recognizing the shift in the pattern of scarcity and the new limiting factor, they abandoned the whole idea of limiting factor by emphasizing substitutability to the exclusion of complementarity. The new reason for emphasizing capital over natural resources is the claim that capital is a near-perfect substitute for resources.

William Nordhaus and James Tobin were quite explicit:

The prevailing standard model of growth assumes that there are no limits on the feasibility of expanding the supplies of nonhuman agents of production. It is basically a two-factor model in which production depends only on labor and reproducible capital. Land and resources, the third member of the classical triad, have generally been dropped. . .the tacit justification has been that reproducible capital is a near perfect substitute for land and other exhaustible resources.[1] 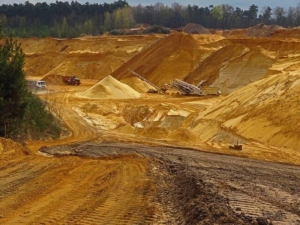 In capitalism, capital acts as the limiting factor rather than natural resources. Neoclassical economics denies the dependence on nature. (Image: CC0, Credit: Jan-Mallander).

The absurdity of the claim that capital and natural resources are good substitutes has been further demonstrated by Georgescu-Roegen in his fund-flow theory of production. It recognizes that factors of production are of two qualitatively different kinds: (1) Resource flows that are physically transformed into flows of product and waste; and (2) capital and labor funds, the agents or instruments of transformation that are not themselves physically embodied in the product. If one finds a machine screw or a piece of a worker’s finger in one’s can of soup, there is a reason for a lawsuit, not a confirmation of the metaphysical notion that capital and labor are somehow “embodied” in the product!

There are varying degrees of substitution between different natural resource flows and between the funds of labor and capital. But the basic relation between resource flow on the one hand, and capital (or labor) fund on the other, is complementarity. Efficient cause (capital) does not substitute for material cause (resources). You can’t bake the same cake with half the ingredients no matter if you double or triple the number of cooks and ovens. Funds and flows are complements.

It is now generally recognized, even by economists, that there is far too much debt worldwide, both public and private. The reason so much debt was incurred is that we have had absurdly unrealistic expectations about the efficacy of capital to produce the real growth needed to redeem the debt that is “capital” by another name. In other words, the debt that piled up in failed attempts to make wealth grow as fast as debt is evidence of the reality of limits to growth. But instead of being seen as such, it is taken as the main reason to attempt still more growth by issuing more debt, and by shifting bad debts from the balance sheet of private banks to that of the public treasury, in effect monetizing them.

The wishful thought leading to such unfounded growth expectations was the belief that by growth, we would cure poverty without the need to share. As the poor got richer, the rich could get still richer! Few expected that aggregate growth itself would become uneconomic and would begin to cost us more than it was worth at the margin, making us collectively poorer, not richer. But it did. In spite of that, our economists, bankers, and politicians still have unrealistic expectations about growth. Like the losing gambler, they try to get even by betting double or nothing on more growth.

Could we not take a short time-out from growth roulette to reconsider the steady state economy? After all, the idea is deeply rooted in classical economics, as well as in physics and biology. Perpetual motion and infinite growth are not reasonable premises on which to base economic policy.

At some level, many people surely know this. Why then do we keep growth as the top national priority? First, we are misled because our measure of growth, GDP, counts all “economic activity” thereby conflating costs and benefits, rather than comparing them at the margin. Second, the cumulative net benefit of past growth is a maximum at precisely the point where further growth becomes uneconomic (where declining marginal benefit equals increasing marginal cost), and past experience ceases to be a good guide to the future in this respect. Third, because even though the benefits of further growth are now less than the costs, our decision-making elites have figured out how to keep the dwindling extra benefits for themselves, while “sharing” the exploding extra costs with the poor, the future, and other species. The elite-owned media, the corporate-funded think tanks, the kept economists of high academia, and the World Bank—not to mention Gold Sacks and Wall Street—all sing hymns to growth in perfect unison and bamboozle average citizens.

What is going to happen?