In a previous essay, I identified eight fallacies about growth. Well, at the risk of starting a growth industry, here are three more.

1. As natural resources become scarce, we can substitute capital for resources and continue to grow.

Growth economists assume a high degree of substitutability between factors of production. But if one considers a realistic analytic description of production, as given in Georgescu-Roegen’s fund-flow model, one sees that factors are of two qualitatively different kinds: (1) Resource flows that are physically transformed into flows of product and waste and (2) capital and labor funds, the agents or instruments of transformation that are not themselves physically embodied in the product. There are varying degrees of substitution between different resource flows and between the funds of labor and capital. But the basic relation between resource flow on the one hand, and a capital (or labor) fund on the other, is complementarity. You cannot bake a 100 pound cake with only one pound of ingredients, no matter how many cooks and ovens you have. Efficient cause (capital) does not substitute for material cause (resources). Material cause and efficient cause are related as complements, and the one in short supply is limiting. Complementarity makes possible the existence of a limiting factor, which cannot exist under substitutability. In yesterday’s empty world the limiting factor was capital; in today’s full world remaining natural resources have become limiting. 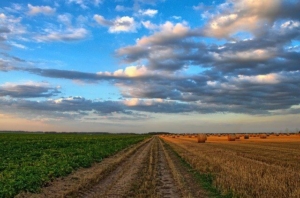 2. Space, the high frontier, frees us from the finitude of Earth and opens unlimited resources for growth.

In a secular age where many have lost faith in the spiritual dimension of existence and where the concept of “man as creature” is eclipsed by that of “man as creator,” it is to be expected that science fiction might be called on to fill the dead void of space with a happy population of “survivors.” The spiritual insights of millennia are replaced by technocratic projections of the “Singularity” in which mankind attains the final goal of (random?) evolution and becomes a new and immortal species, thanks to the salvific power of exponential growth in information processing technology. Moore’s Law promises eternal silicon-based life for the new elect who can stay alive until the Singularity; oblivion for those who die too soon! And this comes from materialists who think that they have outgrown religion! 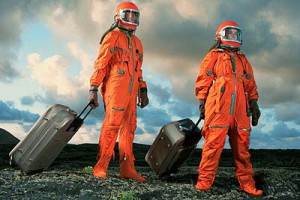 Of course, many technical space accomplishments are real and impressive. But how do they free us from the finitude of the earth and open up unlimited resources for growth? Space accomplishments have been extremely expensive in terms of terrestrial resources and have yielded few extra-terrestrial resources—useless moon rocks that some fledgling astronaut managed to steal from NASA in a bungled attempt to sell them for their collector’s value, plus some space tourism for a few billionaires to take orbital joyrides. On the positive side of the ledger, we can list communications satellites but they are oriented to earth, and while they can help us use Earth’s resources more efficiently, they do not bring in new resources. And apparently some orbits are getting crowded with satellite carcasses.

Robotic space exploration is a lot cheaper than manned space missions, and may (or may not) yield knowledge worth the investment to a society that cannot afford basic necessities and elementary education for many. The opportunity cost of indulging the expensive curiosity of a few is to leave undeveloped the capacities of many. Were it not for the heavy military connection (muted in the official NASA propaganda) we would probably be spending much less on space. Cuts in NASA’s budget have led to the over-hyped reaction by the “space community” in proclaiming a pseudo-religious technical quest to discover “whether or not we are alone in the universe,” as opposed to how to zap other Earthlings with laser beams from space. Another major goal is to find a planet suitable for colonization by Earthlings. The latter is sometimes justified by the observation that since we are clearly destroying the earth we need a new home—to also destroy?

The numbers—astronomical distances and time scales—effectively rule out dreams of space colonization. But another consideration is equally daunting. If we are unable to control population and production growth on earth, which is our forgiving and natural home, out of which we were created and with which we have evolved and adapted, then what makes us think we can live as aliens within the much tighter and unforgiving discipline of a space colony on a dead rock in a cold vacuum? There we would encounter limits to growth raised to the hundredth power. Sorry for being such a “pessimist!”

3. Without economic growth, all progress is at an end.

On the contrary, without growth (now actually uneconomic growth if correctly measured), true progress finally will have a chance. As ecological economists have long argued, growth is a quantitative physical increase in the matter-energy throughput, the metabolic maintenance flow of the economy beginning with depletion and ending with pollution. Development, in contrast, is qualitative improvement in the capacity of a given throughput to provide for the maintenance and enjoyment of life in community. The main ways to develop are through technical improvement in resource efficiency, and ethical improvement in our wants and priorities.

Development without growth beyond the Earth’s carrying capacity is true progress. Growth means larger jaws and a bigger digestive tract for more rapidly converting more resources into more waste, in the service of unexamined and frequently destructive individual wants. Development means better digestion of a non-growing throughput and more worthy and satisfying goals to which our life energies could be devoted.