Recently I ventured to Toronto to interview Peter Victor, author of Managing without Growth: Slower by Design, Not Disaster, for my GrowthBusters documentary. Victor has done some impressive modeling to show wealthy nations can reduce their pace of economic growth toward a steady state without a lot of pain. Of course those unfamiliar with limits to growth might asky why we should do that. Victor writes (and many agree) that rich nations need to give up economic growth so poor nations have room to grow on this finite planet. I’ll be the first to say that is only fair.

But I have to wonder, do we really want to recommend economic growth as a policy goal for any nation? The success of modern nations in our quest for unending economic growth is largely responsible for the ecological crises we face. We’ve taken a detour off the path to true happiness and fulfillment; why encourage others to follow? If we work to enable populations to have “their fair share” of economic growth, aren’t we just like a drug-pusher? “Come on. Give it a try. It’ll blow your mind. Everyone’s doing it!” It seems Peter Victor (and many others) would have us use less of the drug so we can distribute it more widely and get others hooked.

Maybe “economic growth” isn’t the right goal for the nations who aren’t already addicted. Certainly their people are entitled to have a good life – to have needs met and live happy, fulfilled lives. And conventional wisdom is that economic growth lifts people out of poverty. In my view, there are just two problems with hanging your hat on that concept. First, there is a growing body of evidence that economic growth does not correlate strongly with better lives. Second, we’ve now proven economic growth is not a sound long-term strategy. We in the richer world are struggling mightily to get unhooked from our dependence on economic growth, which, as ecological economist Herman Daly likes to remind us, has become “uneconomic.” So, can we do the rest of the world a favor and not entice them to become fellow addicts, setting them up to go down a difficult and destructive path?

I’m not denying that increasing income, up to a point, does have an impact on happiness. And I’m not denying the current arrangement between haves and have-nots is inequitable. It is a sad truth that the rich world has already commandeered the lion’s share of Earth’s resources. The developing world is too late to the party and can’t join the dance. But it turns out the dance we’ve been tripping out to is not the answer. So I’m suggesting we recommend a dance that is not the dance of death, a dance that will bring real fulfillment and happiness, not the hedonic treadmill and empty illusion of prosperity from increasing material consumption.

Even if developing nations temporarily require some components of economic growth to reduce hunger, disease and poverty, let’s not brand it “economic growth.” Let’s at least change the vocabulary. Let’s more narrowly define what we recommend to them. Rather than the open-ended term, “growth,” let’s opt for “sufficiency.” Otherwise we’ll greatly increase the population of growth addicts struggling to get into a recovery program.

Dave Gardner is currently finishing up the documentary, GrowthBusters: Hooked on Growth, and is a founding member of Growthbusters, a global network inspiring and equipping people everywhere to make the wellbeing of people and the planet our most urgent priority, without relying on growth to make it happen. For more information on the movement or the film, visit www.growthbusters.org. 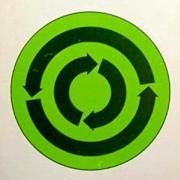 The Top Three Actions to Fix the Economy
6 replies

Opportunities for a Different Economy in 2011 What if We Stopped Fighting For Preservation?
Scroll to top
$